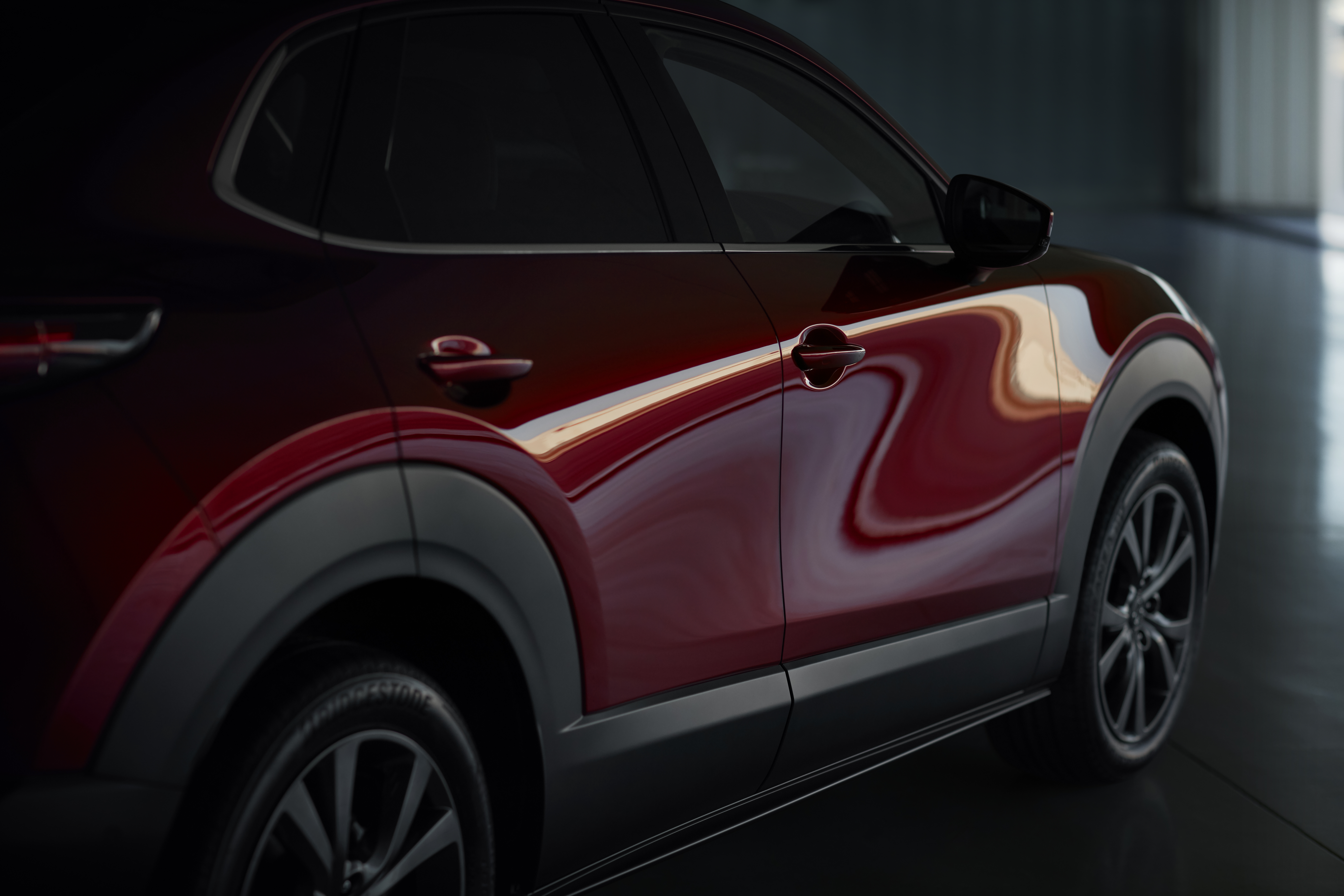 The Mazda CX-30 and MX-30 have both been recognised in the ‘Red Dot: Product Design 2020’ awards. The CX-30 compact SUV and Mazda’s first all-electric car, the MX-30, join the growing list of award-winning Mazda models designed under the Kodo: Soul of Motion philosophy.

The new Mazda CX-30 is the second production model created with the latest evolution of the Kodo design philosophy – artful design, rooted in traditional Japanese aesthetics. The honing of every element according to the ‘less is more’ principle has resulted in clean, beautiful surfaces on the CX-30 and brought an entirely original look to the compact crossover SUV segment.

“The Japanese master craftsmen have always prized simplicity of form, of being beautifully pure,” says Jo Stenuit, Mazda’s European Design Director. “This inspired our designers to trim back elements and create something dynamic yet elegant, restrained yet vital. This is how we perceive Japanese aesthetics – a sensibility that has created emotionally moving cars.”

Though retaining the beautiful, hand-crafted forms of Kodo design, the styling of the Mazda MX-30 represents an exploration of a more modern aesthetic which focuses on the futuristic values and lifestyles that are beginning to emerge.

“This new approach has resulted in an original design that embodies the expansion of Kodo’s expressive range,” explains Mazda MX-30 Chief Designer Youichi Matsuda. “The exterior is uncompromisingly simple to emphasise its beauty as a solid mass, and the cabin design – with its framed top and freestyle doors – embodies an image of lightness while proactively incorporating sustainability as an element for the interior materials.. As we begin an era of great change, we want the Mazda MX-30 to show people that our cars can still deliver pure joy of driving.”

“The winners of the Red Dot Award have proved that they have created excellent products worthy of winning an award,” says professor Dr. Peter Zec, founder and CEO of Red Dot. “The products won over the jury not only through their aesthetics, but also thanks to their incomparable functionality. With their designs, the award winners are setting new standards in their industry.”

Initiated in 1955, Red Dot is one of the world’s largest design competitions. The product design winners, selected this year in 48 categories including cars & motorcycles, have earned the right to use the Red Dot symbol, an international seal of excellence.