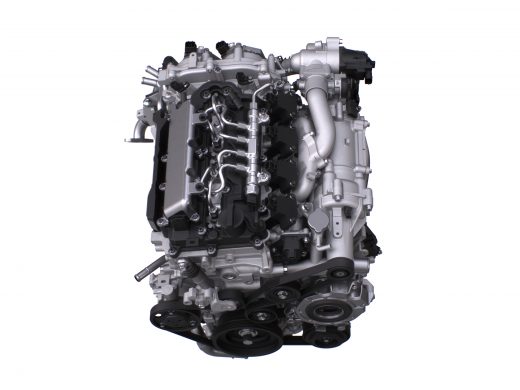 One of the principle points of focus in Mazda’s long-term technology development strategy, Sustainable Zoom-Zoom 2030, is the need to significantly lower CO2 emissions while offering cars that are both great to drive and reduce running costs through improved fuel consumption. Mazda is committed to reducing its corporate average ‘Well-to-Wheel’ CO2 emissions to 50% of 2010 levels by 2030, and to 90% by 2050. 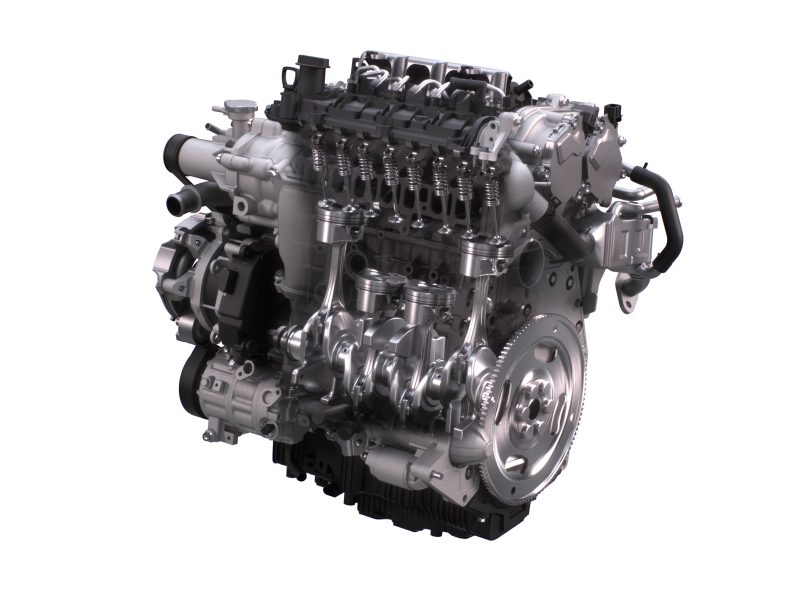 Powered by petrol, the SKYACTIV-X SPCCI engine offers Mazda customers outstanding power, acceleration and environmental performance by combining the best attributes of both spark and compression ignition. With two thirds of global electricity production currently relying on the use of fossil fuels, Mazda believes regulations placing the emissions of an EV (electric vehicle) at zero to be disingenuous. Indeed, when converted to a ‘Well-to-Wheel’ figure, the average CO2 emissions of an EV can be very close to a conventional vehicle depending on the energy mix the electricity is made from.

Thus recognising that electric powertrains do not, in fact, currently satisfy society’s wish for a drastic reduction in greenhouse gas emissions, Mazda is focusing on bettering the real-world emissions of EVs by maximising the efficiency of the internal combustion engine. Accordingly, Mazda has been looking to significantly reduce CO2 emissions from petrol engines based on the analysis of combustion control factors. One of the key control factors is the use of a highly lean mixture of air and fuel: 2-3 times leaner than in today’s conventional engines. This mixture has so little fuel in the air that a normal engine with spark plugs cannot fire it.

Mazda already uses uniquely high compression ratios on its current SKYACTIV petrol engines to reduce fuel consumption, so this lead to the idea of increasing the compression ratio even further and igniting the fuel simply by compression as is the norm in modern diesel engines. However, in past decades this approach has been researched several times by various Original Equipment Manufacturers without development moving beyond the laboratory; the problem being the very small operating area in which a stable and predictable combustion was achievable.

So Mazda rethought the whole process and developed its own proprietary combustion method -Spark Controlled Compression Ignition (SPCCI) and the company’s new 2.0 litre SKYACTIV-X engine that uses this process.

With SPCCI, the engine injects a lean air-fuel mixture, compressing it up to 16:1 which is just below the level required to achieve compression ignition. To ignite the mixture at the right time, a small injection of atomised fuel directly around the spark plug builds a richer core. When fired, this small core creates a pressure wave that runs through the combustion chamber, increasing the compression and temperature to the critical point where the main body of fuel combusts. The power variation can be controlled via the aspired first charge and by a second charge injected shortly before the piston has reached its optimal position. This greatly extends the area of lean operation and promotes very high fuel economy. Conventional combustion is used only at high engine loads and during very cold starts. 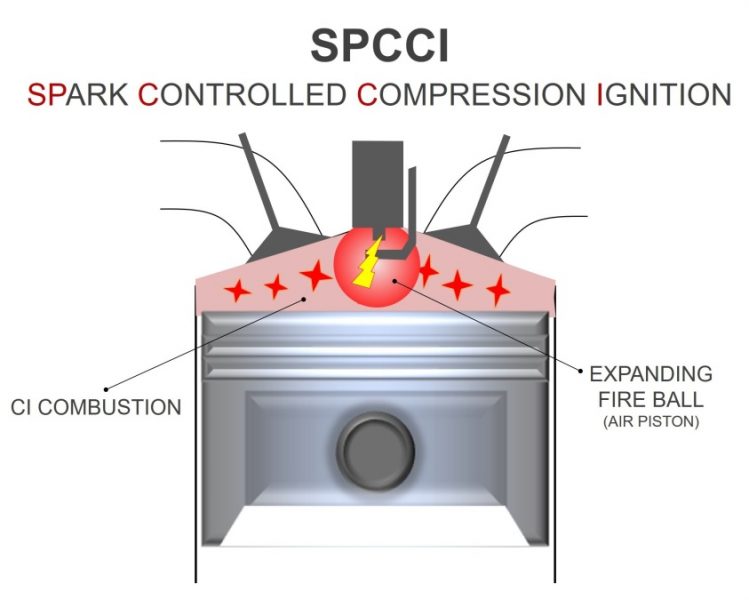 By controlling the compression ignition with a spark plug, the issues of knocking and unstable combustion can be avoided, achieving a seamless transition between compression ignition and spark ignition. This means the engine can run more than 80% of time in a very efficient mode. In areas where low vehicle speeds are used frequently, fuel economy can be improved by up to 30% and CO2 emissions reduced by a corresponding amount thanks to the use of super lean combustion. Compared to the MZR engine of 2008, fuel economy is improved a dramatic 35-40%, and SKYACTIV-X even equals or exceeds Mazda’s latest SKYACTIV-D diesel engine in fuel efficiency.

With improvements being especially great in the light engine load range, SKYACTIV-X challenges the commonly-held belief that medium petrol engines have poor fuel economy in cities. The range within which the engine is able to deliver excellent fuel economy has been dramatically expanded with the use of the SKYACTIV-X, meaning that this system is able to deliver lower fuel consumption than ever before in a wide range of driving scenarios, including both urban and long-distance motorway driving. 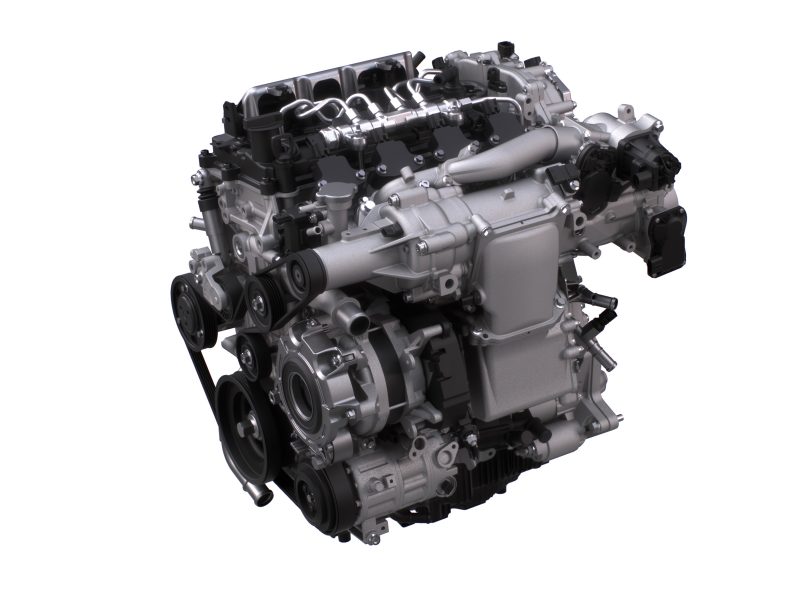