Double win for Mazda at the 2020 What Car? Awards 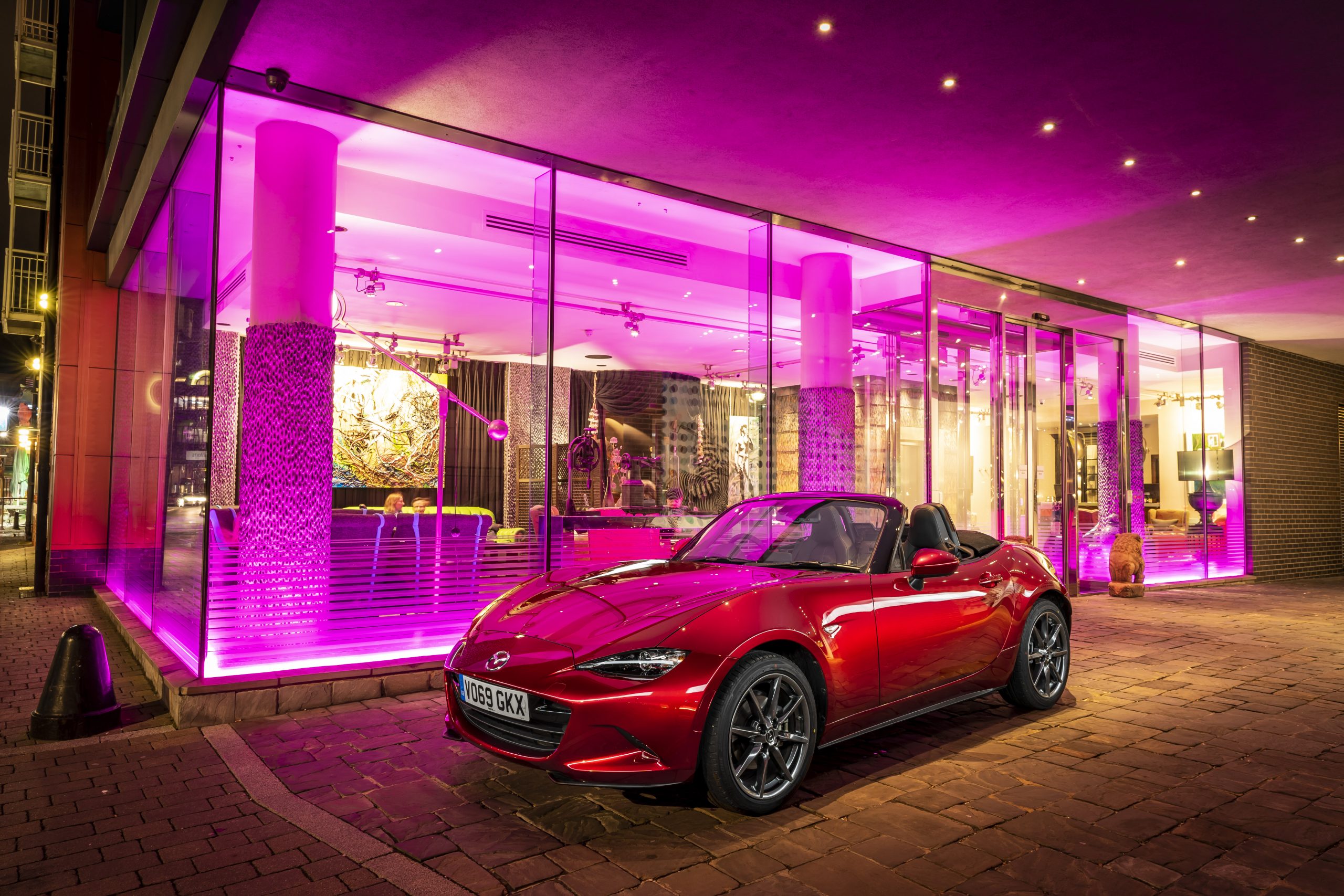 Mazda is celebrating an award-winning start to its centenary year with the brand’s most coveted vehicle: the Mazda MX-5 – being named Best Sports Car for less than £30,000and the Mazda CX-5 awarded Best Large SUV for under £28,000 at the annual What Car? Awards.

Since its debut at the 1989 Chicago Motor Show, the Mazda MX-5 has perfectly embodied Mazda’s famous Jinba Ittai ‘car-and-driver as one’ ethos, which combined with its style, fun factor and affordability has seen it become world’s bestselling two-seater sports car. With What Car?’s latest recognition, the current fourth-generation of Mazda’s iconic sports car has won an award from What Car? every year since its debut.

Now available to order and arriving in dealerships in February, the updated 2020 Mazda MX-5 will see the debut of the GT Sport Tech flagship model for both Convertible and RF Retractable Fastback body styles. Marked out by 17-inch BBS alloy wheels, the eye-catching flagship model will feature Burgundy Nappa leather seats, while across the whole range the MX-5 is available with Polymetal Grey Metallic paint for the first time.

Commenting on its victory, What Car? Editor Steve Huntingford said: “if you have £250 burning a hole each month and want the most enjoyable thing on four wheels instead, the answer is the Mazda MX-5. It’s tiny, for a start, so you can thread it along narrow B-roads without worrying about clashing mirrors with someone, while grip levels are fairly modest. That might not sound great for a sports car, but actually it means you can really explore the playful handling without having to travel at warp factor nine. With the option to fold the roof down for some topless fun and generous standard equipment, the MX-5 fully deserves to win its price point.”

Since its launch in 2012, the Mazda CX-5 has been praised for its performance, standard equipment and high quality interior. This year, the CX-5 2.0 Skyactiv-G 165ps 2WD SE-L Nav+ model has been crowned Best Large SUV for under £28,000.

What Car? Editor Steve Huntingford continues “the Mazda CX-5 has no problem taking care of busy family life. There’s decent room on its rear bench for six-footers, while its boot is big enough for a pair of pushchairs. And folding its rear seats down leaves a flat extended bay to make loading easy. The CX-5 also claims points by being more rewarding to drive than any of its rivals. Its 2.0-litre petrol engine is a strong, refined performer, while the confidence-inspiring handling that comes from plenty of grip and minimal body lean through corners means you can have fun on country roads. The slick manual gearbox even gives whiffs of Mazda’s MX-5 sports car.”

Commenting on the double award win, Jeremy Thomson, Managing Director Mazda UK said: “What a fantastic result for the Mazda MX-5 and CX-5. The MX-5 is a sports car that has resonated with enthusiastic British drivers ever since its debut and remains true to the original principle of being an affordable, lightweight and above all fun-to-drive roadster.”

Adding, “the CX-5 showcases how Mazda can make an SUV that’s stylish, great to drive and capable of luring customers from premium badged rivals. The award-winning CX-5 2.0 Skyactiv-G 2WD SE-L Nav+ model offers high levels of sophistication to our large SUV, and its outstanding balance of ride and handling demonstrates Mazda’s continuous commitment to driver engagement, which alongside its style, quality and value makes it a winner.”