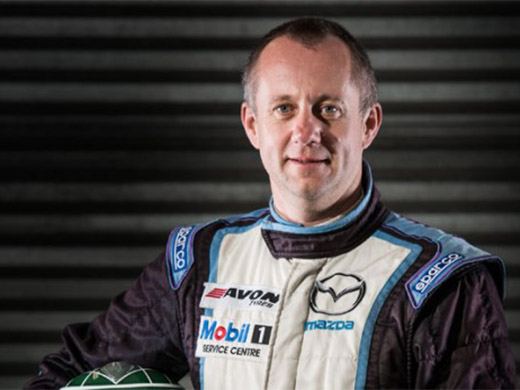 The Birkett 6 Hour relay race organised by the 750 Motor Club is a unique event within the UK’s Motor Sport calendar and is the culmination of the Club Racing Season.

The 2013 race saw over 70 teams of between four and six drivers and cars competing in a unique relay race around the Silverstone Grand Prix (GP) Circuit. Each team has to lap the circuit as many times as they can within the six hours, with only one of their cars running at a time. As one comes into the pit lane, the next can be dispatched out onto the circuit. Entry is restricted to sports and saloon cars; which results in a very diverse mix of cars on the track, everything from a Smart Car to modern Aerodynamic Sports Cars such as Radicals plus, a plethora of Caterhams, BMW’s and Jaguars to mention a few.

The event is really two events in one. In addition to trying to win outright by recording the most laps, there is also a handicap classification. Each team is credited a certain number of laps before the race has started depending on its presumed performance, much like a Golf handicap system. This means that the faster teams have to complete more laps before ‘overtaking’ the slower teams in the handicap classification – Confused – I certainly was/am!!.

Qualifying:
The Birkett does not have a true qualifying system, instead the organisers compile a grid based on ?? – well I’m not sure what really.

We were allocated grid slot 63 on row 32, so it didn’t really matter that my team mates of Owen Mildenhall, Jethro Bovingdon and myself all qualified in the top eight overall in the first three sessions. However, it gave us confidence that we would have a strong and enjoyable race if the weather remained wet as it had been in qualifying.

Race – Six hours:
To my immense satisfaction the race was to start in conditions similar to those in qualifying although the track was slightly dryer in places. Sam Hignett, Jota Team Principle, and myself made a last minute call to the team to replace the new wet tyres that had been fitted to the car with some scrubbed wets. This was the right call, as the track had no standing water but was nowhere near ready for slicks.

I lined the car up in our 63rd position realising that we were so far back around Woodcote corner that I couldn’t even see the starting light gantry. In all of my racing career I can gladly say that I have never had to endure such a lowly starting position, and we were only there because the organisers had put us there.

Remembering my bold claims I had made to our guests in the hospitality suite that I would get into the top ten positions within four laps, I sat patiently waiting for sight of any of the rows infront of me moving which would indicate the start of the race!!

I was intent on making rapid progress and was completely confident in our Mazda MX-5 Production Race Car in these treacherous conditions. Our cars have the standard 2-Litre 160ps engine and the standard six-speed sport gearbox. Coupled with slightly uprated brakes and suspension components and the usual safety equipment required for racing, the cars remain very standard. As with all Mazda MX-5’s the weight distribution and chassis balance are phenomenal and perfect for tricky conditions.

The first lap of the race was by far the most entertaining of all my racing career to date. I was able to place the MX-5 where ever I wanted to and with utter confidence was overtaking people on the inside, outside and every which way I could. It was so comical to overtake so many cars in one lap that it felt as though I was in an old cartoon sketch from Whacky Races. By the time I crossed the line after the first lap I had gained 38 places and was in 25th place overall. It didn’t stop there, overtaking several more cars over the next few laps I settled into the remaining part of my 1hr stint in 16th position overall. For the first time our cars were equipped with Live Streaming camera’s that relayed all of the live action to monitors in the pit garage and into our hospitality suite. Whilst this adds a little of ‘big brother’ and there would be nowhere to hide if I had made a mistake, it was fantastic for our sponsors and guests to feel as though they were in the car with me during this epic part of the race.

The Mazda MX-5 ran faultlessly, as we always expect of these fantastic cars, and I enjoyed every single minute behind the wheel quite often laughing at the fact we were overtaking and leading cars with substantially more horsepower and modifications. All too soon my pit board requested I pit to allow Owen to start his 1hr stint. I pitted in 12th place overall and handed the car to our Jota Engineers to service and prepare for the 3rd stint that Jethro was due to start in another hours time.

Settling into being a spectator for the rest of the five hours I was very pleased to then be told by the team that they wanted me to do another 30 minute stint near the end of the race.

By the time I was back on track it had dried significantly and the cars had been on slicks since the 3rd hour of the race. This meant we had been at the mercy of the more powerful cars on Silverstone’s three long straights but the handling and agility of the Mazda MX-5 had kept us in the middle of the 70 car field. It was again great fun to drive the car, this time on slicks, and to pitch ourselves against a wide range of cars and drivers. I have to admit to being frustrated by one gentleman in a light weight Sports Saloon that continually compromised my laps by going past me on the straights and then only to trip me up in the corners. Corner after corner, lap after lap, I would overtake him in the technical bits (that I call the corners), for him to then overtake me back on the straights (which I call the easy bits)!!!. Still, that is the nature of the Birkett and I loved it.