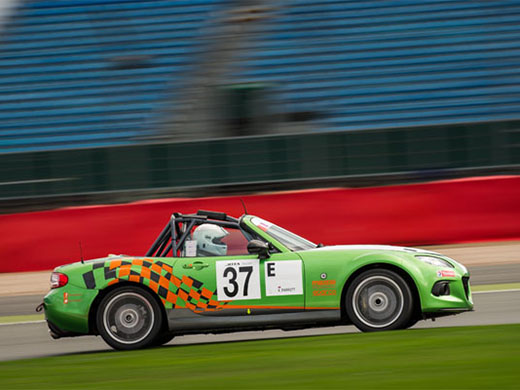 Mazda’s six-strong team put on quite a show at Silverstone over the weekend, piloting a pair of race-tuned MX-5’s around the track for six straight hours.

The team finished the race towards the middle of the pack, but did have a sniff of the lead during the early stages.

The most important thing though was that both cars completed the race in one piece and each of the four amateurs had a rare chance to experience some high-octane thrills and action around the home of British Motorsport.

Here are some of the best shots from what was was a hugely enjoyable and successful day for everyone involved.