Mazda takes a 1-2 at Daytona as IMSA racing resumes 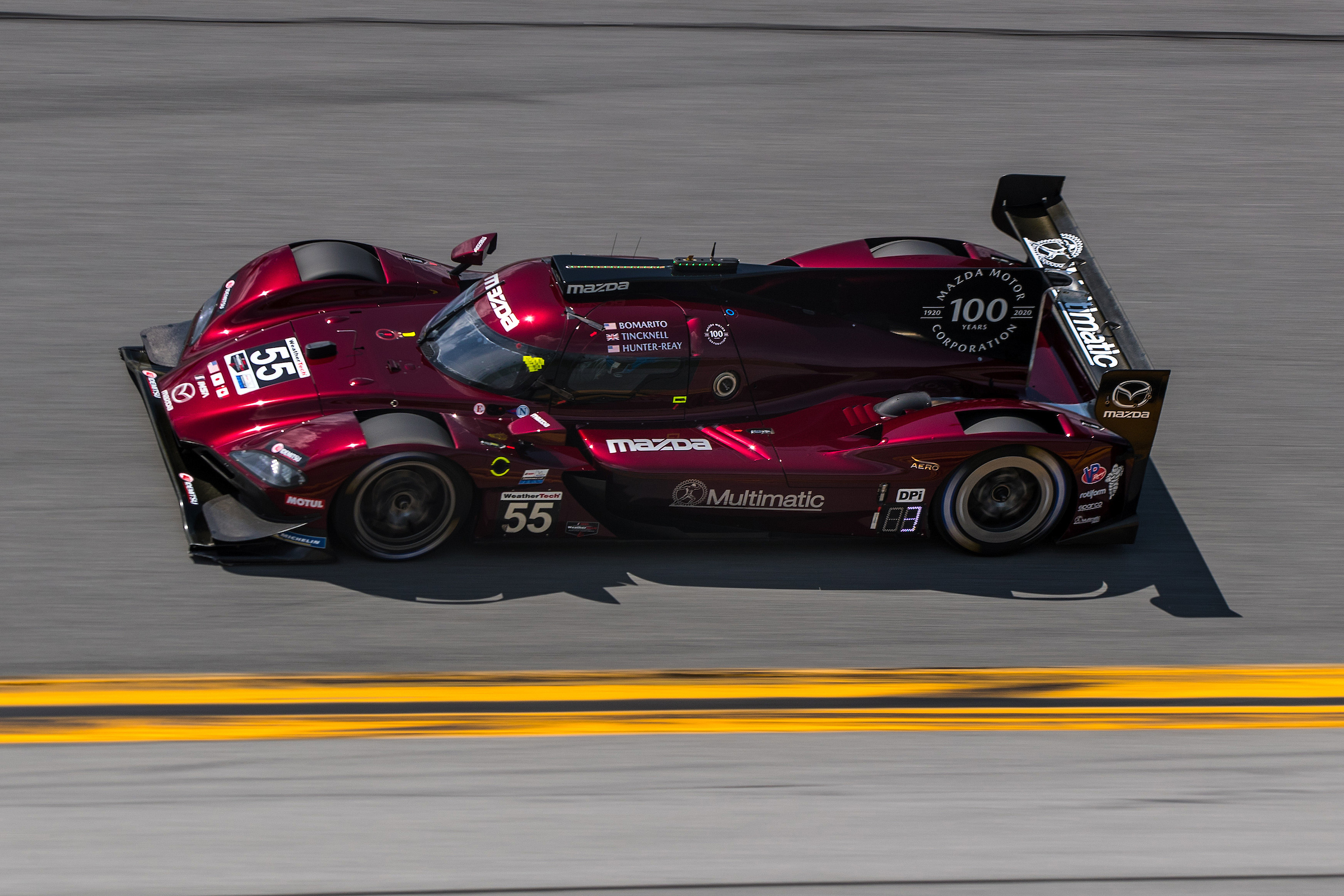 Mazda Motorsports is celebrating an emphatic 1-2 finish at the WeatherTech 240 at Daytona Raceway in Florida, the first IMSA race to be held since the outbreak of Covid-19 and the first race since Multimatic Motorsports took the operational helm of the Mazda Motorsports DPi race programme.

It was British driver Harry Tincknell who crossed the line as the winner in the number 55 Mazda, after two hours and 40 minutes of thrilling racing on the 4th July. He was followed closely by his countryman, Oliver Jarvis in the sister number 77 Mazda. Along with their respective team mates, Americans Jonathan Bomarito and Tristan Nunez, all four Mazda drivers put on an outstanding driving display to entertain a global audience following the action on television and online.

The 1-2 sweep occurred almost to the day since Tincknell and Bomarito took the first win for the Mazda RT24-P, at Watkins Glen in 2019, along with team mate Olivier Pla. It is a dream start for a team that has worked incredibly hard in the weeks leading up to the race.

After qualifying in second and third places respectively, the Mazdas ran fast and faultlessly throughout the race. The start was delayed by 45 minutes due to lightning strikes close to the track so when the race got underway, the drivers were faced with a wet but drying track from earlier rain, which presented the drivers with new surprises on every lap.

Jarvis and Bomarito took the start on ‘wets’ but after 15 minutes of racing they were both ready to switch to slick tyres. From there, they didn’t look back, enjoying close battles with the Team Penske car but always keeping the upper hand. After relentlessly working on pitstop drills over recent weeks, the team was faultless in the pits and the driver changes to Nunez and Tincknell went without a hitch.

Driver of the number 55 Mazda, Harry Tincknell said: “We knew from the first practice session that the car was fast.  JB (Bomarito) had a great run in very difficult conditions at the start and kept his head really well. A few teams went off strategy by starting on slicks so it jumbled the race up a bit but once it went fully dry the Mazda was the car to have and JB put me in a fantastic position to go and win the race. From my side it was fairly relaxed; if you could ever call an IMSA race ‘relaxed’. The car was fantastic, the pits stops were great so I was the lucky one who had the pleasure of driving a fast car all the way to the flag.”

The past few weeks have been a busy and difficult time for the Multimatic Motorsports team. Taking on a full race programme during a global pandemic is no mean feat and every member of the team has had to make sacrifices for this result, as Tincknell explains.

“All credit goes to the team who have been so busy dealing with the challenges of a global pandemic. They have all made sacrifices to get us to this point, staying away from their families, and their efforts shouldn’t be underestimated. To take on a race programme like this, with all the current restrictions, then come here and get a 1-2 result is outstanding and makes it all worthwhile. On a personal level I am delighted to take this win so soon after Multimatic announced I am here for the long haul. Onwards to Sebring!”

This result, combined with January’s Rolex 24 at Daytona result, means that the number 77 Mazda now leads the IMSA SportsCar Championship and the number 55 Mazda is tied for second place. The next race takes place at Sebring International Raceway on July 18th.