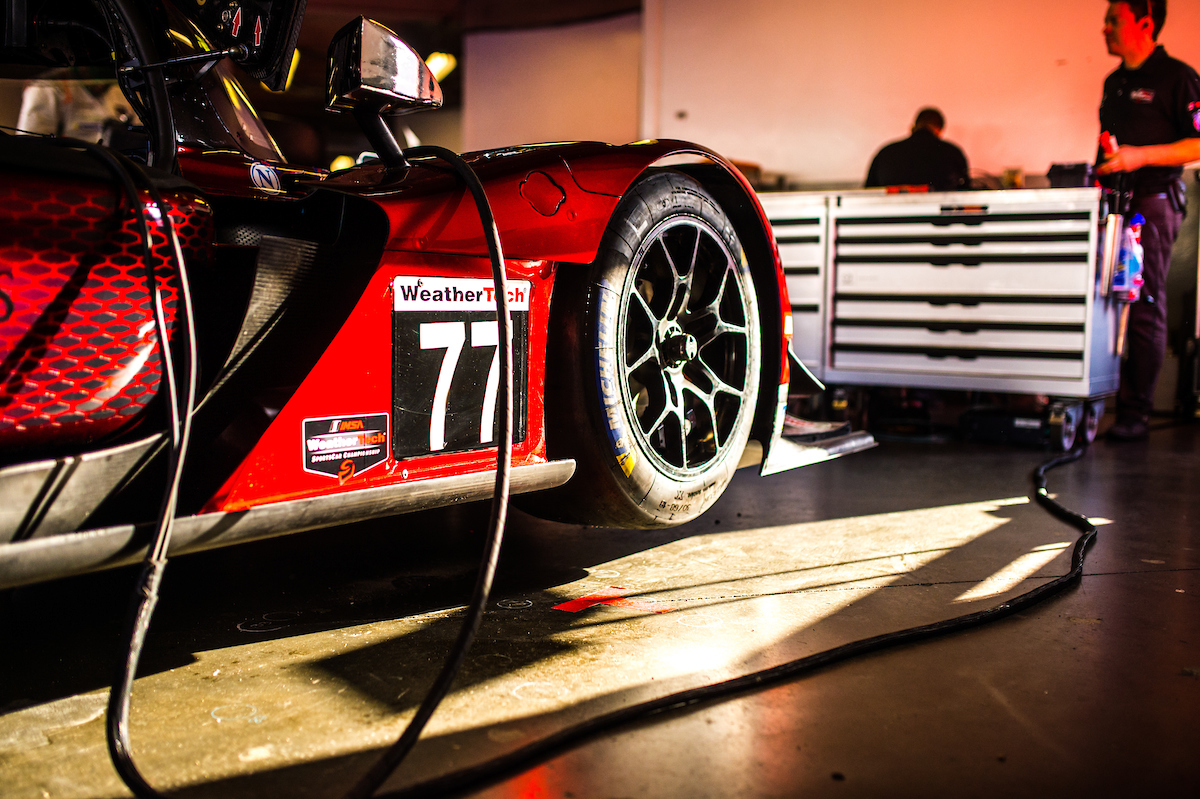 Driven by Oliver Jarvis, the No. 77 Mazda RT24-P lapped the Daytona International Speedway road course faster than any other car in history in Thursday’s qualifying for the Daytona 24 Hours. Jarvis not only captured the overall pole position but broke the 26-year-old course record on the 3.56-mile road course.

“Everyone at Mazda is appreciative of IMSA to give us the chance to showcase our brand here in this championship. It’s been a good month. The Roar was good and today was good, but this weekend is what it’s all about and we hope that it can be a great end to what has been a good month. Everyone involved with Mazda Team Joest – Multimatic, AER, and these drivers – have been absolutely non-stop and we are very, very proud of the results we are seeing from their effort. All that effort has resulted in Mazda’s first pole position at this race. We have been in touch with the Gurney family since we unofficially went under the track record at the Roar Before the 24, and we are really pleased to honor them with this track record.”

“It’s a great day for the Mazda program. All of the Mazda Team Joest guys have worked so hard since the checkered flag fell at Petit Le Mans last year, and having our cars start first and fourth for the Rolex 24 at Daytona is proof of that. Obviously, the Mazda RT24-P has a lot of pace, but we also know we have a car that will be good for the race and I’m looking forward to taking the green flag on Saturday afternoon.”

“The most important thing for us was to get the pole. Since the Roar, I’ve gotten a better understanding of what it means to have the course record. For that record to stand for 26 years is incredible, and I wasn’t sure that we could beat it today because of the rain that we had this morning. I think for us and for Mazda Team Joest, it’s the icing on the cake, because we worked so hard. There’s been no off-season, and this is the result of all the hard work that’s gone in back at the workshop. For me, it’s very special to achieve my first pole with Mazda, but also to beat such a longstanding, impressive record is something special.”