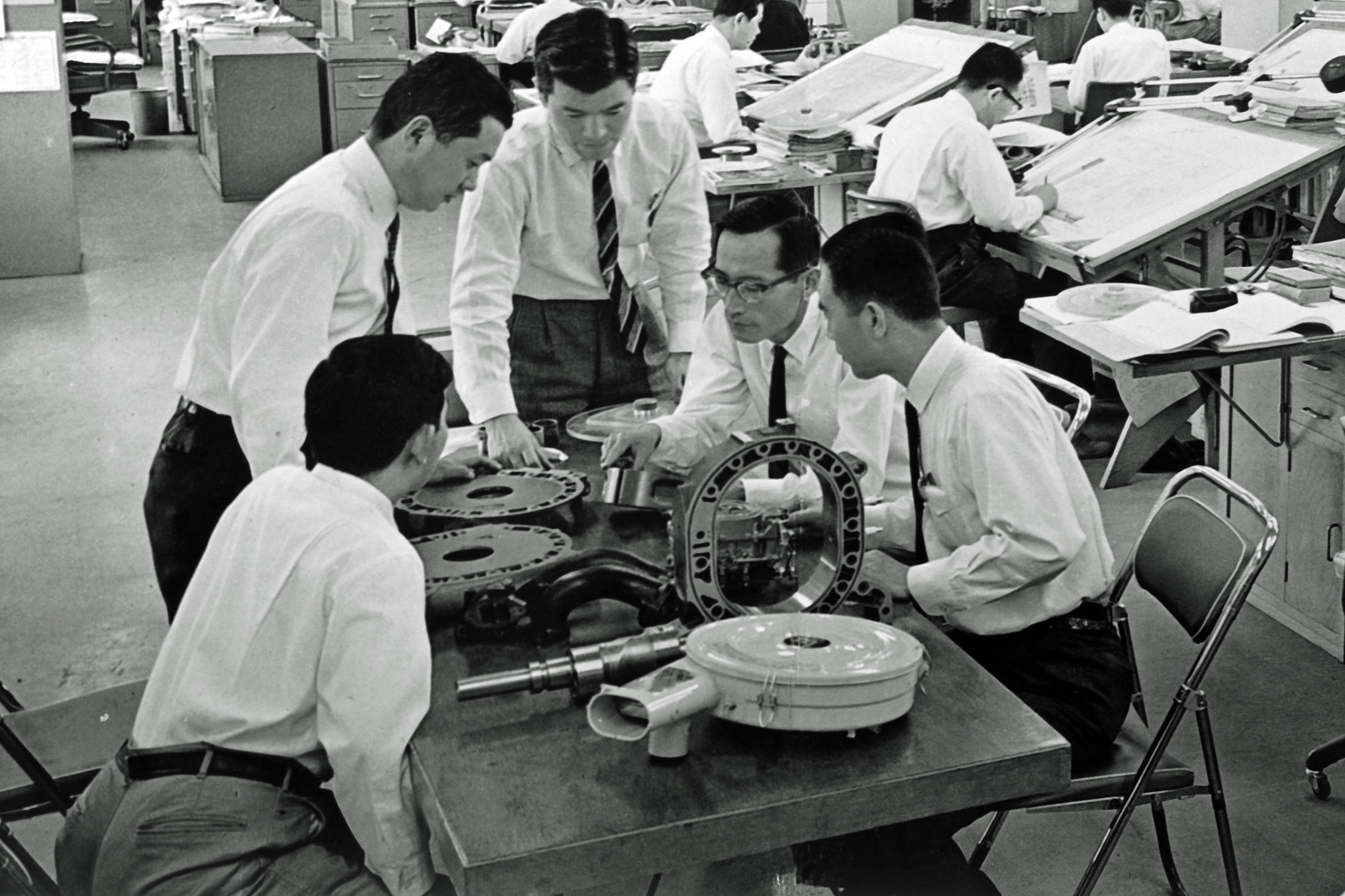 This year Mazda celebrates 100 years from its cork producing roots as the Toyo Cork Kogyo Company in 1920, turning to manufacturing machine tools in 1929, then, as the needs of the world changed,   identifying a new opportunity in 1931 to build three-wheel trucks.  The Toyo Kogyo Company continued to manufacture machine tools alongside the three-wheel trucks, expanding its car production capability in 1960 to produce the Mazda R360 Coupe – Mazda’s first passenger car.

It was from this point that the Toyo Kogo Company really started to make an impression on the automotive world with four new vehicles produced in just four years and cumulative vehicle production reaching a million by 1963.  By 1970 the company was producing twelve vehicles and with the accumulative production figure approaching five million it had already developed engine technology that no other manufacturer had been able to perfect – the rotary engine.

Then, as now, Mazda was a fiercely independent manufacturing company with engineering at its heart.  Over the years it has attracted some of the best engineering minds and, despite its small size in automotive terms, producing 1.6 million cars a year, it has developed a significant number of world firsts, demonstrating the strength and independent thinking of this innovative company. While much has been written about Mazda’s cars – from the rotary Cosmo, RX-7 and RX-8, to motorsport success in the IMSA championship, the famous Le Mans victory, and the huge international success of the MX-5, to the way Mazda has created true driver’s cars, it is the engineering behind Mazda products that delivers these successes.

At the heart of every car is the engine, and in their quest to develop the perfect combustion method, Mazda has developed some of the industry’s most interesting power units over the years. In the 1960’s Mazda saw the potential of the rotary engine, the ability to develop high power from a lightweight, small capacity engine with a smooth operation due to rotating parts rather than reciprocating movement.  The unique characteristics of the rotary all contributed to the driving experience that has made Mazda rotary engine cars a favourite of drivers the world over and brought motorsport success to Mazda over the last fifty years.

Mazda has never been one to follow the herd and in 1995 it was the first automotive manufacturer to develop and use a Miller Cycle engine, initially in the Mazda Xedos9 and more recently the Mazda2 in Japan.  Previously limited to large capacity engines, the Miller cycle engine was used in ships and trains, it improves efficiency through reduced pumping losses and is used to control NOx at high engine load by reducing the temperature at full compression.

The production process also benefited from the low compression ratio of the diesel engine.  With a compression ratio of 14:1 the diesel engine can be constructed entirely from aluminium, this led to a standardisation of diesel and petrol engine manufacturing, allowing them to be made on the same line with the same machining processes, this was an industry first. The engines share combustion characteristics, and therefore the same calibration process, with the engine blocks having the same conveyor points and machining points. Mazda’s engineers cut a 45-step machining process for each different engine on a dedicated assembly line down to just four steps for any engine on the same line.

While the engine remains at the heart of the car there are many other technologies that contribute to improving environmental credentials.  Plastic manufacturing and recycling has been a concern for Mazda for over three decades with a focus on research and development. Mazda recognised the need to recycle plastic in the early 1990’s, publishing the Mazda Environmental Charter. In 1992 Mazda was the first manufacturer to recycle bumpers, initially just using the recycled plastic for hidden parts such as undertrays. By 2011 Mazda had developed a world-first recycling technology, which enhanced the process it uses to recycle used bumpers from vehicles whose useful life has ended into raw plastic resin for use in new vehicle bumpers. The recycled materials first started being used in the rear bumper of the Mazda Biante minivan.

It was not just recycling; Mazda thinking was very much focused on how to reduce the use of fossil fuels in the production of plastic and it has proactively developed technologies in the biomass field for a number of years. To date, under the “Mazda Biotech material” name, the company has succeeded in developing the automotive industry’s first high-strength heat-resistant plant-derived bioplastic for interior parts, and, in 2007, the world’s first biofabric for vehicle seat upholstery made entirely from plant-derived fibre.  In 2015 Mazda developed the world’s first bio-plastic that was of a high enough quality to be used in design decoration parts on the Mazda MX-5 and then on CX-5, CX-30 and MX-30.

Turning their attention to the painting process, Mazda achieved world-class low CO2 emission levels with the implementation of the Three Layer Wet Paint System in 2002. Then in 2009 Mazda developed the Aqua-tech paint system to create one of the most environmentally-friendly automotive paint systems in the world.  It reduces emissions of volatile organic compounds (VOC) by 78% compared to Mazda’s previous oil-based paint systems without increasing energy consumption (and associated CO2 emissions) which was already one of the lowest of any paint system in the world.

As the world turned its focus onto car emissions in the 1990s, Mazda unveiled the HRX-1 hydrogen powered concept car at Tokyo motor show in 1991. Hydrogen as the motive power for a car has the environmental benefit of the exhaust emissions being water, but to develop a standard reciprocating engine to run on hydrogen requires expensive modification. With a long heritage in developing the rotary engine, Mazda engineers recognised the potential to run the rotary on hydrogen because of the unique way the engine combusts, meaning the expensive modifications required to convert a reciprocating engine to hydrogen did not apply to a rotary.

In 2006 Mazda became the world’s first company to commercially lease hydrogen powered rotary engine cars with the hydrogen Mazda RX-8 RE. In 2007 Mazda developed the world’s first catalyst material using single nanotechnology with two main features to inhibit the thermal deterioration caused by the agglomeration of precious metal particles and offer a significant improvement in oxygen absorption and release rates for enhanced emissions clearing purification.  With these features, the amount of precious metals needed to ensure the same level of effectiveness is reduced by 70 to 90% compared to previous products. At the same time, the performance of the catalytic converter is almost unaffected by harsh driving styles.

Mazda has many other world firsts in its 100-year history, most notably these include Henry Wallace becoming the first non-Japanese president for a Japanese automotive company in 1996.  In 2003 Mazda developed a world first aluminium joining technology using friction and then in 2005 developed the world’s first steel to aluminium friction welding technology.

As Mazda continues in its quest to create the world’s most efficient internal combustion engine and the most environmentally friendly production techniques and materials Mazda will continue to create world firsts that benefit both the customer and environment.