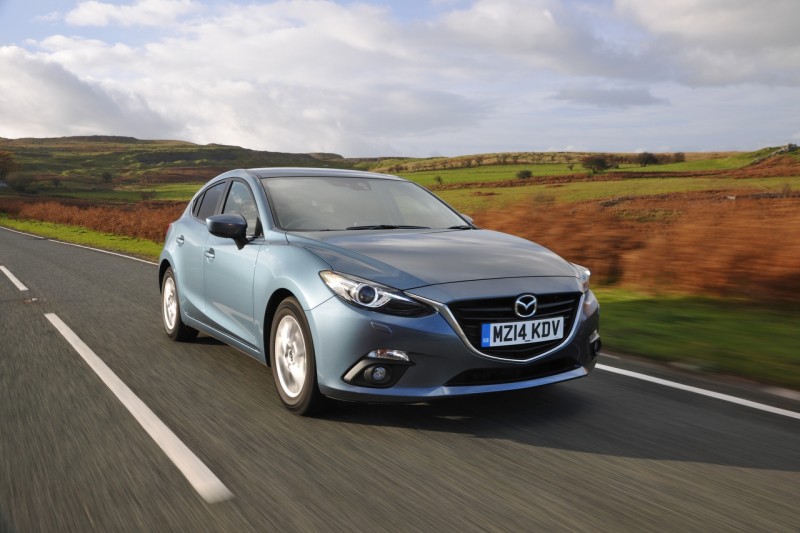 Mazda UK sales soared by 27.14 percent in the first half of the year to 19,887 units, almost three times as fast as the industry average growth of 10.6 percent and Mazda’s best half-year performance since the end of the scrappage scheme more than four years ago.

Sales in June were up 8.96 percent over 2013 levels at 2,700 units for a 1.18 percent share of the UK’s new car market. This was also well up on the industry average growth for the month of 6.2 percent as UK car sales continue their strong recovery, reaching almost 1.3 million units so far this year, according to figures from the Society of Motor Manufacturers and Traders.

The newly-launched Mazda3 recorded year-on-year growth of 56 percent to hit 4,590 units.
Mazda6, now well into its second year of UK sales after its launch in January 2013, was also a strong performer, with sales up 53 percent to 4,439 units.

Sales of the award-winning Mazda CX-5 were up 70 percent at 4,013 units as global production of this sought-after crossover increased while the evergreen Mazda2 continues to attract buyers with sales of 4,959 units.

“We now have four really significant volume cars which is great news for our dealers and helps build awareness of the brand,” said Allibon. “We’re back in the game as a manufacturer.”

Even better news for dealers is the fact that Mazda continues to have a very strong retail base; retail sales in the first half grew 19 percent while business sales were up 47 percent. “We are still predominantly a retail brand and this first-half performance puts us and our dealers in a really strong position as we head towards the key September market,” said Allibon.

Almost four out of five Mazda3 buyers (77 percent) are private customers while two out of every five Mazda6 owners (43 percent) are also retail buyers in a sector dominated by Fleet sales.