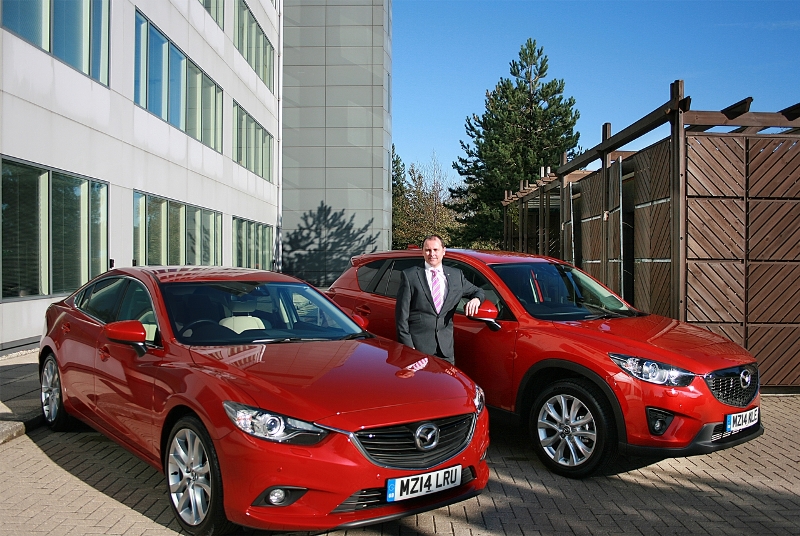 New car sales in the three months April-June, 2014 – the first quarter of Mazda’s 2014/15 financial year – increased by more than 850 units (25 percent) with fleet registrations accounting for 71 percent of the growth.

Underpinning the rise in demand was that almost two-thirds of the increase in fleet sales came in the core corporate segment – end-user fleets and contract hire and leasing companies – which excludes daily rental registrations, Motability and captive registrations.

Demand in the quarter under review saw total fleet sales rise more than 50 percent versus quarter one 2013/14 accounting for 1,775 registrations – a 24 percent share of total Mazda sales of almost 7,400 units.

Mazda Head of Fleet Steve Tomlinson said: “User-chooser demand is driving Mazda’s fleet performance. The Mazda6 has a proven record as a popular company car over many years, but this year’s launch of the all-new Mazda3 is proving to be a compelling proposition for drivers.”

Add into the choice offering the Mazda CX-5 and the fact that all three models feature the marque’s emission-cutting, fuel-saving SKYACTIV technology and Tomlinson is optimistic that 2014/15 fleet sales will beat last year’s.

A combination of factors is driving demand for Mazda models, he says:

•           Low CO2 emissions across the Mazda line-up that deliver wallet-friendly benefit-in-kind tax bills for company car drivers – from 104g/km* for the all-new Mazda3 and Mazda6 powered by the 2.2-litre 150ps SKYACTIV-D diesel engine with manual transmission and from 119g/km from the same engine in the Mazda CX-5

•           Excellent fuel economy with the all-new Mazda3 and Mazda6 returning up to an incredible 72.4mpg* – unmatched performance and economy from the available power – and the Mazda CX-5 up to 61.4mpg

Tomlinson said: “Financial decisions drive corporate demand and Mazda is in a very competitive position. Fleet decision-makers are particularly attracted by the whole life cost figures that help to deliver excellent lease rates and residual value strength, while low benefit-in-kind tax and excellent MPG is proving to be a winner with company car drivers.

“Allied to the on road performance of the cars across the Mazda range and the fact that models are well-specified, we anticipate corporate demand, particularly from user-choosers, to continue to increase in 2014 and into 2015.”

Mazda plans to continue to focus on further growing its core fleet customer base in the coming months. Last year core fleet accounted for 57 percent of the marque’s fleet business compared with an industry average of 43 percent and in 2014/15 it is looking to increase that figure to close to 80 percent.

Tomlinson said: “Mazda more than doubled fleet sales in 2013/14 to 8,300 and that was due to demand from the core fleet sector. Our performance in that critical segment is already significantly stronger than the industry as a whole and we are looking to maintain that focus.”