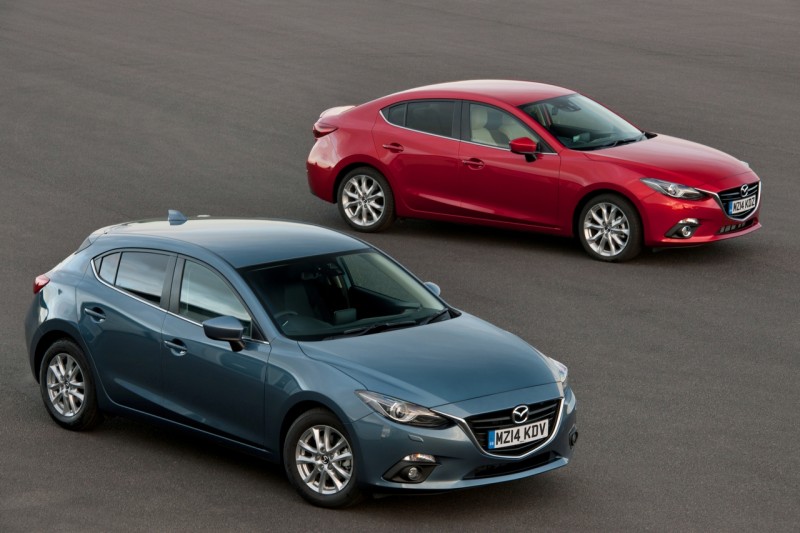 Mazda posted sales of 8,576 cars in March, a surge of 40 per cent over the same month last year, well ahead of the industry rise of 18 per cent.

The magnificent March performance helped boost sales in the financial year ending on March 31 to more than 34,500, an increase of 35 per cent over the previous financial year.

The strong March performance takes first quarter sales to more than 12,500 units giving the resurgent brand a market share of 1.8 per cent and putting it well on track to sell more than 36,000 vehicles this year.

Star of the month was all-new Mazda3, launched at the turn of the year. “It has exceeded all expectations,” said Mazda UK sales director Peter Allibon. All-new Mazda3  sales were 1,779 with 88 per cent of buyers from the retail sector and 22 per cent of buyers opting for the Fastback version, in line with Mazda’s initial forecast.

Total sales of all-new Mazda3 in the first quarter of 2014 are now approaching 3,000 [2,982]. Mazda’s sales in March were split 66/34 per cent retail/fleet, ahead of the industry average of 58 per cent retail and a figure Allibon described as “pretty pleasing”. It is also a further demonstration of why Mazda continues to be a franchise of choice for aspiring dealer groups.

“It’s steady growth and we could see more growth from all-new Mazda3 and Mazda CX-5 which are in strong global demand,” said Allibon. “Mazda is at full capacity to meet that demand and we will have to fight for every model we want,” he added.