Mazda was one of the UK’s fastest growing brands last month with sales up 45.1 per cent over September 2012 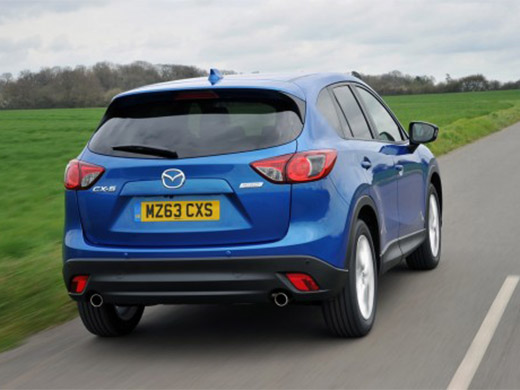 Mazda was one of the UK’s fastest growing brands last month with sales up 45.1 per cent over September 2012 at 7,189 units, according to figures released today by the SMMT.

While the industry as a whole saw sales rise by 12.1 per cent to hit 403,136, Mazda’s spectacular growth even exceeded its own targets, said Peter Allibon, Sales Director at Mazda Motors UK.

“Our internal challenge was to grow 42 per cent from last September’s 4,950 units. That was a big task in itself but to achieve 45 per cent is fantastic and is testament to our great product range and our focused dealer network.”

“We always tend to perform well in the peak March and September months because of our strong retail mix,” explained Allibon. “Market share for the month was 1.79 per cent, up from 1.52 per cent in August and the highest for any month this year.”

“Our current offers with no deposit finance are striking a chord with consumers who find it refreshing that there isn’t a catch.”

“It also means we are attracting younger buyers because our cars are so accessible,” he added.

The big hit for the month was the Mazda CX-5 crossover with sales of 1,514, well ahead of expectation while Mazda2 remained the best seller – so much so that extra production has been ordered from Japan to keep supply up with the current demand, said Allibon.

The Mazda CX-5 crossover with its class-leading CO2 emissions of 119g/km did phenomenally well, said Allibon, while new Mazda6, launched at the beginning of the year, is beginning to make its mark with both fleet and retail buyers.

“With the launch of the all-new Mazda3 in January, I’ve never been more optimistic,” said Allibon.

The success in the UK is mirrored in the rest of Europe where Mazda sales in July and August were up 31.1 per cent over the same two-month period in 2012 at a time when the overall market fell five per cent year-on-year in both months, according to data from ACEA, the European car makers’ association.

Mazda’s eight-month sales of 97,025 vehicles were up by 11.1 per cent year-on-year, a rate of growth bettered only by Jaguar (up 21.1 per cent) and Dacia (up 18.3 per cent) and the biggest gain among volume manufacturers active in the region.

The spectacular growth moved Mazda ahead of Japanese rivals Honda and Suzuki making Mazda the third best-selling Japanese brand behind Toyota and Nissan, both seeing their sales slip by 4.3 per cent. Mazda’s market share in Europe rose to 1.2 per cent for the year to date from one per cent in 2012.