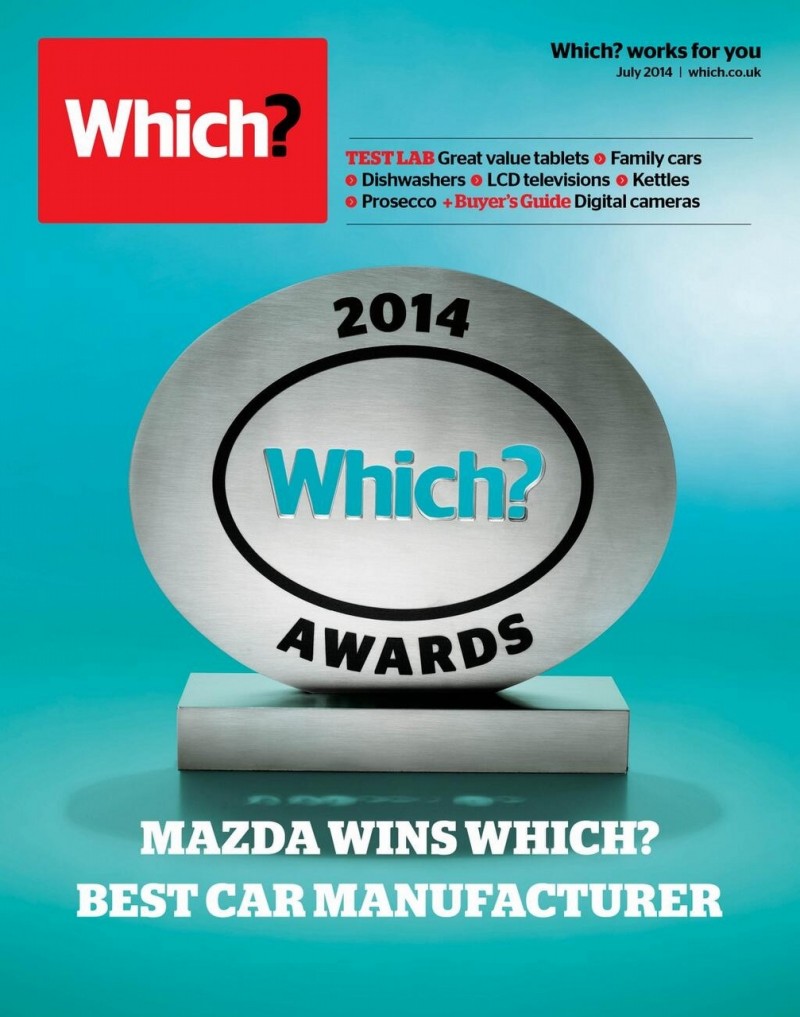 Mazda was named ‘Best Car Manufacturer’ at the prestigious 2014 Which? awards ceremony held at Kings Place in London yesterday.

The awards are allocated to those companies that consistently get it right for consumers. Launched in 2007, the annual Which? awards aim to celebrate the very best businesses in the UK. This year, Mazda was one of 11 winners, each recognised as the leader in their respective field. In the automotive sector, the Japanese-brand fought off tough competition from Audi, BMW, Honda and Skoda to once again claim the crown it first won in 2008.

Which? Magazine writes: “Mazda is a worthy winner with more than two thirds of its cars rated as best buys and scored well with owners for reliability and satisfaction.

“The Mazda3 offers a winning combination of fuel economy, style and driving enjoyment. The Mazda6, launched in 2013, continues to impress us with a premium car feel at a non-premium price.”

Jeremy Thomson, Mazda UK managing director, commented: “To be recognised by such a respected independent organisation as Which?, is testament to the success of our convention-defying approach to creating and marketing cars. Our innovative fuel-saving SKYACTIV technology offers Mazda buyers the best of both worlds: big-engine performance and small-engine economy. As emission-based car tax systems in the UK are destined to become ever more strict, our fuel-efficient, low-emission vehicles will continue to save consumers money, while ensuring a thrilling driving experience.”

Which? recognises businesses that have achieved positive change and deliver excellent products and services that score highly in its research and testing. This year’s awards were chosen by an expert panel of judges, including Which? reporters and industry specialists.

Last year, at the 2013 Which? Car Survey awards, the world’s best-selling two-seater sportscar, the Mazda MX-5, was presented with ‘Britain’s most reliable new sportscar’ trophy following the biggest consumer survey of car satisfaction and reliability conducted in the UK.