by: Owen Mildenhall in Mazda3, Motorsport 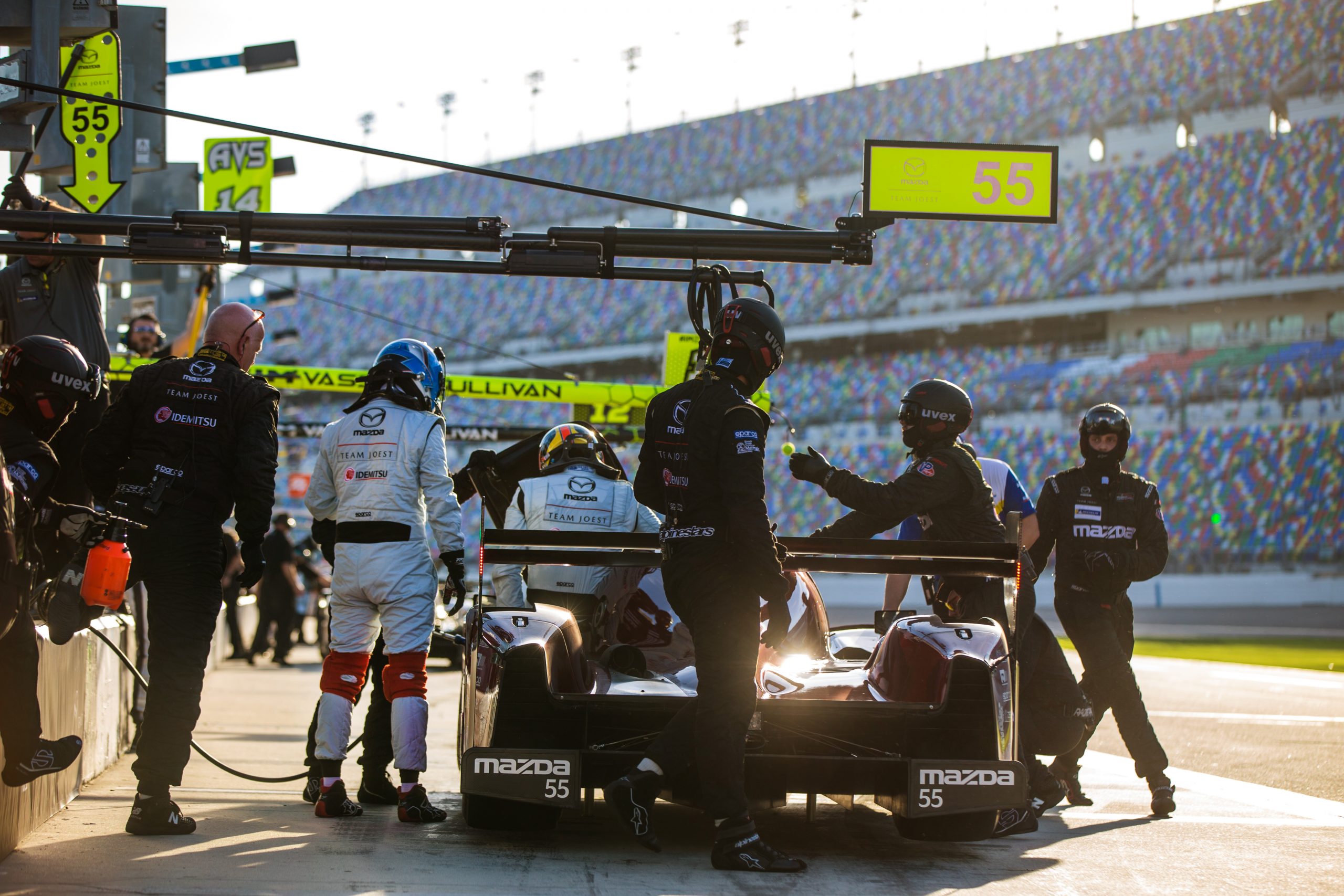 From the next round of the IMSA Sportscar Championship, Mazda’s two RT24-P prototypes will be operated by Multimatic Motorsports, the competition arm of global automotive engineering firm Multimatic Inc. With its broad experience in racing operations and race car development, Mazda has now tasked Multimatic with the operation of its flagship North American racing programme.

The IMSA Sportscar Championship is a multi-class sportscar series with race distances varying from 24 hours to just one hour and forty minutes, and the Mazda RT24-P race cars compete in the fastest Daytona Prototype Class for overall victories. Commenting on the appointment, Nelson Cosgrove, Director Mazda Motorsports, said: “Mazda is looking forward to going racing with Multimatic when the IMSA resumes racing and we have a shared goal of winning the IMSA driver and manufacturer’s championships,” Adding, “the management and engineering staff of Multimatic are familiar with our team and will continue to elevate our programme”.

With an unchanged driver line-up, UK sportscar racing stars Harry Tincknell and Oliver Jarvis remain at the heart of this US race programme. With the world-famous Sebring 12 Hours postponed until later in the season, the IMSA series will resume when professional sporting events are able to restart in North America.

However, Mazda has started the year well with a strong result in the season opening Daytona 24 Hours where Oliver Jarvis took pole position before finishing second in number 77 Mazda RT24-P alongside Olivier Pla and Tristan Nunez – Mazda’s best ever overall result in America’s most famous endurance race. Having faced technical issues in the closing hours, Harry Tincknell’s number 55 car crossed the line in 6th place.

Fresh from a strong showing at the first round of the series, Mazda North America’s British racing drivers Oliver Jarvis and Harry Tincknell returned to the UK to spend a day with the innovative Skyactiv-X powered Mazda3, to explore how, whether on road or track, Mazda’s focus on the connection between car and driver is at the forefront of development.

Living in the UK but competing on the other side of the Atlantic, their day job involves racing the high-tech, lightweight and powerful Mazda RT24-P prototype but day-to-day in the UK both drivers enjoy Mazda’s road car range. And they took time out from their schedule to explain why Mazda’s ‘Jinba Ittai – car and driver as one’ engineering ethos applies to both road and track.

With driver focused cockpits, personally moulded seats and the need to feel what the car is doing at the limit at all times, motorsport represents the very pinnacle of being at one with the car. Whether it’s steering feel, confidence on the brakes or the direct communication of the cars grip level through the suspension – success and speed in competition relies entirely on the driver being intuitively connected to the car.

A concept that’s similar to the one that Mazda’s road car engineers pursue with their philosophy of ‘Jinba Ittai’. This sense of complete oneness with the car, which sits at the heart of every Mazda, has become a well-acknowledged trait of Mazda’s range. From the MX-5 sports car to the CX-5 SUV, a human centred development approach has ensured that every Mazda, delivers the seat position, comfort and intuitive feedback needed for the driver to feel connected to the road and at one with the car, regardless of the type of journey.

Commenting on the Skyactiv-X Mazda3, Oliver Jarvis said: “while you’re obviously not pushing as hard as you are in the race car, with accurate feedback, well-weighted controls and a great driving position, the Mazda3 still communicates with the driver and makes you feel engaged behind the wheel, regardless of what type of drive you are on, so there’s a correlation between track and road.”

Adding, “with both road cars and racing cars the amount of engineering effort and skill that goes into making a car feel natural in its feedback to the driver is huge. Whether it’s for comfort, safety and enjoyment on the road or performance on the track it’s crucial to be at one with the car”.

Harry Tincknell said: “whether it’s dealing with the high speeds of the Daytona banking, coping with the bumps of Sebring or navigating the tight corners of a street course like Long Beach you need to feel completely at one with the race car. Things are changing every second and you have to be able to react instinctively, and that’s no different on the road, where you need a good level of comfort and confidence to enjoy the experience as much as possible. There may be hundreds of different things that are just one per cent better and you might not notice them when you jump into the car, but the combined result is that everything just feels natural and connected.”

Two of Britain’s biggest sportscar racing stars, Oliver Jarvis and Harry Tincknell will be back in action when the IMSA Series recommences later this year. Whether it’s enjoying their Mazda3s in the UK or competing in the Mazda RT24-P in North America, both Oliver and Harry get to enjoy Mazda’s focus on the driver and the importance of being at one with the car. A synergy that is highlighted in our latest film: https://youtu.be/D0U7-wweIHE