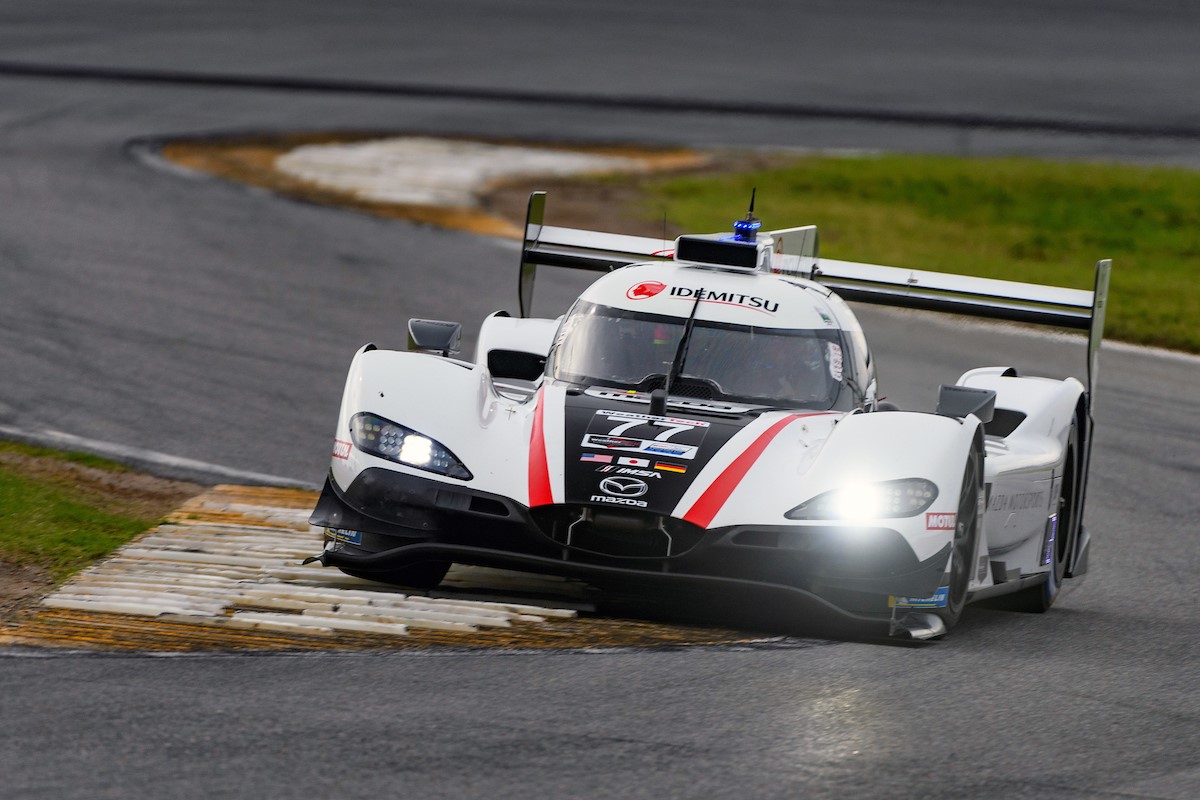 Mazda Team Joest will feature a familiar lineup of drivers in its pair of Mazda RT24-Ps in the 2020 IMSA SportsCar Championship.

Partnering for the third straight season in the No. 55 Mazda RT24-P will be Jonathan Bomarito (USA) and Harry Tincknell (GBR). Bomarito, Tincknell and Olivier Pla delivered Mazda’s first victory in the Daytona Prototype international class in June last year at the Six Hours of the Glen, while Bomarito and Tincknell scored another victory at Road America. For Bomarito, this will be his ninth season racing with Mazda.

For 2020, they will be joined in the longer races of the Michelin Endurance Cup by Ryan Hunter-Reay (USA). Hunter-Reay, the 2012 Indycar Series champion and the winner of the 2014 Indianapolis 500, drove the No. 55 Mazda RT24-P at Mid-Ohio alongside Bomarito, finishing in third position. Hunter-Reay has competed extensively in sports cars, with an overall victory at Petit Le Mans and a class victory at the 12 Hours of Sebring on his resume.

Olivier Jarvis (GBR) and Tristan Nunez (USA) will partner for a third season in the No. 77 Mazda RT24-P. Jarvis and Nunez scored their first victory in July at Canadian Tire Motorsports Park and finished on the podium three additional times in the 2019 season, while Jarvis qualified on pole three times in 2019. This will be Nunez’ eighth season racing for Mazda.

The two will be joined in the Michelin Endurance Cup rounds by Olivier Pla (FRA), who moves over from the No. 55 Mazda RT24-P for the 2020 season. A sports car racing standout who also has an overall victory at Petit Le Mans on his resume, Pla was part of the Mazda driver lineup that took victory at the Six Hours of the Glen in June.

“It’s a great honour to lead this program into its fourth season, and this is the season that I think will be pivotal for Mazda Team Joest. The program’s first season was clearly a learning year, while last year the program learned how to become a race winner. 2020 is the year that Mazda Team Joest contends for an IMSA championship. The pieces are already in place with one of the strongest driver lineups in the championship and a car, engine and technical package that has a lot of potential left in it after winning three times last season.”

“I’m really looking forward to another year of tough racing in the IMSA Daytona Prototype international class. I can’t thank Mazda enough for the opportunity to represent them and hopefully we’ll have another great season. We have some good momentum to build off of and I’m sure that will show in 2020 as we fight for the championship.”

“I’m thrilled to be joining Mazda Team Joest for the 2020 IMSA endurance races. I filled in for Harry at Mid-Ohio last year, teaming up with my buddy Jonathan Bomarito, and from the first practice I knew the car really suited my driving style. I thoroughly enjoyed working with the whole team – it’s a first-class effort all around. We capped off the weekend with a double-podium for Mazda and I’ve been eager to get back in the RT24-P ever since. I’m excited for what this team is capable of in 2020, and I’m ready to get to work!”

“I’m delighted to be back with Mazda Team Joest In the No. 55 Mazda RT24-P for a third season alongside Jonathan. We’ve built up a fantastic relationship and shared some great moments together, including our victories at Watkins Glen and Road America. I’ve absolutely loved racing in IMSA during the past two seasons and being a part of Mazda’s journey from some near misses to dominant race winners. It Is great to welcome Ryan to the car for the endurance races. His resume speaks for itself and he did a great job filling in at Mid-Ohio In 2019. I feel like the first year of Mazda Team Joest was a learning year and last year was a winning year. I firmly believe that, with all the hard work and effort that has gone into the program over the winter to make the Mazda RT24-P faster and more reliable, 2020 can be a championship year. I can’t wait to get started at the Rolex 24 at Daytona.”

“I’m thrilled to continue with Mazda Team Joest and continue my partnership with Tristan with the aim of adding to our number of wins and podiums which we had this season. I think, as a whole, we are very confident in the package we have at Mazda Team Joest for the 2020 season. I’ve seen the level of competition increase each season in the IMSA championship, so the team has been hard at work throughout the off-season to give us the best opportunity to fight for the championship in 2020.”

“I’m excited to continue the journey with Mazda Team Joest into the 2020 season. We had an incredible second half of the season with Mazda’s first three victories and I’m looking forward to see what is in store for us with the momentum we have gained. I feel we’ve established ourselves as a championship contender and we are expecting a successful season.”

“I’m delighted to be back with Mazda for the Michelin Endurance Cup. After a very good 2019 season where the Mazda RT24-P scored three magnificent wins, we are going into the 2020 season with an even higher expectation with the team working continually hard over the winter to be as prepared as we can be! Over the years the level of competition in Daytona Prototype international has become higher and higher, but I feel we have a strong package to take on the challenge from the first race in Daytona. I just can’t wait for it!”