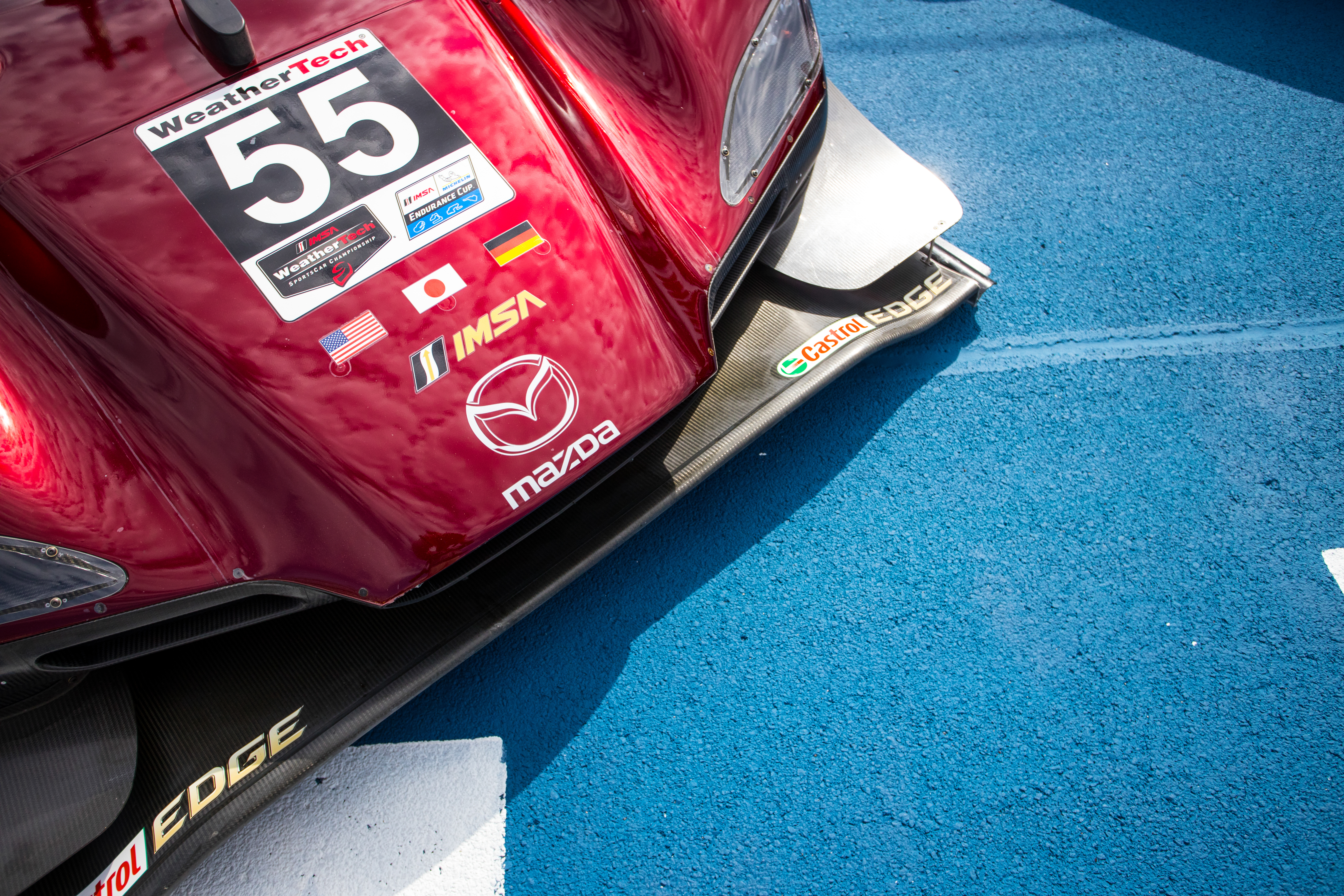 Mazda Team Joest will welcome one of America’s top IndyCar drivers to the team as Ryan Hunter-Reay will compete for Mazda at the Sports Car Challenge at Mid-Ohio, on the 3-5th May, at Mid-Ohio Sports Car Course.Hunter-Reay, the 2012 NTT IndyCar Series champion and 2014 Indianapolis 500 winner, will partner with Jonathan Bomarito in the No. 55 Mazda RT24-P. Bomarito’s regular teammate, Harry Tincknell, will return for the rest of the season at the Detroit Grand Prix.

The previous race, the Grand Prix of Long Beach, saw a strong run for the No. 77 Mazda RT24-P of Oliver Jarvis and Tristan Nunez. Both Nunez and Jarvis led the race before finishing in fourth position. The 2018 version of the Sports Car Challenge at Mid-Ohio saw Mazda Team Joest record its first podium, with Jarvis and Nunez finishing in third place. Mid-Ohio was also the circuit where Mazda scored its first American Le Mans Series class victory in 2005 in the LMP2 class, and where in 2010 it scored its first overall victory.

“Mid-Ohio has been a special place over the years for Mazda.  Many Mazdas have visited the top step of the podium there, but a couple of our Mid-Ohio success stories are extra special.  In May 2005 we scored our very first American Le Mans Series class win there and then in August 2010 we scored our first overall American Le Mans Series win there.  We want nothing more than to make this visit to Mid-Ohio another ‘first’ by putting the RT24-Ps on the podium and in victory lane.  Both cars were quick at Mid-Ohio last year and we have been competitive in every session of 2019.  We are constantly in pursuit of our first – hopefully of many – DPi victories and I sure hope it comes next weekend.

“We are pleased to have Ryan Hunter-Reay join us in the No. 55 Mazda RT24-P car.  This will be the first time a former Indy 500 Champion has been aboard a Mazda at the top level and based on his experience at Mid-Ohio, his experience working with Multimatic previously, and the opportunity he and Jonathan had to drive together a few years back made him a natural fit.”

“I am really looking forward to Mid-Ohio. Our No. 55 Mazda RT24-P was very quick last year, and we again have the chance for a great result. Mid-Ohio is a tough course on its own, and when you add two classes of GT cars to share the track with, things get interesting really quickly to say the least. I’m sure the fans will have a great race to watch. I am also looking forward to sharing the car with Ryan. He is always fast at Mid-Ohio and he will be a great fill in for Harry while he is at Spa.”

“Mazda has really put a lot into their program, and Mazda Team Joest have taken a big step up this season. The car is obviously very fast and I’m excited to race it at Mid-Ohio. Jonathan is a good friend and we’ve been teammates in the past, so it will be great to share the No. 55 Mazda RT24-P with him and fight for a win. I’ve driven race wining Daytona Prototypes in IMSA for a long time, the Prototype field is as strong and deep as it has ever been, and I’m thrilled to be a part of it again this season.”

“After leading the race and finishing in a strong fourth place finish in Long Beach, I am excited to return to Mid Ohio where we scored our first podium last year. It’s a fantastic old-school track where a driver can really make a difference. I remember getting out the car last year after qualifying with a huge smile on my face! This year we hope to go even better and will be going all out for the win.“

Tristan Nunez
“I’m excited to get back to Mid-Ohio! We should do very well there – we had great pace there last year, and I think this year with the Michelin tires we should be in very good shape. And because we are coming off of a competitive run at Long Beach, I’m even more eager to get the race weekend underway.”