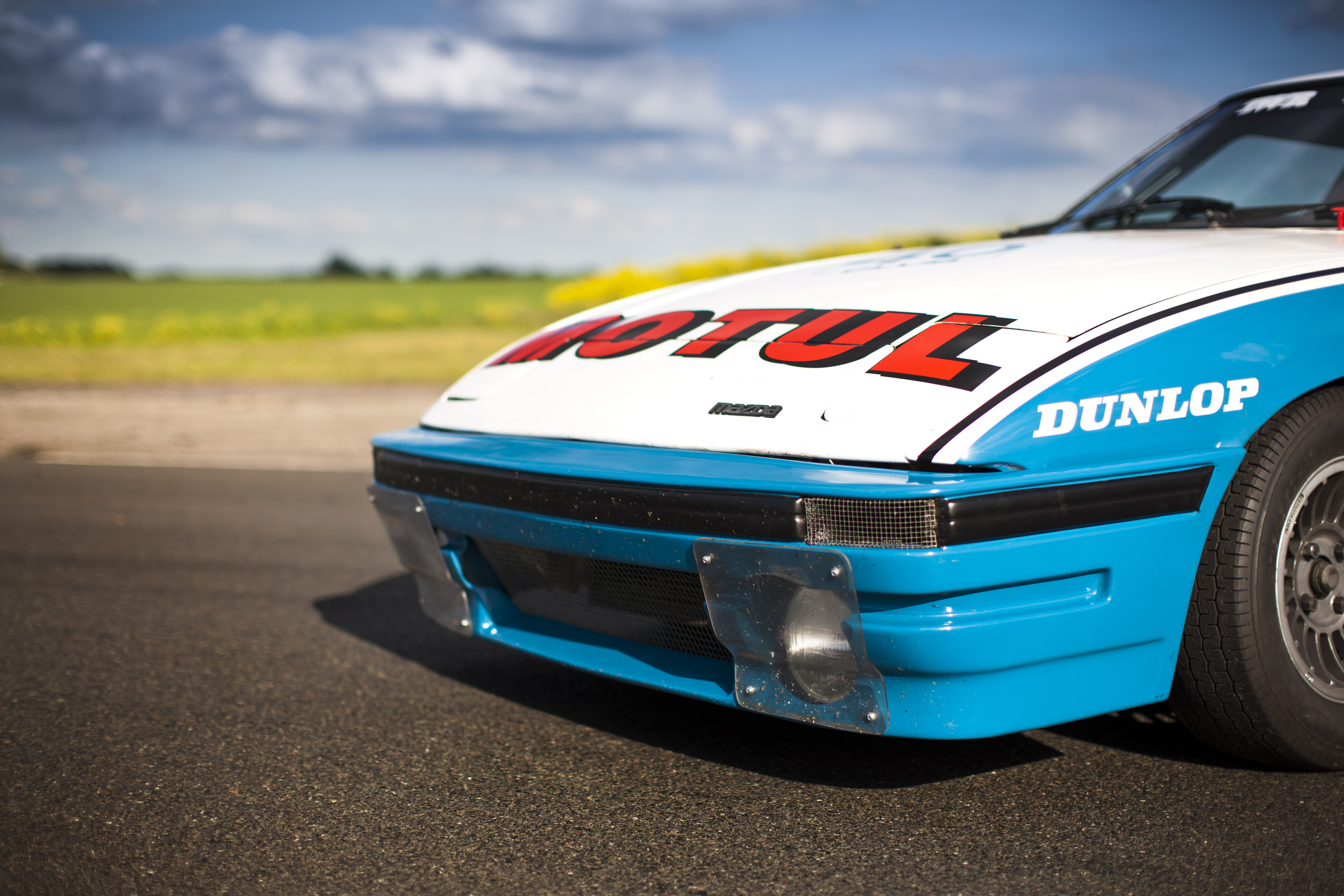 The Mazda RX-7’s career in the British Saloon Car Championship may have been brief but it was brilliant. Win Percy, the 74-year old former double BSCC champion for Mazda, remembers an agile, fine-handling and supremely reliable racing car.

“I knew very little about Mazda before I signed up to drive the RX-7 for 1980. The first Mazda I’d seen racing was in 1979 when Tom Walkinshaw drove an RX-7 in the British Saloon Car Championship (BSCC). I was driving a Toyota Celica and competing against him. Then at the end of the year he asked me if I’d drive for him the following season. He said he’d pay me £6000 and I had to win the championship.

Mazda told me I’d have a company car. David Palmer, the Mazda importer, gave me the keys after an event at the RAC Club in London. It was a Mazda Montrose Coupe, a very handsome looking thing but it was the RX-7 that really helped raise Mazda’s profile.

The RX-7 was such a lovely car to drive that 1980 and ’81 were a great couple of years. Back then the BSCC was split into classes. The points you scored from your class counted for the championship and the driver with the most points won the overall title. In our class we were up against Triumph Dolomite Sprints and Ford Escorts. But we’d often beat the much bigger 3-litre Ford Capris and 3.5-litre Rover 3500s.

It was a pretty unique car to drive. There was no engine braking at all. You had to rely on the brakes to slow down. The 12A engine we were using was getting 250bhp so it was powerful enough. One day we were testing at Mallory Park and the throttle stuck open. I knew the brakes would never have overridden the engine but managed to flick the kill switch before we hit the bank.

The engine was unbelievably smooth. In fact so smooth you could easily be in the wrong gear and not realise you were revving the engine too hard. We were told not to rev beyond 9200rpm but it was a very easy engine to rev up to 10,000rpm. The maximum revs you used would be recorded by the tacho on the car and if you’d gone over the 9200 you’d get a rollicking from Tom. I saw the mechanics would just poke a screwdriver into the dash to reset the tacho so I put a piece of wire in my race suit and used it to change the tacho at the end of each race. Then I’d rev it up to 9200 on the slowing down lap. No more rollickings! Even so, as far as I’m aware I never damaged an engine on the RX-7.

I won the title in 1980 and Tom said: ‘Let’s go for it and try to win races outright next year.’ We duly did, beating the Rovers and Capris and I took the title again. It was a very capable little car ‑ you really could call it a giant killer.

At the end of the season we took it to Zolder in Belgium to do a round of their touring car series. Up against the Rovers, Capris and Chevrolet Camaros we won the race. I only had one retirement over those two years, when a gear selector came adrift. Although the RX-7 had class wins in the BSCC after that, it never had quite the success we did and 1984 was its last season.

Although it was only for a couple of seasons, unbeknownst to me at the time, driving for Mazda would have a lasting impact on my life. In addition to driving, I ran a garage in Weymouth. Everyone in the area knew me and would pop in for a chat when they were getting their fuel. Because of the success we were having on the track there was a lot of interest in the RX-7 and people would ask where they could buy one. Then David Palmer the importer said: ‘Why don’t you open a dealership?’ So I did. It’s still there, on the way into Weymouth although I don’t own it any longer.”

More on the Mazda RX-7 at 40: The race that changed my life, by Pierre Dieudonné