The little car with a big heart: the RX-7 in world motorsport 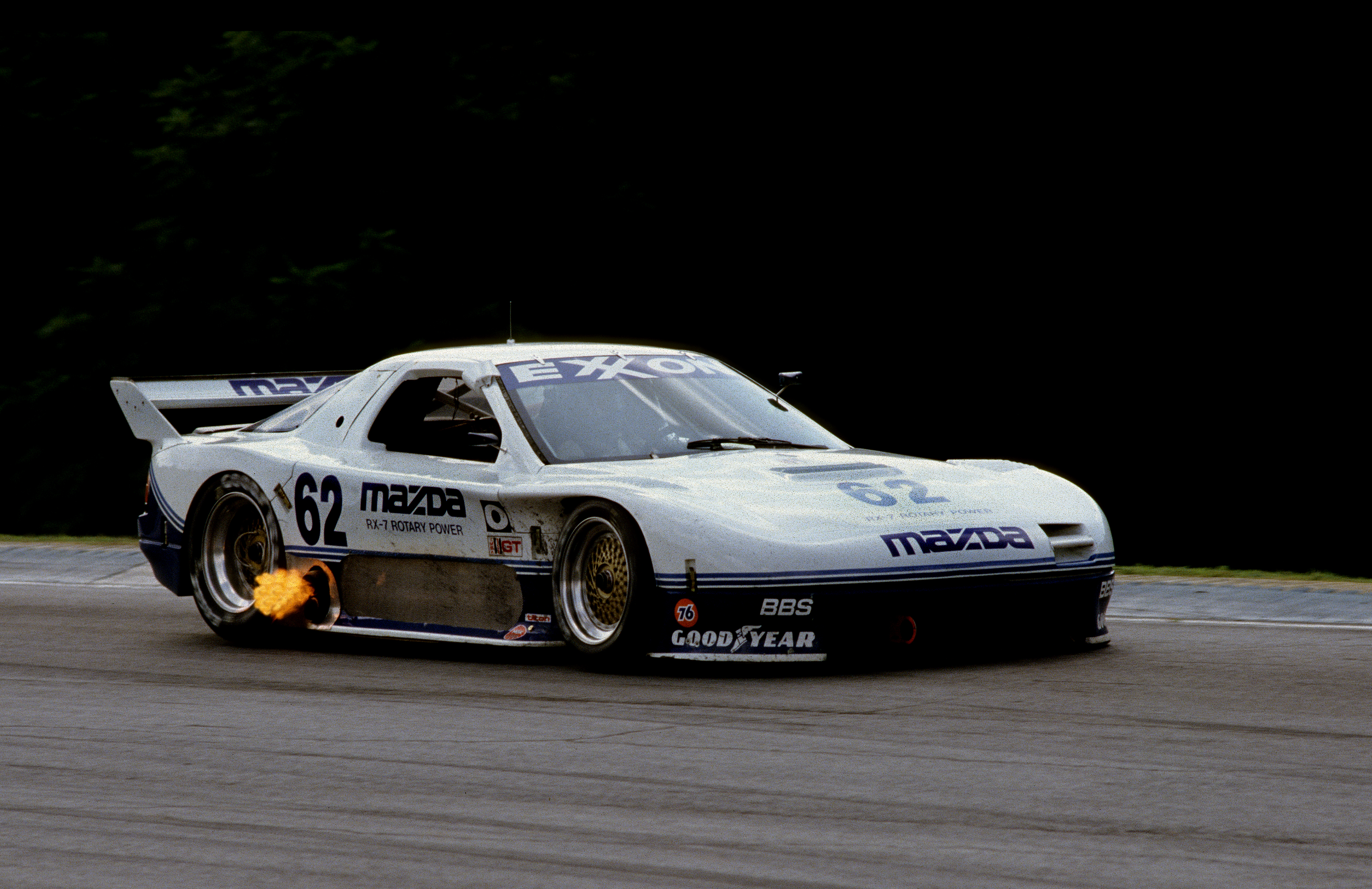 Racing, rallying and even Le Mans: the RX-7 has played its part in Mazda’s motorsport story. We look at its biggest successes, from nearly winning a World Championship sports car race to triumphing in the legendary Spa 24 Hours

The RX-7 made its motor racing debut in 1979 where it entered the Le Mans 24 Hours. The following year it finished 21st overall – no small achievement considering the opposition. 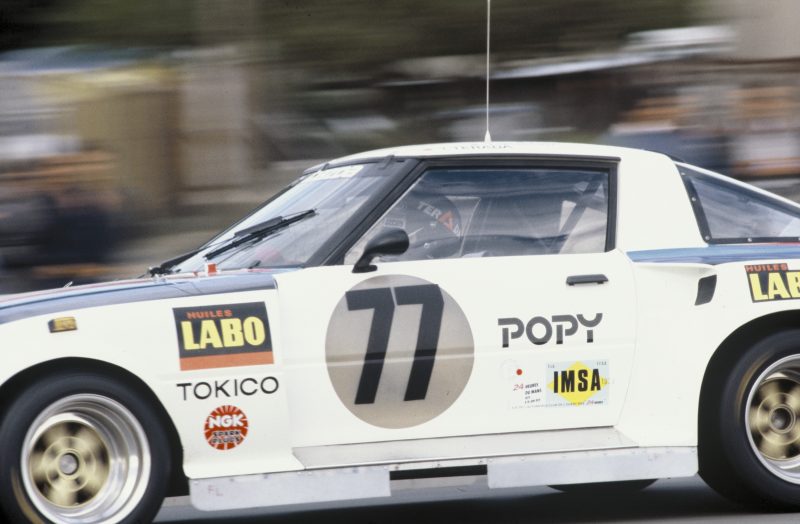 But it was in 1981 that the RX-7 really began to hit the headlines. For its now annual assault on Le Mans, factory team Mazdaspeed came up with streamlined bodywork for the RX-7, as well as a more powerful 300bhp twin rotor 13B engine. The result was the RX-7 253. To prepare for Le Mans, Mazda took part in the 1981 Silverstone 6-Hours race. Driving alongside Japan’s Youjirou Terada was Englishman Win Percy.

The touring car legend recalled the day Mazda nearly beat sportscar racing’s royalty. “We qualified at the back with cars like the works Porsches and Lancias leading the way. It was a very wet race and I worked my way up through the field to second place. There was a Porsche ahead going slowly so I passed him going up to Becketts. Little did I know it was the race leader and he was having turbo problems. Anyway, he suddenly got power, came straight across my nose, hit me and bent the RX-7’s steering arm. I had to pit for repairs but still won the GTU class and finished eighth overall. It could have been so much better…”

A few weeks later at Le Mans, a differential failed. But within a decade Mazda had triumphed outright in the world’s greatest sports car race. And in the meantime, plenty of other people saw the RX-7 racing on the other side of the Atlantic where it enjoyed consistent success. Competing in the GTU class for cars with engines smaller than 2.5-litre it won the 24 Hours of Daytona at its first attempt in 1979. It then took the GTU championship for seven years on the trot. 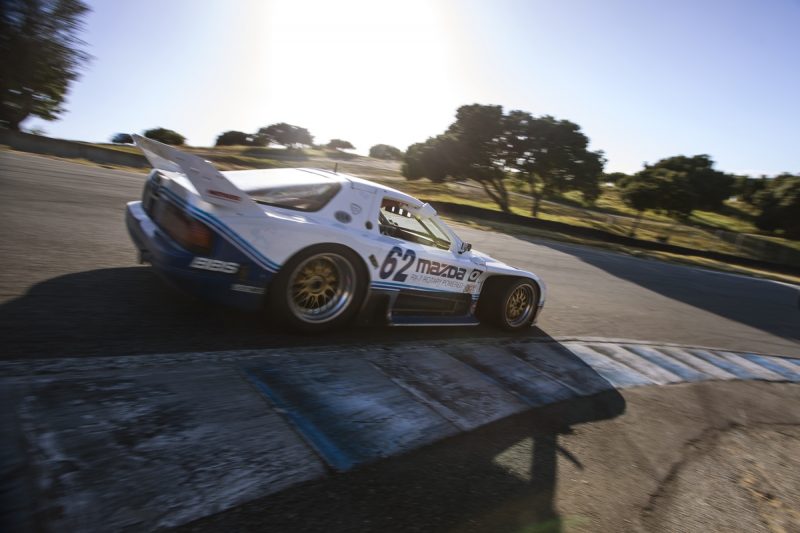 From 1982 it also lifted the GTO class (for cars with engines bigger than 2.5-litre) for 10 consecutive seasons. And while the class structures might have changed, the RX-7’s success remains undiminished: it has won more IMSA races than any other model in history.

Although its track exploits are well documented, the RX-7’s rallying exploits are less well known. On February 1, 1984, the RX-7 was homologated for the Group B category of rallying. Rather than a Mazda factory effort, the Group B RX-7 programme was inspired by the independent Mazda Rally Team Europe, an operation set up by German rally driver Achim Warmbold and based in Belgium. 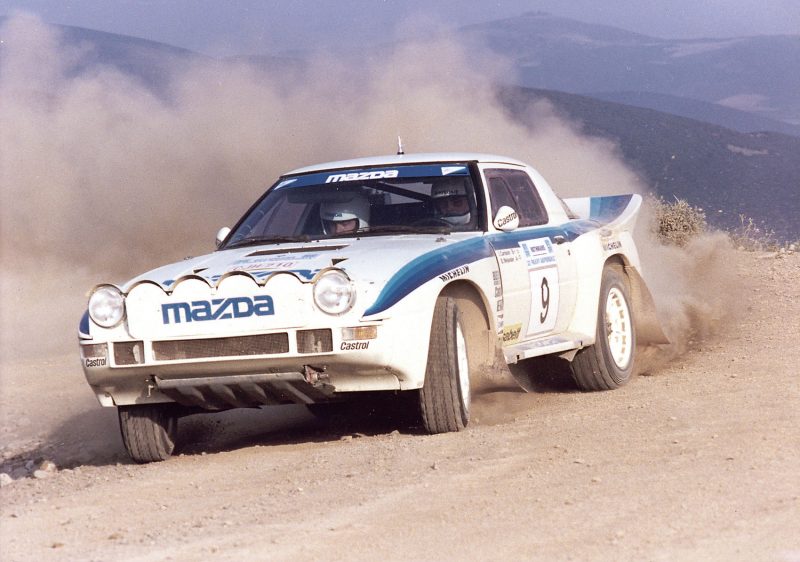 Unlike other Group B cars which were four-wheel drive, the RX-7 was rear-wheel drive. Nonetheless it recorded some successes, winning the 1984 Polish round of the European Rally Championship. Possibly a more notable success was its third place on the 1985 World Rally Championship Acropolis event in the hands of Ingvar Carlsson. However, presciently as it turned out, Mazda didn’t want to develop a Group B car. Instead it wanted to work on a Group A turbo version of the 323. The RX-7 programme was halted. But when Group B was abandoned at the end of 1986, Mazda had an operation perfectly placed to take advantage – all thanks to the RX-7.