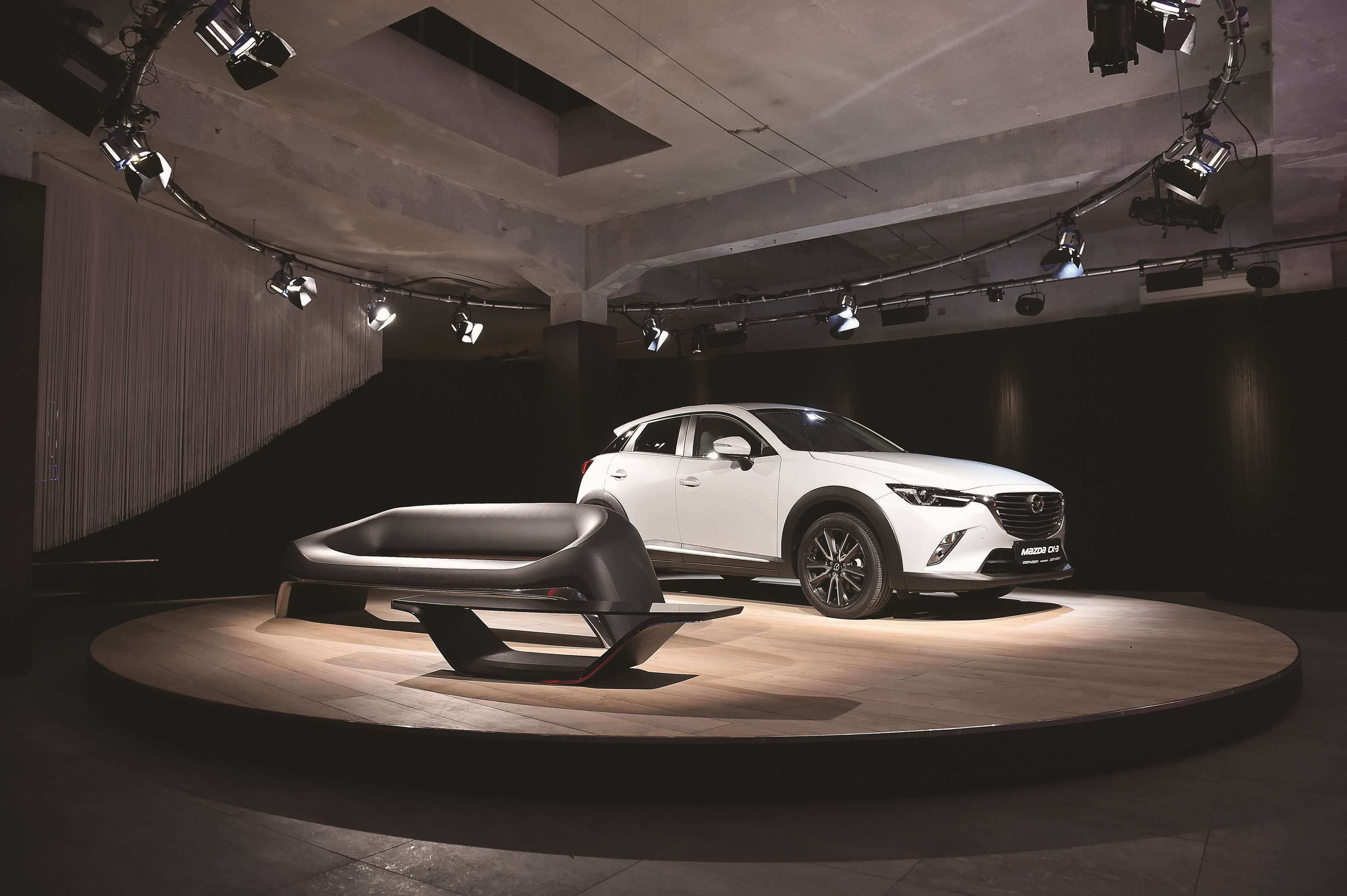 The innate and simple beauty of Mazda’s ‘KODO–Soul of Motion’ will again dazzle onlookers at Milan Design Week, 14-19 April. In keeping with its tradition of creating functionally beautiful objects,  such as  the KODO-inspired chair in 2013, Mazda has chosen two ‘Soul of Motion’ inspired creations to showcase at its recently opened Mazda Design Space in the Brera Design District Fuorisalone.

The Bike and Sofa by KODO Concept will be on display exemplifying Mazda’s design philosophy: the foundation for its strikingly beautiful line-up, including the all-new CX-3 and MX-5

Also on display at the Mazda Design Space are KODO inspired works by master Japanese artisans, including the copperwear creation KODOKI by the storied Gyokusendo studio and SHIRAITO, a lacquered box using crushed eggshells, by Kinjo-Ikkokusai, a family of seventh generation craftsmen from Hiroshima.