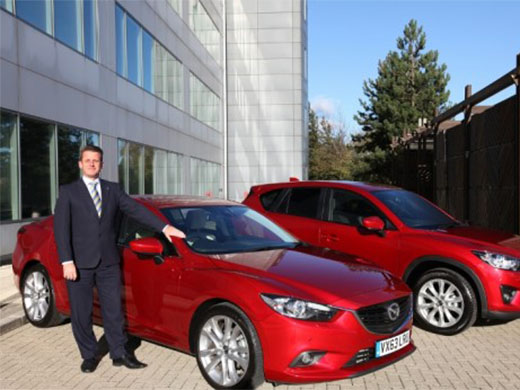 Mazda UK saw sales grow by 19 per cent in 2013 from 2012 levels driven by strong demand for the Mazda CX-5 crossover and Mazda6 saloon and Tourer. Mazda’s performance is well ahead of the industry which reported overall sales up 10.8 per cent last year, according to SMMT figures.

Mazda’s sales for the second half of the year were up 40 per cent and there was a huge surge in the final quarter when sales grew by 50 per cent over the same period a year earlier.

With all-new Mazda3 arriving in showrooms from the beginning of this month (January), the momentum of the final quarter is forecast to continue in 2014. This will predominantly be driven by the growing range and appeal of models with SKYACTIV technology, which will represent over two thirds of the total volume.

He expects the all-new Mazda3 and the continuing success of Mazda6 and Mazda CX-5 to defy convention and outperform the industry again in 2014 with sales growing by around ten per cent in what is expected to be a relatively flat market.

Mazda believes around a third of all new model Mazda6 buyers are switching, from or had actively considered buying, traditional premium brands. “The brand continues to strengthen and our new range of models have very broad appeal,” said Thomson.

This success is reflected in the growth in core fleet sales, up 60 per cent in 2013 over 2012, led by demand for Mazda6. Despite this success, Mazda is still a strong retail brand, with two retail sales for every fleet sale reinforcing Mazda’s appeal as a franchise of choice for dealer groups looking to expand their manufacturer portfolio.