Mazda’s all-new CX-5 crossover has added the What Car? Green SUV 2012 title to its trophy cabinet 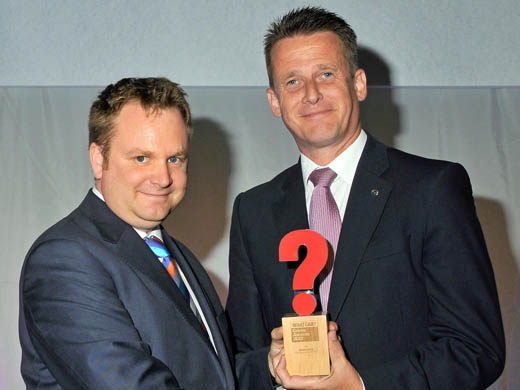 “The Mazda CX-5 offers an extraordinary amount of car for the price,” said What Car? editor-in-chief Chas Hallett at the awards ceremony held at The Imagination Gallery in London yesterday (Wednesday 19 September).

“As well as great fuel economy and low emissions, it has loads of standard equipment, plenty of passenger space and an elevated seating position. The flexible seating can also be folded flat in a second for easy loading.”

“The What Car? Green Awards are decided by the magazine’s editorial team, who described the SUV’s 2.2-litre 148bhp SKYACTIV-D diesel engine as its “stand-out feature delivering strong performance and exceptional economy.”

“The CX-5 averaged 47.2mpg in our True MPG tests, which is better than similarly priced rivals such as the Audi Q3 or the ever-popular Land Rover Freelander.  The low official CO2 figure also keeps down your tax liability. If you’re a 40 percent taxpayer you can expect to pay an encouragingly low £142 per month in company car tax,” What Car? reported.

In June, the Mazda CX-5 was crowned ‘Best Crossover’ in the 2012 Auto Express New Car Awards for its “…space, quality and style with a great drive and incredible efficiency,” commented Auto Express editor-in-chief, Steve Fowler.

The 18-strong line-up of Mazda CX-5 models is priced from £21,395 to £28,995 (OTR). Customers have a choice of one petrol and one diesel engine (with two power outputs), four trim levels (SE-L, SE-L Nav, Sport and Sport Nav), six-speed manual and automatic transmissions and 2-wheel drive (2WD) or all-wheel drive (AWD) – depending on model.