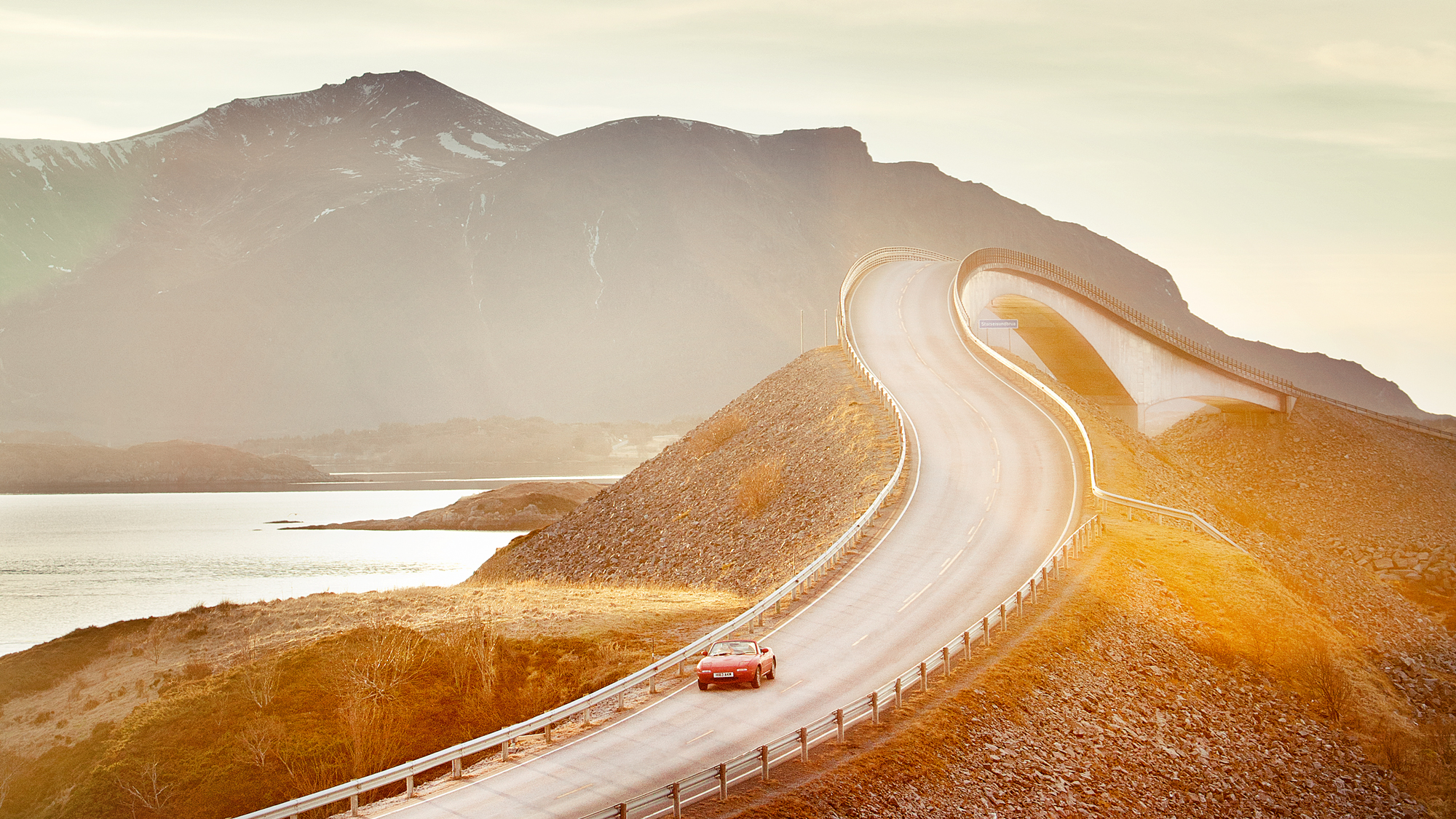 Driving pleasure comes as standard in every Mazda. A panel of experts from across Europe have been asked which roads they think are worthy of the Japanese brand’s fantastic driving machines. The result is a list of the very best driving roads the globe has to offer.

Home of the annual Pikes Peak international race, this massive mountain towers 4,302m above Colorado, and the drive to the summit takes an hour for the average driver. “If the views don’t take your breath away, the thin mountain air might just,” says Dan.

Best Mazdas for a hike: The agility, visibility and security of the Mazda CX-30 is top of the list for tackling a breathless climb up. And the lightweight, rear-wheel-drive Mazda MX-5 has already proven itself worthy. Back in 2017, it finished 7th in the UK’s Prescott Hillclimb race Up to 2000cc class and was the fastest unmodified vehicle.

Carved into the mountains of the small city Nikko, the 48-hairpin bends of the Irohazaka Winding Road make up one of the most bendy and beautiful drives in the world. “For centuries, people would come to Irohazaka for a religious experience. But these days, it’s believers in the art of drifting who make the pilgrimage,” says Nik.

Best Mazdas for tackling a twisty road: The compact and nimble Mazda3 would be a joy through any hairpin. And, of course, the plucky Mazda MX-5 is perfect for a twisty road, setting the world record in 2019 for most hairpin turns in 12 hours – 2,900 of them!

Now immortalised in the latest James Bond movie, No Time To Die, this road links a series of islands in spectacular fashion. “It’s a breathtaking blend of stunning natural scenery and civil engineering,” explains Dan. “This road proves humans can make their mark on the world in a way sympathetic with the surroundings.”

Best Mazdas for a coastal tour: Driving is a multi-sensory experience in the Mazda MX-5, so drop the top and soak up the sun and sea air. While Mazda’s CX range of vehicles will give you plenty of boot space to pack all you’ll need for some beachside fun.

Tracing one of the world’s most legendary races across Sicily is a journey that every auto enthusiast should take. “From 1955 to 1973, the Targa Florio counted towards the World Sports Car Championship. Today you can also drive the “circuit” yourself, tearing through winding mountain passes on the island of Sicily, passing remnants of the illustrious race along the way,” adds Odiel.

Best Mazdas for cultural exploration: Diving in and out of villages and zooming around the countryside and hills is just the job for the all-around excellent Mazda CX-3. And the sophisticated stylings of the Mazda3 hatch and sedan, combined with the responsive, spirited performance and impressive fuel economy from the Skyactiv Technology, would suit an artistic tour.

Driving through this beautiful World Heritage site, it’s hard to believe that Grand Prix racers used to speed through its narrow streets. But they did just that in 1958 and 1960. “Porto is one of my favorite cities,” says Odiel. “It is a city where nothing is necessary, where you can easily enjoy two or three days wandering between the old streets of Ribeira.”

Best Mazdas for a city drive: For the best views, enjoy the commanding driving position of the stylish Mazda CX-5. The Mazda MX-30 EV with rapid charging is perfect for nipping around the city. And the small, energetic Mazda2 is designed for a busy, urban environment and still be fun to drive.

Linking Chicago, Illinois, with Santa Monica in California over 2,500 miles, is America’s most famous road. “To understand Route 66 is to understand America over the past 100 years. It is a place wholly shaped by the automobile and the people who love, need, and merely tolerate it,” says Jack.

Best Mazdas for an epic drive: If you’re going the distance, you’ll welcome the comfort and space for you and your road trip buddies offered by the Mazda CX-5.