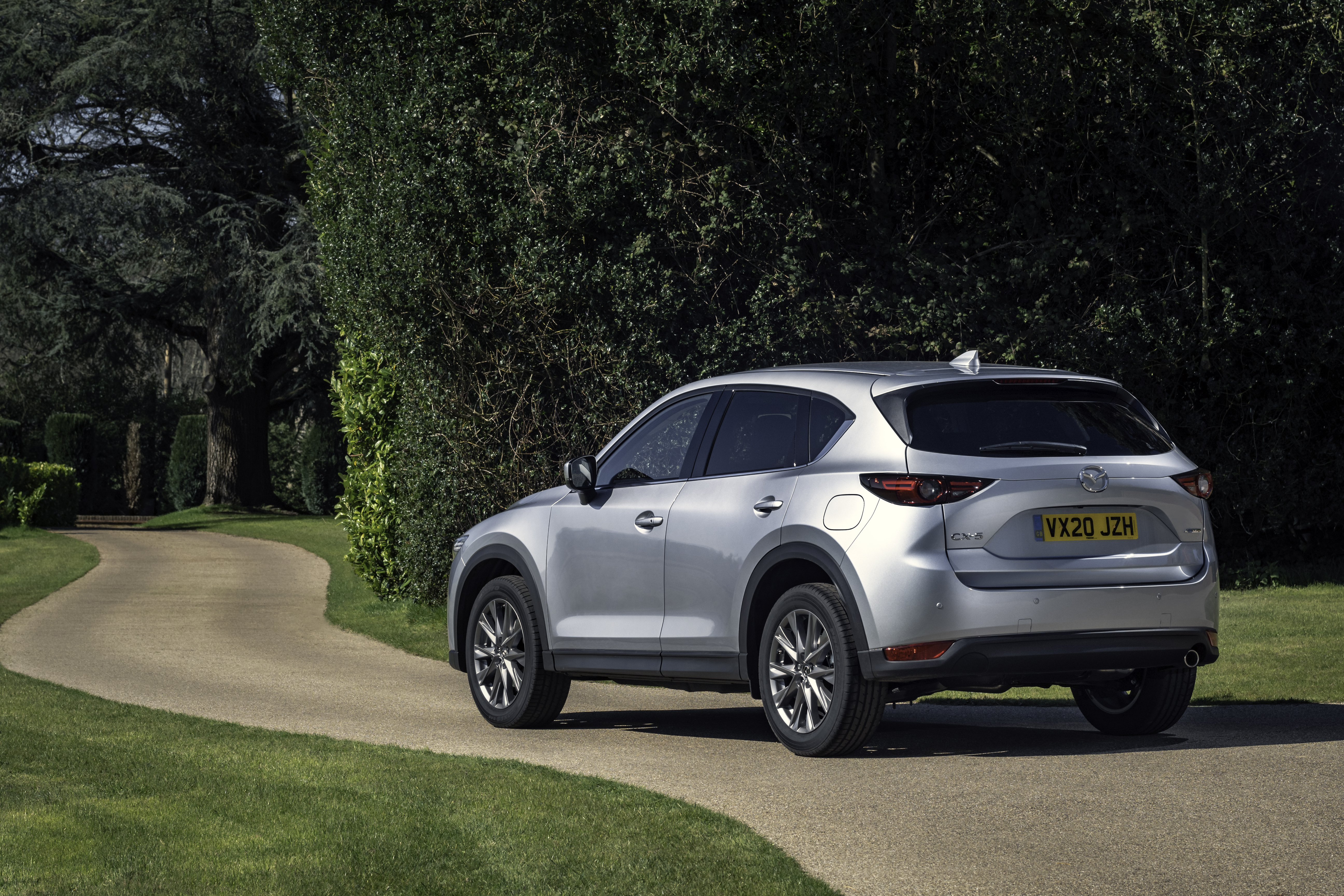 Mazda CX-5: the making of an icon written by Charlotte Briggs

With the new 2022 Mazda CX-5 arriving in the UK in January, our latest Mazda Insider takes a look back at a decade of sales success, automotive firsts, international awards and special achievements for the Mazda CX-5.

From concept to car

In 2010 when Mazda unveiled the Shinari – a four-door sports coupe concept – it also revealed its new design direction ‘Kodo – Soul of Motion’. This styling was incorporated into its next concept, the Minagi compact crossover SUV, which also brought to the public’s attention Mazda’s suite of Skyactiv technologies. The award-winning Mazda CX-5 followed soon after, debuting at the September 2011 Frankfurt Motor Show. It combined both Kodo and Skyactiv attributes and set out a new blueprint for the company’s future.

“Creating an SUV that would appeal globally was a difficult task,” recalls Masashi Nakayama, General Manager of Mazda’s Design Division who styled the original CX-5. “But we set ourselves the challenge, bringing together conflicting design elements – adding sporty components to an SUV – resulting in a vehicle that can be called the ‘CX-5 segment’.”

The second generation CX-5 launched in 2016. Shinichi Isayama, the chief designer, says: “The second generation CX-5 built on (and progressed) the original car’s key features, such as the beautiful exterior and high-quality interior.” “I think that the emotional value of the CX-5’s design is understood and loved by Mazda customers. I’m incredibly proud to have played a role in the car’s design and development.”

The latest model shares the same design DNA as its predecessor with Nakayama adding, “We didn’t want to change parts of the design that resonate with our customers, but instead advance the car’s signature design to enhance its unique form, especially at the front of the car.” Chief Designer of the new CX-5, Takanori Tsubaki emphasises this point adding, “We fitted elongated, headlights that both enhance the car’s sense of strength, and also provide extra safety on the road at night, courtesy of the powerful ALH beams (Adaptive LED Headlights).” The CX-5’s design credentials even extend to the paintwork. It was the first vehicle to wear Soul Red Crystal, which has become synonymous with Mazda. And now the brand-new Zircon Sand Metallic colour has been added to the palette.

The CX-5 is one of the best-selling Mazdas worldwide, holding the number one spot in the U.S.A, Canada, Australia, New Zealand and the Netherlands. In the UK, over 70,000 CX-5s have been sold since its launch in 2012 and today it still accounts for around 25 per cent of overall UK sales.

It has won over 100 awards internationally, taking home 45 accolades in its launch year alone. And its safety credentials include a TOP SAFETY PICK award consecutively since 2012 from the Insurance Institute for Highway Safety. Other outstanding achievements include WWCOTY Family Car of the Year (2017) and two highly coveted awards for Best New Small Utility Vehicle (2018) and Best New Mid-Size Utility Vehicle (2019) from the Automobile Journalists Association of Canada. In Europe, the CX-5 was voted Best in Test in the Mid-Class SUV category for the Dutch Consumer Association’s annual Car Guide (2015), beating nine other competitors to the title.

From battling the elements in Chile to exploring Vietnam on and off the beaten track, the CX-5 has proven it can handle any terrain. In 2019 a fleet of CX-5s set off from the U.K. travelling through ice and snow to reach Nordkapp, the northernmost point of mainland Europe. The CX-5 has also crossed the world’s oldest and deepest lake – the frozen Lake Baikal in Siberia – becoming the first car manufacturer to achieve this feat. More recently, the CX-5 excelled in a 100,000-kilometre endurance test conducted by German magazine Auto Bild, achieving one of the best marks ever awarded and earning a fourth-place spot in its all-time rankings.

Combining high quality design and comfort with legendary driving performance, the CX-5 is available in three new grades to suit any lifestyle. The Sport Black grade pays tribute to the first-generation Mazda MX-5, with its classic sporty, red accents, while the GT Sport design features a luxurious Nappa leather and wood interior. The Newground grade is the perfect companion for any outdoor adventurer with its dirt-resistant interior and maximised all-wheel-drive performance. With more than three million models sold worldwide since its launch, the next generation CX-5 is joining an exciting legacy.