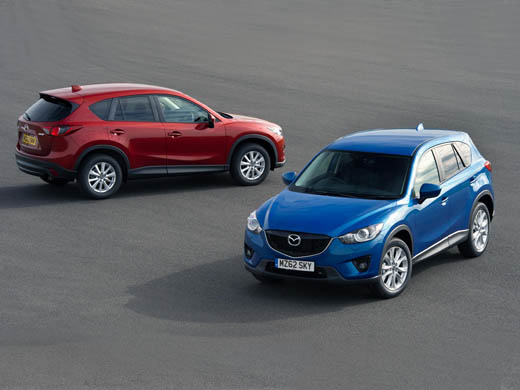 Mazda won for its Smart City Brake Support system, which is standard-fit across the Mazda CX-5 range, while Volvo won for its pedestrian airbag on its V40. The 16 judges, members of the Association of Scottish Motoring Writers (ASMW), were split, eight voting for each car.

ASMW President John Murdoch said: “The advances in active and passive safety features have been huge in recent years and features being offered by two car brands were particularly liked by the judges. In the end the jury was split and as a result the 2012 Safety accolade goes to two deserving joint winners.”

Mazda’s Smart City Brake Support is one of several new technologies on the Mazda CX-5. It uses sensors in the front of the car to monitor the closing distance and speed to the vehicle in front. If the system detects that a collision is likely and the driver hasn’t reacted in-time, the system applies the vehicle brakes to prevent the accident or reduce its severity. Effective when the speed difference between the driver’s car and the vehicle in front is less than 19mph.

Also, in June, the Mazda CX-5 was crowned ‘Best Crossover’ in the 2012 Auto Express New Car Awards for its “…space, quality and style with a great drive and incredible efficiency,” commented Auto Express editor-in-chief, Steve Fowler.

The 18-strong line-up of the Mazda CX-5 models is priced from £21,395 to £28,995 (OTR). Customers have a choice of one petrol and one diesel engine (with two power outputs), four trim levels (SE-L, SE-L Nav, Sport and Sport Nav), six-speed manual and automatic transmissions and 2-wheel drive (2WD) or all-wheel drive (AWD) – depending on model.