by: Monique Clarke in Top Stories 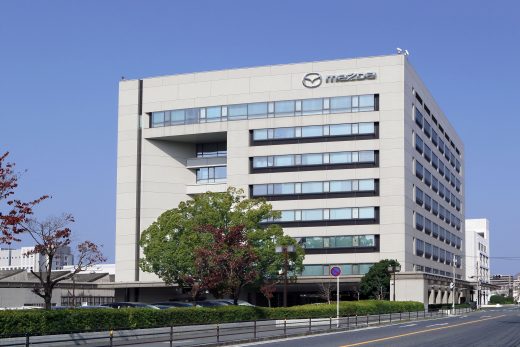 Heading towards a carbon-neutral future by 2050, the Mazda Motor Corporation today announced that it will accelerate its global electrification plans. By 2030, Mazda assumes that a quarter of its products will be fully electric and all other models will be electrified in some form.

Between 2022 and 2025, Mazda will introduce a range of new products using the SKYACTIV Multi-Solution Scalable Architecture, mainly for Japan, Europe, the US, China and ASEAN.  It will include five hybrid models[1], five plug-in hybrid models and three EV models. Further details on these new products and their launch markets will be announced in the future.

Mazda remains committed to reducing CO2 emissions from each and every car and believes that all options available must be used to achieve climate neutrality. Through the SKYACTIV Multi-Solution Scalable Architecture, continued electrification will go hand in hand with the development of advanced internal combustion engine technology such as the award-winning e-Skyactiv X as well as new straight-six engines.

In many regions, Mazda is investing in different projects and partnerships to promote the development and use of renewable fuels in cars. In Japan, Mazda is involved in several joint research projects and studies as part of an ongoing industry-academia-government collaboration to promote the wide-spread adoption of biofuels from microalgae growth. In Europe, Mazda joined the eFuel Alliance in February 2021 as the first OEM.

Advanced safety systems made for the driver – Mazda i-Activsense

Mazda cars are made for drivers. To continue its support of the industry aim of a society without traffic accidents, Mazda announced that it will expand its advanced safety technologies with the introduction of its human-centric autonomous driving system “Mazda Co-Pilot Concept”. This will first appear in form of the Mazda Co-Pilot 1.0 in Mazda’s Large Products from 2022.

With the Mazda Co-Pilot Concept, over time, Mazda will introduce a system that monitors the driver’s condition at all times. If a sudden change in the driver’s physical condition is detected, the system switches to autonomous driving, navigating the car to a safe place, stopping the car and placing an emergency call.