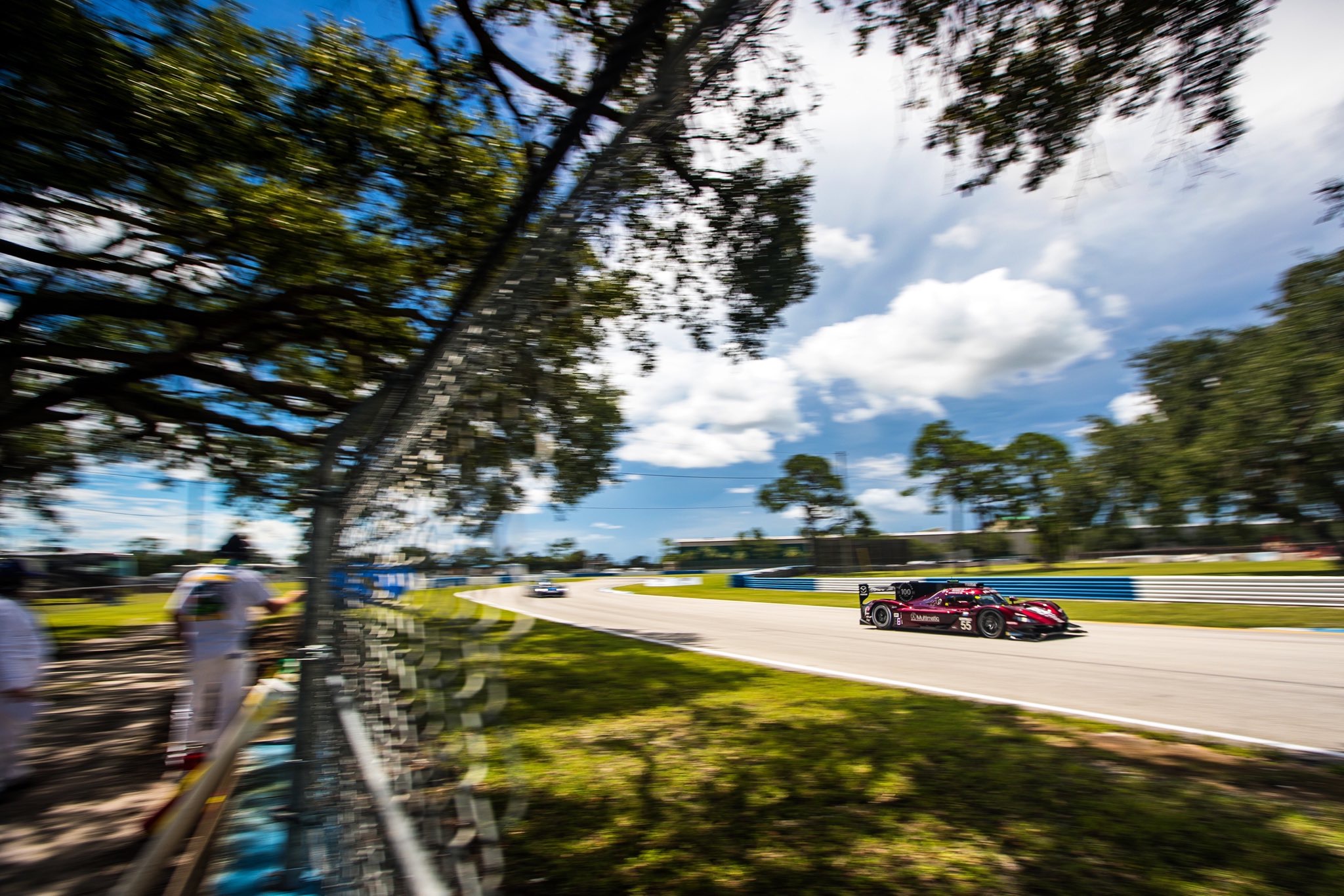 When the 2020 IMSA SportsCar Championship began at Daytona in January, nobody foresaw the challenges that lay ahead. Ten months and a global pandemic later, the Mazda Motorsports team is hunting wins back in Florida. It has been a rollercoaster ride of a season and the team is motivated to end on a high at the rescheduled once-around-the-clock endurance event.

The Mobil 1 Twelve Hours of Sebring is a highlight of the IMSA calendar, whatever time of the year it’s held, it’s an event that every driver wants to win. Mazda Motorsports has its full driver roster on duty at Sebring with Ryan Hunter-Reay joining Harry Tincknell and Jonathan Bomarito in the number 55 Mazda and Olivier Pla back in the number 77 car with Oliver Jarvis and Tristan Nunez.

The sprint race at Sebring last July was dominated by the Cadillacs, but mainly in terms of fuel strategy rather than outright speed. The Mazdas came home fourth and fifth behind a Cadillac 1-2-3 but adjusted fuel capacity, a longer race and lots of experience at this 12-hour event should turn the tables somewhat.

Driver of the number 55 Mazda, Harry Tincknell, is ready to throw everything at this race, as he explains:

“It’s great to get to this stage of the season and still have such a big race ahead of us as it gives the team the opportunity to end on a high. We still have a bit of ground to make up but we will give it everything we’ve got. Everyone talks about the bumps at Sebring but the Multimatic DSSV dampers we run cope with those exceptionally well, which gives us an advantage over the competition.

“Sebring is a unique place with a very special atmosphere so it’s good to hear the fans will be allowed in this time,” he continued. “It was strange to race there earlier this year when it was so quiet. I’m really looking forward to having Ryan back in the car. He did a great job at Petit Le Mans and he has had some good Indycar results recently so he will also be keen to end the season on a high, like Jonathan and myself. We can build on the pace we found at Laguna. We stayed out in Florida after the last race so we’re nicely used to the humidity – it’s still 28 degrees – and with lots of changeable conditions in the forecast we need to be sharp on the stand and sharp in the car to react to all of those. It’s a 12-hour race so we need reliability so we can stay in the race and be ready to pounce at the end.”