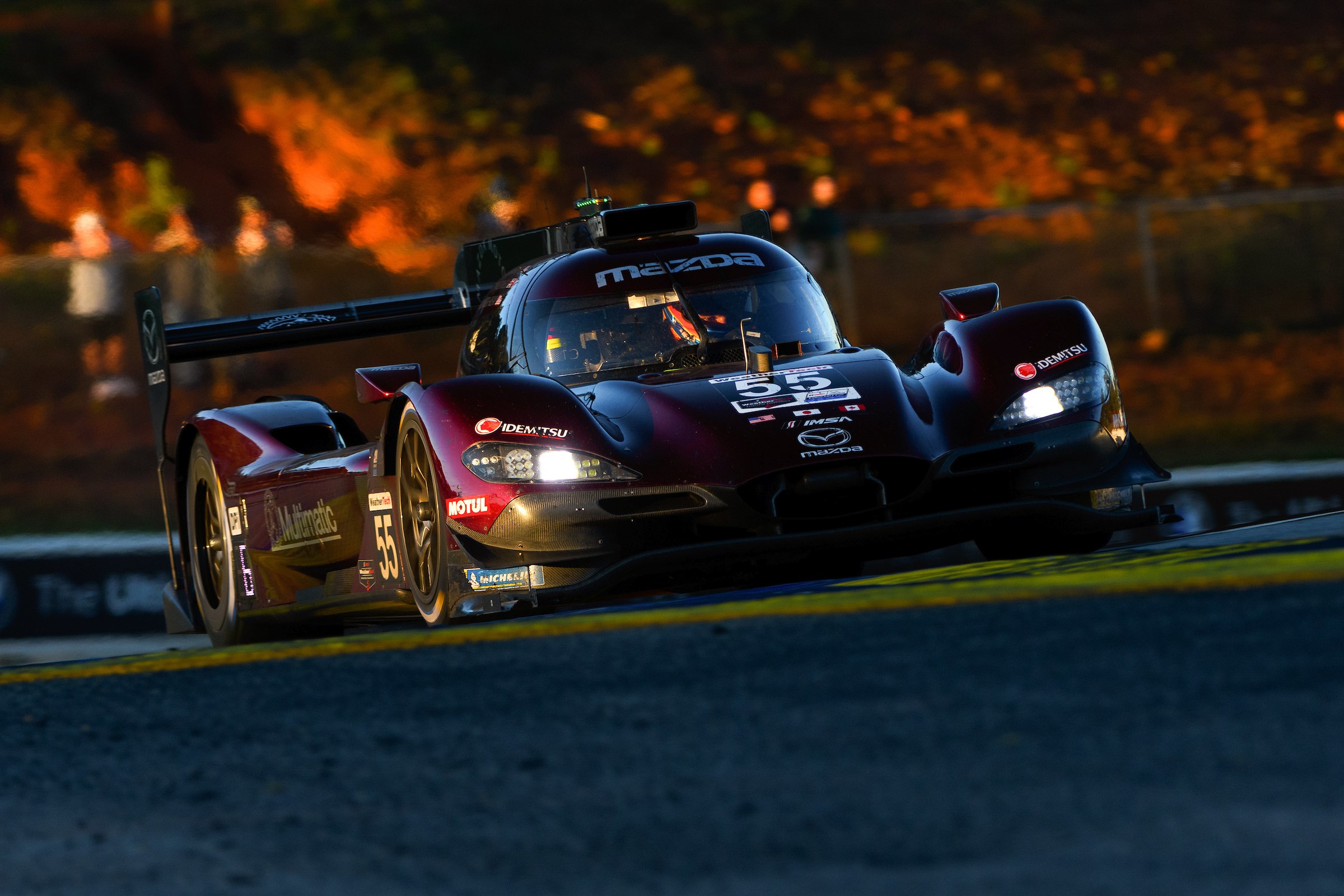 The penultimate round of the 2020 IMSA SportsCar Championship sees Mazda Motorsport head to California for a two-hour, 40-minute sprint race at Laguna Seca on Sunday. Luck hasn’t been on the side of the Multimatic-run Mazda Motorsports squad recently so the team is hoping for a change of fortune this weekend. Harry Tincknell, who shares the number 55 Mazda with Monterey-born Jonathan Bomarito, also has a point to prove at Laguna Seca.

“We’re going for broke this weekend!” said Tincknell. “It’s time we started winning again. Our pace has been very strong over the last few races but things just haven’t gone our way. Most recently, we had the speed to fight for the win at Petit Le Mans but then we had the brake problem, which the team has been investigating. I feel like I owe the team one at Laguna as I was leading there in 2018 until I had contact with a back marker and spun. That should have been the first win for Mazda so I definitely have unfinished business there.”

The number 77 Mazda crew suffered at the hands of fate last time out, when a one-in-a-million freak accident ended their charge. Oliver Jarvis and Tristan Nunez want to win this one for the team.

“After a couple of disappointing results due to bad luck on the number 77 car, we head to Laguna trying to put this right,” said Jarvis. “We are now out of contention for the driver’s championship so we will be pushing for wins to finish the year strongly and also to reward the team for their incredible hard work. It has been a tough season for everyone involved due to the current circumstances around the world so we want to get good results in the last two races to make it all worthwhile.”

WeatherTech Raceway Laguna Seca is one of the world’s most famous tracks, especially to fans of Gran Turismo. It is a low-grip surface owing to the sand that blows across it and it boasts a good combination of fast corners, with a couple of slow hairpins and the famous Corkscrew. Harry Tincknell talks us through that tricky turn:

“You can’t see much at all on the way into the Corkscrew. You choose your braking point at the top of the hill and all you can see in the distance is a tyre barrier and the track just falls away. You turn in from the kerb on the right and aim for the kerb on the left but you don’t see where you’re going to end up until you get to the exit. You then find yourself either on the kerb, on the tarmac, or you’ve got two wheels in the gravel! It’s a real rollercoaster ride that makes your stomach flip every time. As crazy as this sounds, you just turn in and hope for the best!”

The two-hour, 40-minute race gets underway on Sunday 1 November