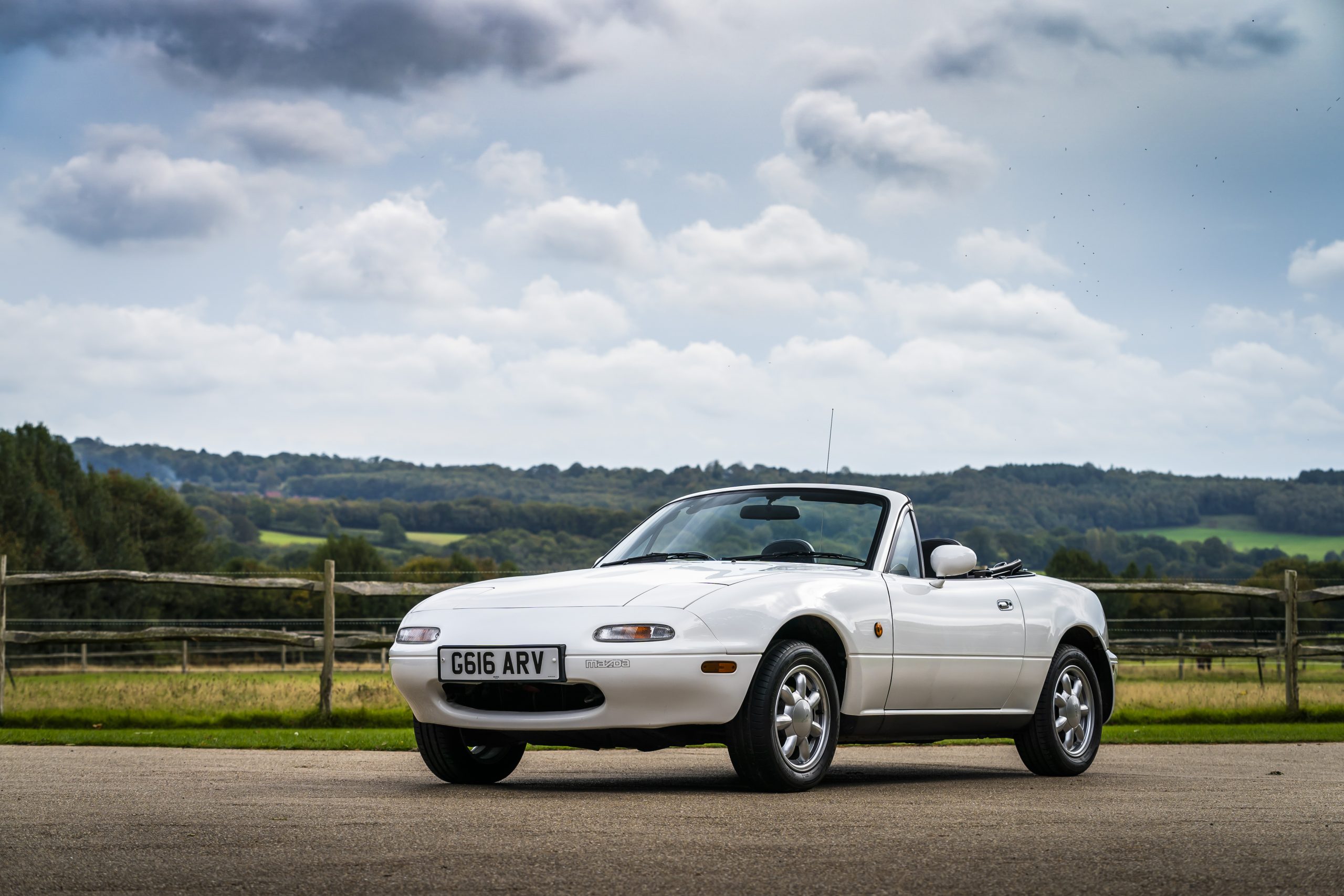 Revealed at the 1989 Chicago Motor Show, the Mazda MX-5 has become a landmark car in the 100-year history of Mazda – a car that is the very essence of the Jinba Ittai driver-and-car-as-one philosophy that goes into every Mazda. With more than one million cars sold across four generations, the Mazda MX-5 is the world’s best-selling two-seater roadster and continues to win new fans across the world.

However, for many MX-5 fans it’s the timeless first-generation that’s closest to their hearts. Now into its third decade the original Mazda MX-5 is as popular as ever with sports car enthusiasts and in recent years has begun to be even more accepted as a true classic to be preserved, enjoyed and restored. With the popularity, rarity and values of Mk1 MX-5s rising, especially original UK cars, the first-generation MX-5 is fast attaining the revered classic status it deserves.

With this in mind Mazda Corporation is introducing an expanded range of official reproduction parts that will allow owners to enjoy and enhance their Mk1s for many years to come with factory approved parts and components. In total there are now 117 left hand drive and 156 right hand drive vehicle parts available to support first-generation MX-5 restoration projects.

To ensure Mazda introduced the most needed parts, the company consulted specialist retailers and MX-5 fan clubs across Europe. All the parts will be manufactured in Japan using modern methods and highest quality materials, while maintaining the look and feel of the original components. The new range includes parts that enthusiasts have been frequently searching for, including a newly-developed fabric hood that uses the same rear screen material as the original version. Continuing the authentic approach, Enkei Wheels will be manufacturing aluminium wheels that perfectly match the original design, but will be using modern technologies to make them lighter and more hard-wearing.

There will also be a large list of replacement interior trim parts, mechanical components and smaller bolts and washers. Commenting on the increased list of official first-generation MX-5 parts that will be available to order from UK Mazda dealers, Mazda Motors UK Parts and Accessories Marketing Manager, Steve Rose said: “right from its launch here in 1990, the MX-5 has always been hugely popular in the UK, so we are delighted to be able to offer Mazda Genuine Parts through our Authorised Repairer Network allowing our customers to keep their MX-5 100 per cent Mazda”.

Adding, “with the early cars becoming modern classics  it’s great to see so many still being driven and enjoyed. Whether it’s a full restoration or general maintenance, having a ready supply of genuine parts means these cars can continue to be enjoyed for years to come”.

A total of 20,132 first-generation MX-5s were official imported to the UK and now there’s an even bigger range of official parts for the original MX-5 owners in the UK, while the current Mazda MX-5 range has recently been updated with the 2.0-litre 100th Anniversary Special Edition and the 1.5-litre R-Sport. Both cars continue a long tradition of offering distinctive, stylish and exclusive limited-edition models.