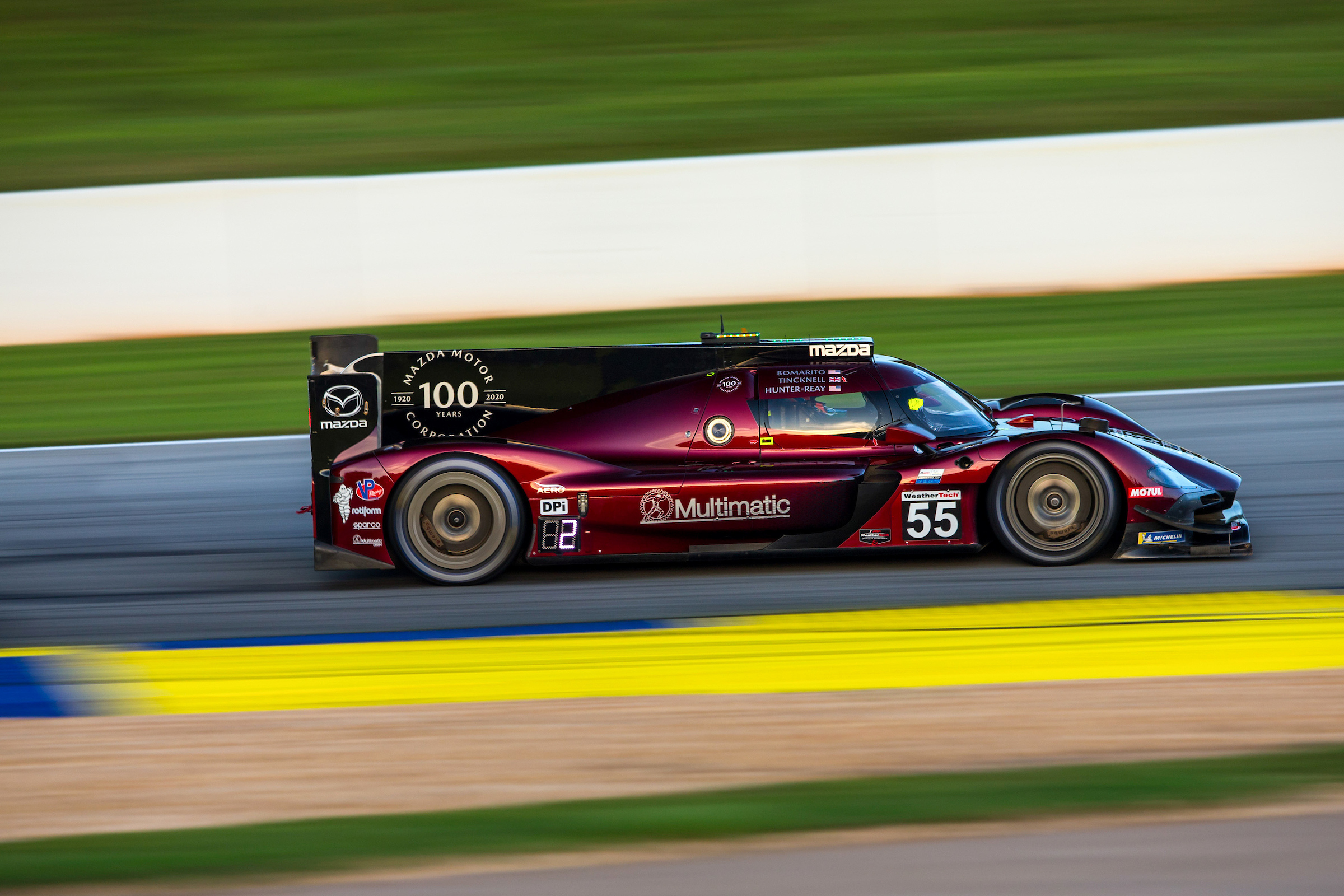 The 10-hour ‘Petit Le Mans’ at Road Atlanta has traditionally been the season finale for the IMSA SportsCar Championship but in 2020 it is the first of what promises to be a three-race battle for the title where Mazda Motorsports is going to be giving it everything. Across the three remaining races at Road Atlanta, Laguna Seca and Sebring they are aiming to claw back eight points to the championship leader.

Mazda Motorsports’ endurance driving squads return for this event. IndyCar champion, Ryan Hunter-Reay climbs back into the number 55 Mazda with Harry Tincknell and Jonathan Bomarito and in the number 77 Mazda, Olivier Pla will join Oliver Jarvis and Tristan Nunez. The reconfigured 2020 calendar gave Hunter-Reay and Pla a great opportunity to get reacquainted with the Mazda RT24-P in the Watkins Glen replacement event at Atlanta just a few weeks ago, which resulted in Pla setting the DPi class fastest lap, so pace should not be an issue in the upcoming 10 hour classic.

The six-hour race at Road Atlanta, held in early September, was as fast and furious as they come. The number 55 Mazda came so close to victory, finishing just 0.9 seconds behind the winner and the number 77 was an early challenger for the win before a brake issue decelerated their charge. With the Mazda RT24-P very much at home on this old school high speed track, the scene is set for a classic Petit Le Mans.
Determined to go one podium step higher this time out, driver of the number 55 Mazda, Harry Tincknell, said: “It’s quite unique to race at the same track twice in a season so we go to Road Atlanta with a lot of data from the six-hour race, which went well for the team. Both cars were competitive throughout and we were just shy of the win so we want to go one step better this time. The last race at Mid-Ohio didn’t go to plan but we salvaged fourth place there, which got us some good championship points. We have now regrouped after having a very constructive debrief after the last race. We worked out what went wrong and what we need to do to make sure we are back on form this weekend. We need to go to Road Atlanta and win. We know it’s possible so we just need to make it happen.”

The charge of the number 77 Mazda was only halted by a technical issue at the six-hour, so Oliver Jarvis is hoping for a trouble-free run this weekend: “After a really strong race at the last Road Atlanta event, it is great to be returning with the opportunity to once again fight for victory after being cruelly denied whilst leading the race back in September. It is a track I really enjoy and Petit Le Mans is one of those coveted races that every driver wants to add to their list of victories. As always we will be going there with the aim to win and doing so would put us right back in the Championship fight.”