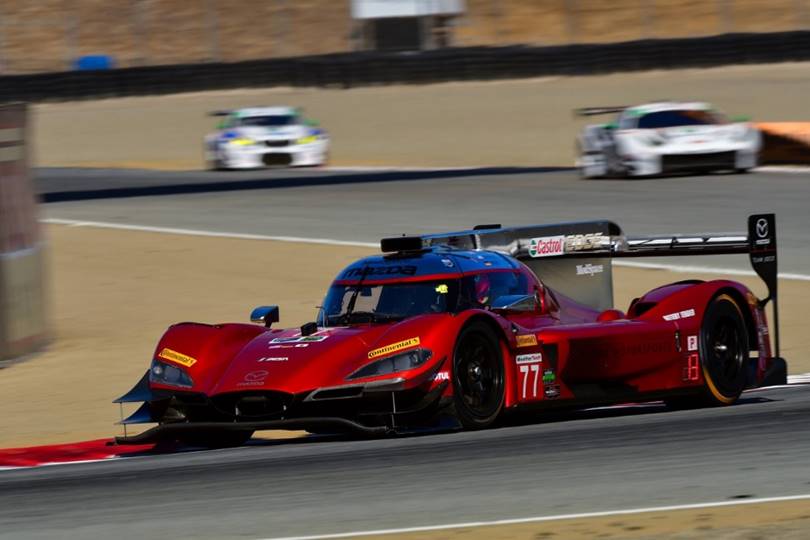 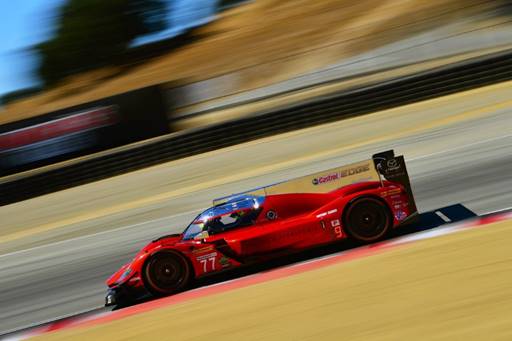 Di Grassi will join Oliver Jarvis and Tristan Nunez in the Number 77 Mazda RT24-P. Di Grassi is a Formula 1 veteran and a former Formula E champion, but also has extensive sports car experience with Team Joest in the World Endurance Championship with a best finish of second at the 24 Hours of Le Mans in 2014. 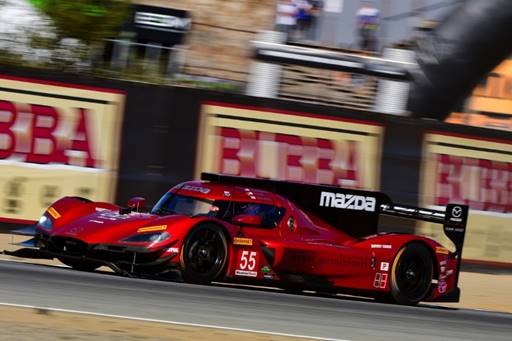 Franchitti will join Jonathan Bomarito and Spencer Pigot in the Number 55 Mazda RT24-P. Franchitti is a sportscar racing veteran who has an overall victory at the 12 Hours of Sebring on his CV as well as a class victory at Petit Le Mans with Mazda, and was a part of Mazda’s American Le Mans Series lineup in 2008-2009. 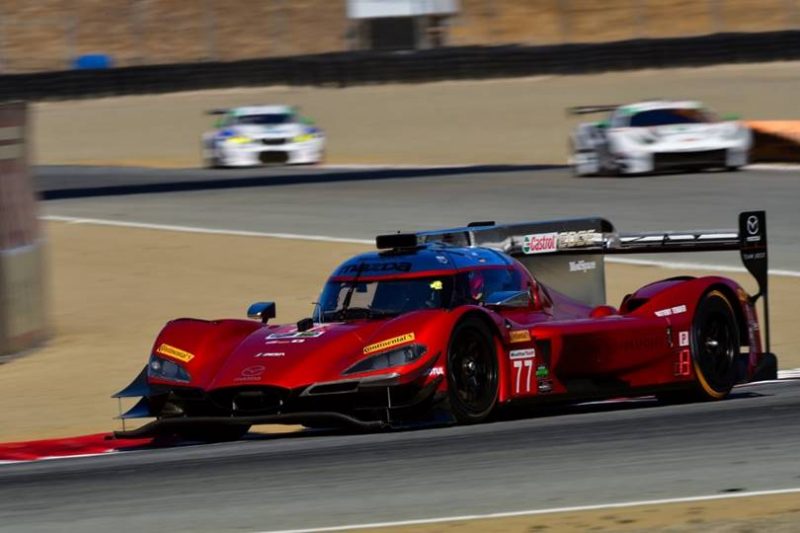 After dominating the previous race at WeatherTech Raceway Laguna Seca, the number 55 Mazda RT24-P driven by Jonathan Bomarito and Harry Tincknell finished in fourth position. All six drivers are looking to beat the team’s best result of the season, which came at Mid-Ohio when Oliver Jarvis and Tristan Nunez finished in third position. 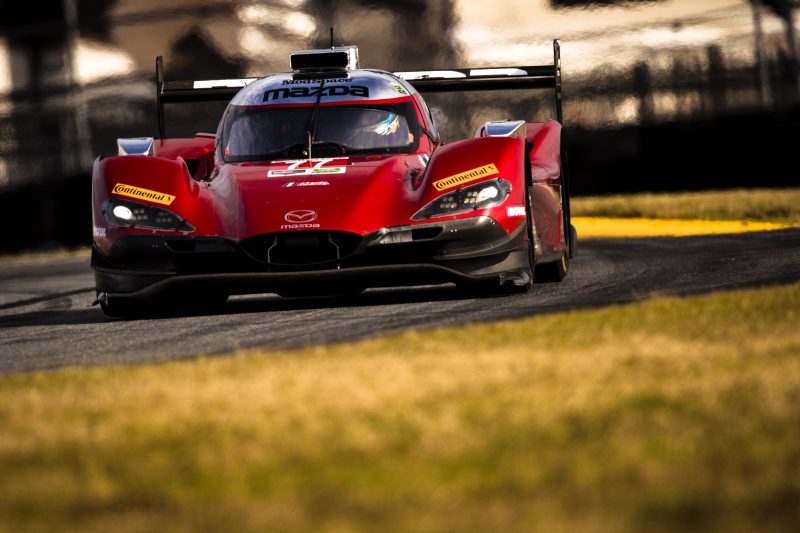 The world famous Petit Le Mans will take place this weeekend at Road Atlanta, in Georgia. 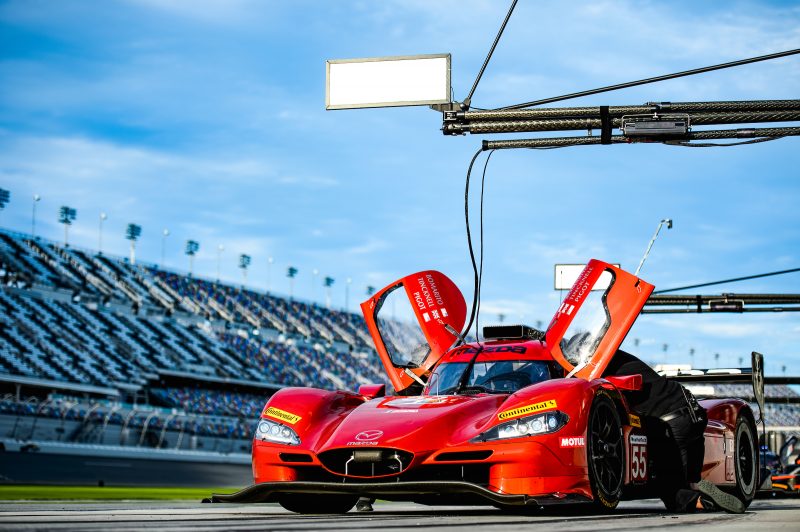 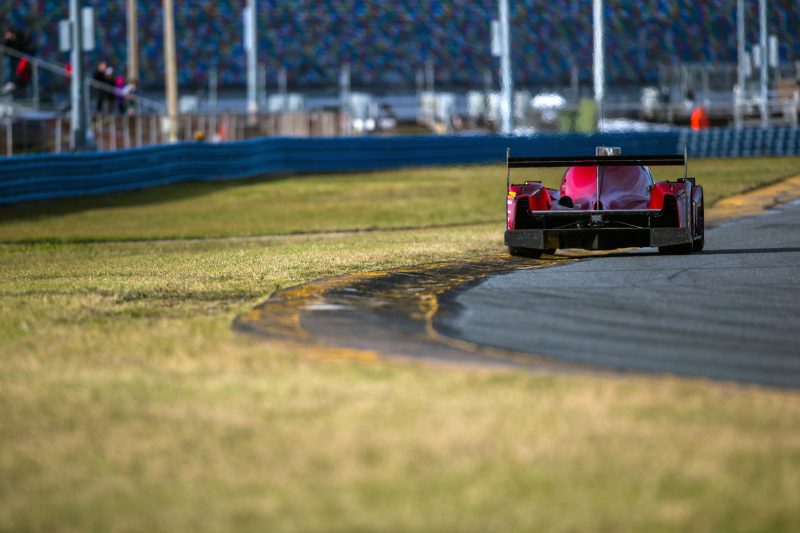 “As I look back at Mazda’s history at Petit Le Mans, I am proud of what we have accomplished. A podium in 2005 kicked it off, several years that followed where we ran at the front all day were encouraging, and our victory in 2009 is the best memory to date. All that said, as we enter Petit Le Mans this week there is only one thing on our minds – and that is to bring home a victory for the Mazda brand and all of our fans. We stated that our goal in the new Mazda Team Joest program was to win races. And while we have been close many times this season, we have not realized our goal yet. We have a good history at Petit Le Mans, but we head into this year’s event trying to make new and great history. We plan to write that next chapter at Road Atlanta this week.”

“Petit Le Mans is such an intense race from start to finish. Road Atlanta is a super-fast and flowing track, which makes the traffic extremely difficult and constant. Drivers need to have a perfect balance of patience and aggression to be successful at this iconic race.”

“Petit Le Mans is one of my favourite races, so to be back there with Mazda Team Joest is something I’m very excited about. Having seen the progress that the Mazda RT24-P has made from last year to this year first hand, we certainly have a car capable of repeating our win from 2009. It’s such a pleasure to be working with Jonathan and Spencer again. We had a good test recently and we’re looking to finish the season on a high.”

“I’m very much looking forward to Petit Le Mans this weekend at Road Atlanta with Mazda Team Joest. I’ve only done this race once but I had a blast. In my opinion, it’s one of the best road courses in America because of its high-speed corners and little room for error. Marino is a great addition to the No. 55 Mazda RT24-P; he’s very quick and brings a wealth of knowledge and experience of endurance racing. It’s one of the more difficult places for traffic because the line on much of the track is only wide enough for one car so it’s easy to get stuck behind a GT car and lose a lot of time. We’ll have to be smart and aggressive at the same time to make sure we’re there at the end to fight for the win.”

“I’m super happy to be joining Mazda Team Joest, to work with many of my old colleagues in the prestigious Petit Le Mans and to compete in the highest level of American motorsport for the first time. My teammate for this race, Oliver Jarvis, is a good friend and we raced together for two years in LMP1. I’m excited to join him and Tristan Nunez and push for the victory in the Mazda RT24-P.”

“This will be my first Petit Le Mans, but it is a race I’ve always wanted to compete in. Having tested at the track earlier in the year, it is already clear that traffic will be extremely challenging with very few places where passing is possible. Even though it is ten hours long it is one of the longest races of the year, I fully expect it to be a sprint from start to finish and with such strong competition there won’t be any room for errors if you want to be on the top step come Saturday evening. With Rene busy on DTM duties it’s great to have another former colleague join us in Lucas Di Grassi and I know he will be competitive straight away. I think we have every opportunity to win this event and finish the year on a high.”

“I am really looking forward to getting back to Road Atlanta. It’s a character-building track with the lack of lights around the track at night, plus the crazy elevation changes. The night racing is going to be intense and if like years past we draw the rain card that will put a whole new dynamic on the race. I’m feeling good about this one. We’ve had a tough year and have worked hard to get the result that Mazda deserves, and I really think this is the one. And that would set ups up nicely for next season.”