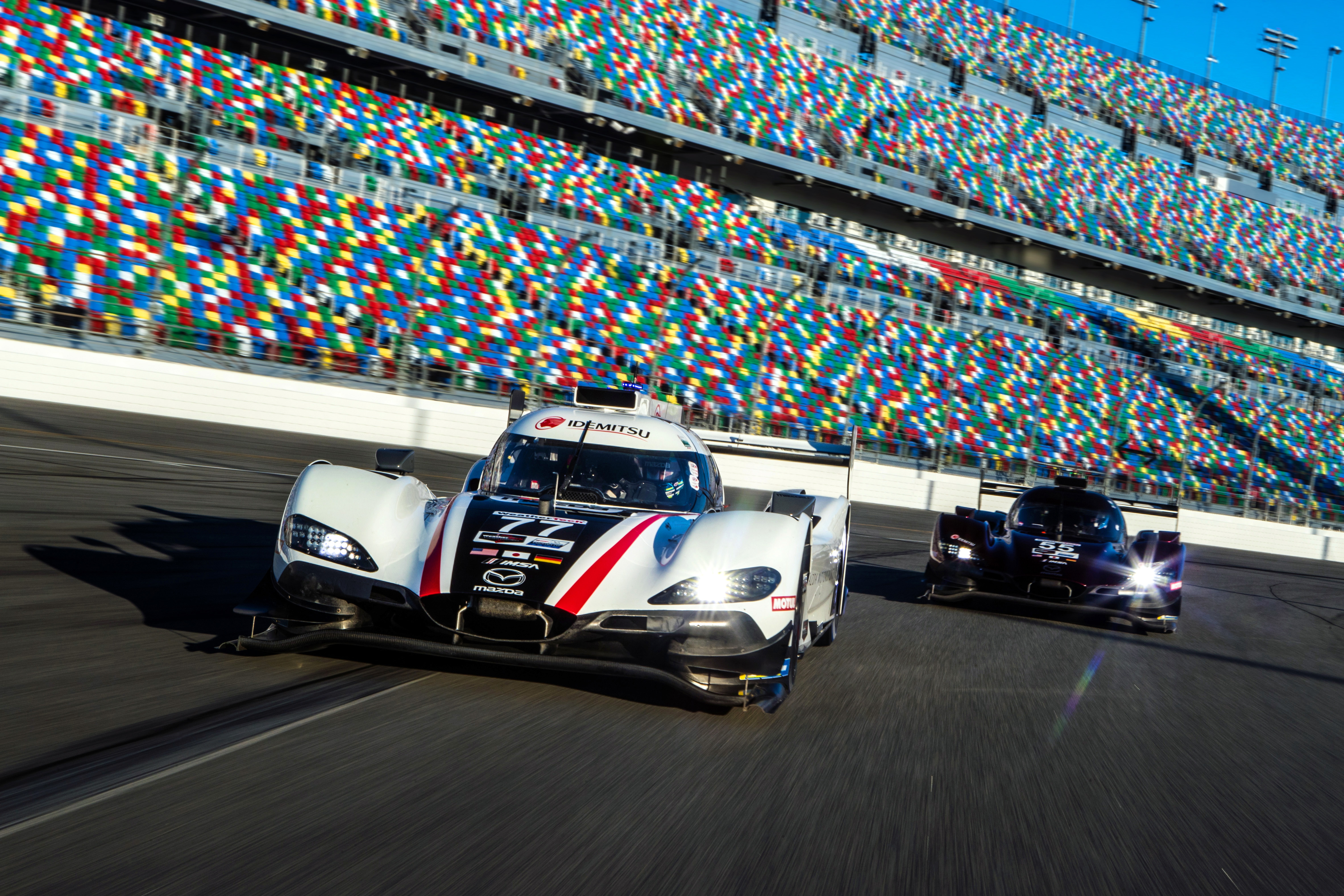 After setting the fastest time of the weekend in the Daytona Prototype international class at the ‘Roar Before the 24’ pre-race official test session earlier this month, Mazda Team Joest returns to Daytona International Speedway this weekend with one goal in mind: victory in North America’s most famous sportscar race.

Driving the Arctic White number 77 Mazda RT24-P, Olivier Pla unofficially broke the Daytona International Speedway course record at the official test. The current course record was set by his British teammate, Oliver Jarvis, during qualifying for the 2019 Daytona 24 Hours. Pla and Jarvis will share the car with Tristan Nunez.

The team’s other car, the Soul Red Crystal number 55 Mazda RT24-P, will be driven by Jonathan Bomarito, Harry Tincknell and Ryan Hunter-Reay. Hunter-Reay, the former IndyCar Series champion and Indianapolis 500 winner, will take part in the endurance races this season with Mazda Team Joest. Bomarito and Jarvis have previous class victories at Daytona 24 Hours, with Bomarito winning in the GT class in 2010 driving a Mazda RX-8 and Jarvis winning in the GT-Daytona class in 2013 in an Audi R8.

Commenting on the build up to the race Mazda Motorsport Director, Nelson Cosgrove said: “Everyone in the program did an outstanding job over the winter in the testing and preparation of the Mazda RT24-Ps, and it showed with how well both cars ran in testing. The performance of the drivers and team at the test was a real statement to how seriously they are taking the challenge of winning the Daytona 24 Hours for Mazda. We know we have speed, but we will have to be nearly perfect to come out ahead of the competition in this race.”

British sportscar star Harry Tincknell added “I’m really excited to get the Daytona race weekend underway. It doesn’t seem that long since we were at this point in 2018. Since then, we broke the lap record at Daytona and won three races – and the momentum we have this year is higher than ever. We know we have the pace to compete, and if the reliability follows, I have no doubt we’ll be huge contenders.”

While Oliver Jarvis said: “With a strong second half of the 2019 season and a great test last month, we are heading to Daytona full of confidence. We know we have a quick car but as always in a 24-hour race, reliability will play a key role. This is an area we have worked incredibly hard over the winter and the team have done an incredible job. I have won this race in GT-Daytona class, but now I want to win it overall and to do that with Mazda Team Joest would be incredibly special.”

The Daytona 24 Hours takes place this weekend and is lived streamed in the UK here: https://imsatv.imsa.com/