The Car as Art | How Mazda designs 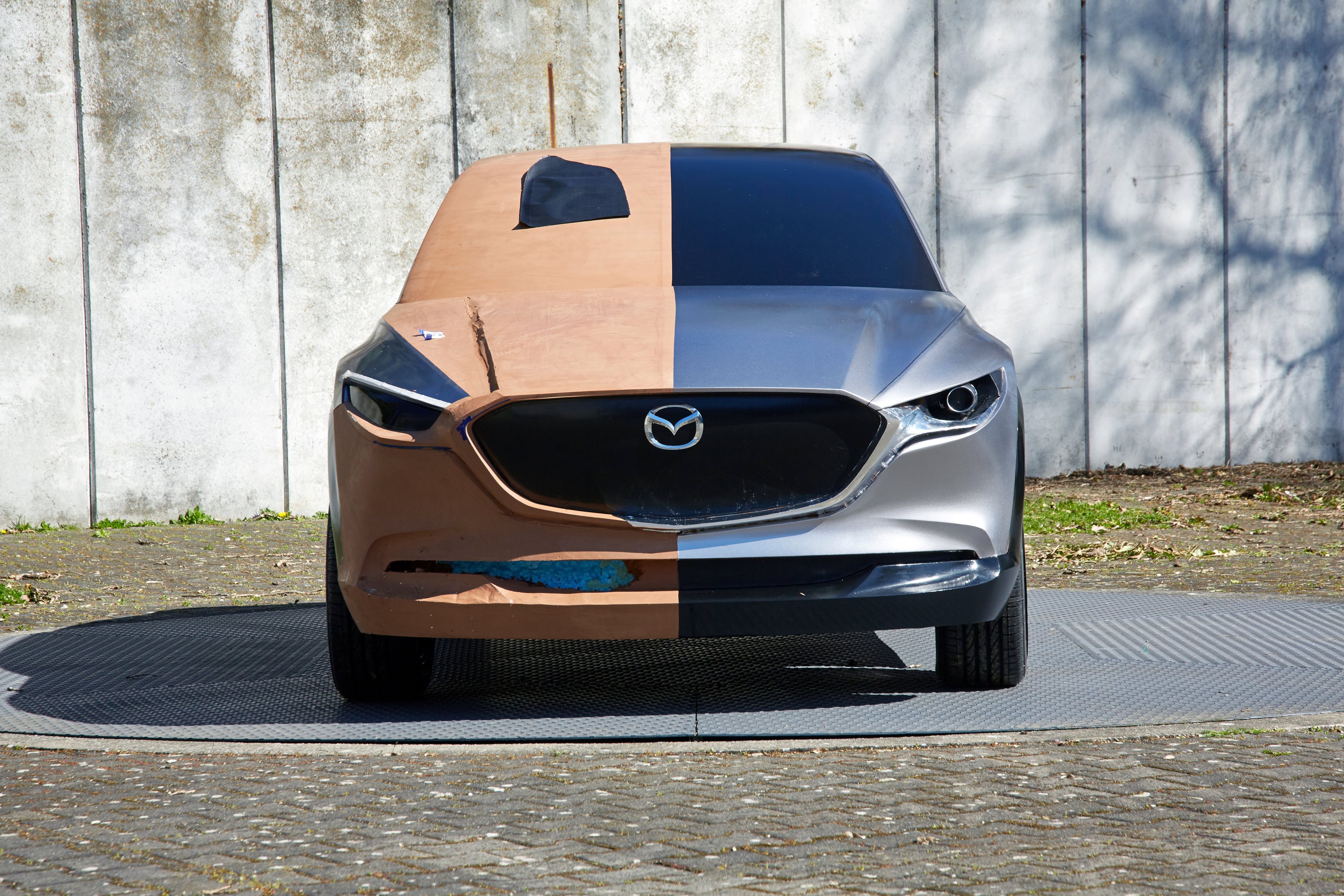 Rooted in tradition, inspired by vision

Mazda’s history, like that of its home town Hiroshima, is one of facing and overcoming adversity. It has shaped the company’s very nature and made it fiercely independent.

Mazda’s designers view the vehicle as a work of art. This is the reason why they hone their skills and push their horizons during regular excursions outside the industry, working on non-automotive projects and collaborating with external artists.

Kodo, which means “soul of motion”, is Mazda’s design philosophy. Kodo aims to capture energy in motion, even when standing still, infusing the vitality of living creatures into products that are exciting and inspiring yet also warm and inviting.

The car as an art form

The process of overcoming the challenges Kodo poses begins with the designers and clay modellers formulating the emotion a given vehicle is supposed to evoke in the viewer, like a piece of art.

They then explore that emotion in sketches and three-dimensional clay models. In doing so, they are driven by their obsession with beauty, using the power of human hands to create forms that move people, and channelling the spirit and tradition of Japan’s master craftsmen.

Kodo is characterised today by a dignified minimalistic presence, a fundamental elegance based on Japanese aesthetics. The principle at Mazda is beauty through subtraction, eliminating any unnecessary elements.

For example, with bodywork featuring the subtle sori curves favoured by the ancient Japanese artisans, and utsuroi surfaces that make light and shade come to life. Or the cabin where the traditional spatial concepts of ma and yohaku are applied to create flow and atmosphere.

“The Japanese masters have always prized simplicity of form, of being beautifully pure,” says Jo Stenuit, Mazda’s European design director. “This inspired our designers to trim back elements and create something dynamic yet elegant, restrained yet vital. This is how we perceive Japanese aesthetics, a sensibility that has created emotionally moving cars.”

Concept cars like the RX-Vision and Vision Coupe, created by Mazda in 2015 and 2017 respectively, showcase the direction Mazda is taking with car design. The new Mazda CX-30 is a result of these design concepts being brought to life in a mass production vehicle.

The designs are created by converting human energy into sophisticated shapes with the utmost precision. Skilled hands fashioning surfaces that are unique in the world of automobiles, capturing the viewer’s attention. And all for the love of driving.

Yohaku: The art of emptiness, the beauty of empty space e.g. the flow and atmosphere in the Mazda CX-30 cabin

Ma: The space or intervals between elements, reminiscent of Japanese architecture e.g. the contrast between embracement and openness in the Mazda CX-30

Sori: Curves found in traditional architecture and sword making e.g. the arc running from the Mazda CX-30 headlamp over the front fender to the rear wheel

Utsuroi: The interplay of light and shadow e.g. the way surfaces on the sides of the Mazda CX-30 body manipulate light, reflecting an “s” shape that changes with the viewer’s perspective or when the car is in motion

Inspired by emotion, infused with soul

Vehicle design is unique at Mazda: It begins with a vision and a philosophy, which modellers express in a three-dimensional form, creating sculptures in clay, wood or metal. This is the inspiration for the designers to start sketching the actual cars.

Professional clay modellers at Mazda’s design centres in Japan, Europe and the U.S. interpret the designer’s sketches, striving to understand their intentions and translate them into a scale model. This is followed by intense debate about the model, which is adjusted over and over until the design is finalised down to the last detail. In short, it’s a lengthy, painstaking process characterised by constant dialogue between the exterior designer and the clay modeller.

The process may not seem different to other manufacturers, except that Mazda puts far more emphasis on the human touch and the art of clay modelling.

Maintaining the clay modelling tradition means even the smallest changes can be made by hand. For example, to see how the light reflects on the surface, the designers apply a reflective foil to the model and then place a lined board opposite to examine and manipulate how the reflections behave.

From vision to reality, shaped by hand

Clay is the perfect material to convey the emotion and detail that Mazda wants to put into the surfaces of its vehicles. It requires sensitivity, a level of hand-eye coordination that a machine simply cannot deliver. Of course Mazda also uses digital design tools where appropriate, but clay modelling remains essential because of what it alone can express. And that is Mazda’s formula for exceptional design quality.

“From our perspective, a form made sincerely and conscientiously by hand receives a soul,” said Andreas Feussner, Head of Modelling at Mazda’s European design studio. “Kodo wouldn’t work without the human touch, and we are lucky to have some of the best clay modellers in the world.”

In fact, three of the clay modellers at the Mazda headquarters in Hiroshima carry the title of takumi, the Japanese term referring to the highest level a craftsman can attain. Associated with extraordinary precision, it normally takes a person around 20 years to earn this title.

One takumi can spend 6 months building a single 1:1 clay sculpture, which usually weighs around 1,500kg – more than the average compact car.

Using their hands and intuition, they shape the material, a special mixture of wax, oil, pigment and aggregate that has been warmed to around 60°C to soften it, into the model of a vehicle. With a focus on Kodo’s sophisticated simplicity and sensuous beauty, they give the form a soul that speaks for itself.

In an age where digital design reigns supreme, Mazda still believes the human touch is irreplaceable, and continues to trust in the abilities and experience of these takumi masters.