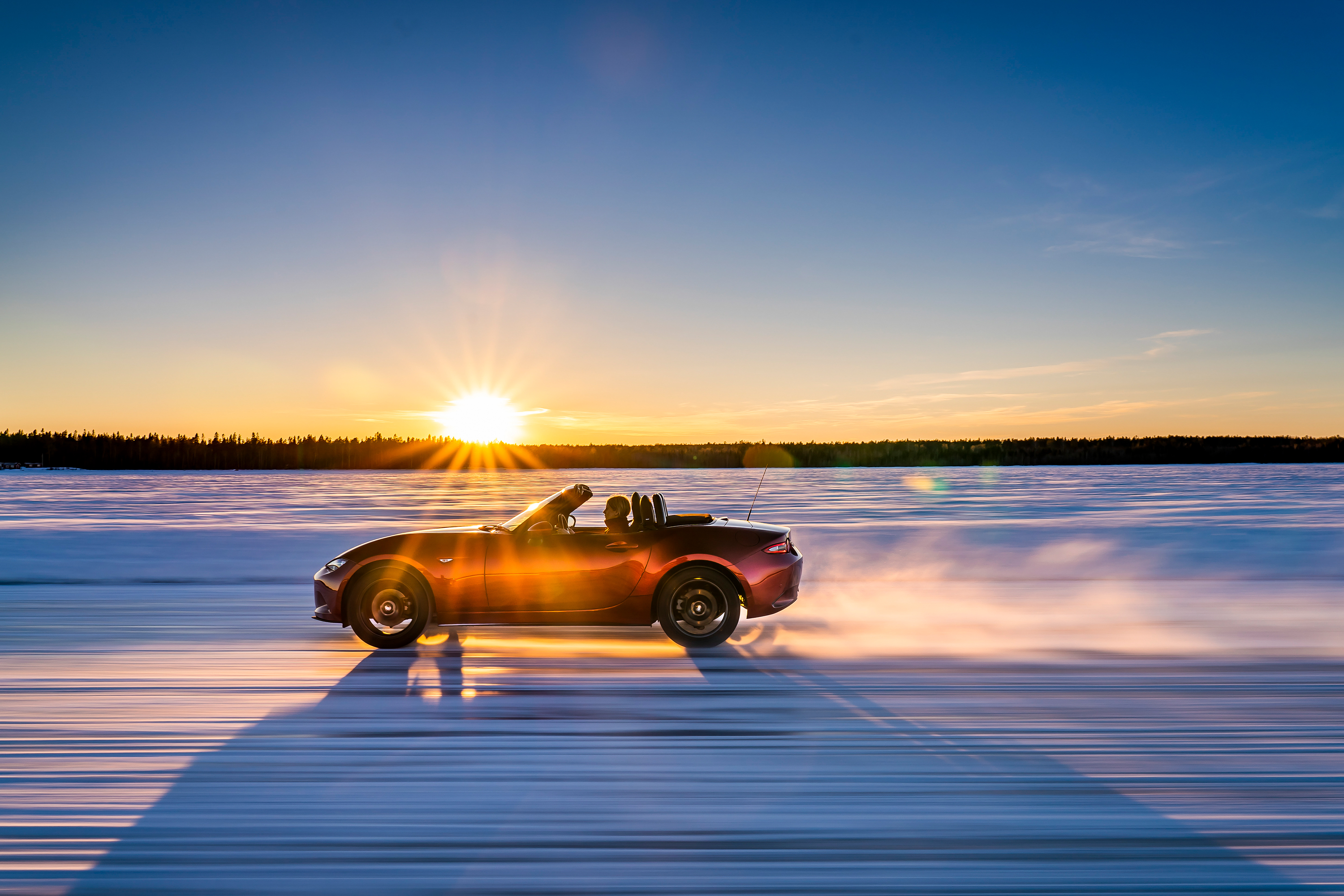 The Mazda MX-5 has been named Roadster of the Year by Auto Express at their annual New Car Awards. Having taken the title every year since 2015, this is the fifth consecutive year that the fourth-generation MX-5 has secured this coveted award.

In the year that Mazda’s iconic sports car celebrates thirty years since its debut at the 1989 Chicago Motor Show, this famous roadster continues to add to a global awards tally of over 300 major accolades. Commenting on the MX-5’s continued success, Steve Fowler, Auto Express Editor-in-chief said: “whether you choose the convertible or the Retractable Fastback RF version, you can’t go wrong with the brilliant Mazda MX-5. It has all the ingredients you’d want from a car designed for fun, and yet it’s not so compromised that you couldn’t drive it every day. In fact, many owners use theirs all the time – and why wouldn’t you, when you’re having that much fun?”

With rear-wheel drive, perfect 50:50 weight distribution and more comfort and technology than ever before, the Mazda MX-5 is pure roadster. Its dynamic proportions combined with Mazda’s KODO: Soul of Motion design philosophy ensures that the Mazda MX-5’s styling reflects its focus on driving pleasure in an unmistakably contemporary and dynamic way.

Maintaining the driver-focused ethos that has made the Mazda MX-5 the world’s bestselling two-seater sports car of all time, the fourth-generation MX-5 was conceived and developed under the concept of “innovate in order to preserve”. This engineering philosophy has allowed Mazda to maintain the lightweight, agility, fun and engagement that has always defined the MX-5 while at the same time meeting ever-increasing safety and efficiency requirements, alongside improved refinement.

With Mazda’s dominance of the affordable sports car sector firmly re-established, the latest special version of this famous sports car is the Mazda MX-5 30th Anniversary Edition. Limited to just 3,000 cars globally, the 30th Anniversary Edition is exclusively offered in Racing Orange paint, a strikingly vivid colour that marks out this special MX-5.

In addition it features forged aluminium Rays wheels developed exclusively for the MX-5 in cooperation with Rays Co Ltd. and a 30th anniversary badge displaying the model’s serial number. Other unique features include orange brake callipers, and for the first time in the UK, Brembo front brakes.

Inside, the bespoke feel continues with orange accents on the seats, door trim, dashboard, steering wheel, air vents and gear lever, while Recaro seats and Alcantara trim on the door trim and instrument panel add a sense of exclusivity. The 30th Anniversary Edition also features Apple Carplay and Android Auto as standard.

Commenting on the Auto Express Award and the launch of 30th Anniversary Edition, Mazda Motors UK Managing Director, Jeremy Thomson, said: “in the three decades since the launch of the original model over 130,000 Mazda MX-5s have been sold in the UK and the 30th Anniversary Edition is a great way to celebrate this. The MX-5 is a sports car that has resonated with enthusiastic British drivers ever since its debut and four generations on it’s as popular as ever. Along the way, it has remained true to the original principle of being an affordable, lightweight and above all fun-to-drive roadster. Today it is the very essence of the Jinba Ittai driver-and-car-as-one philosophy that goes into every Mazda. So it’s fantastic that Auto Express continues to recognise this with their Roadster of the Year title.”