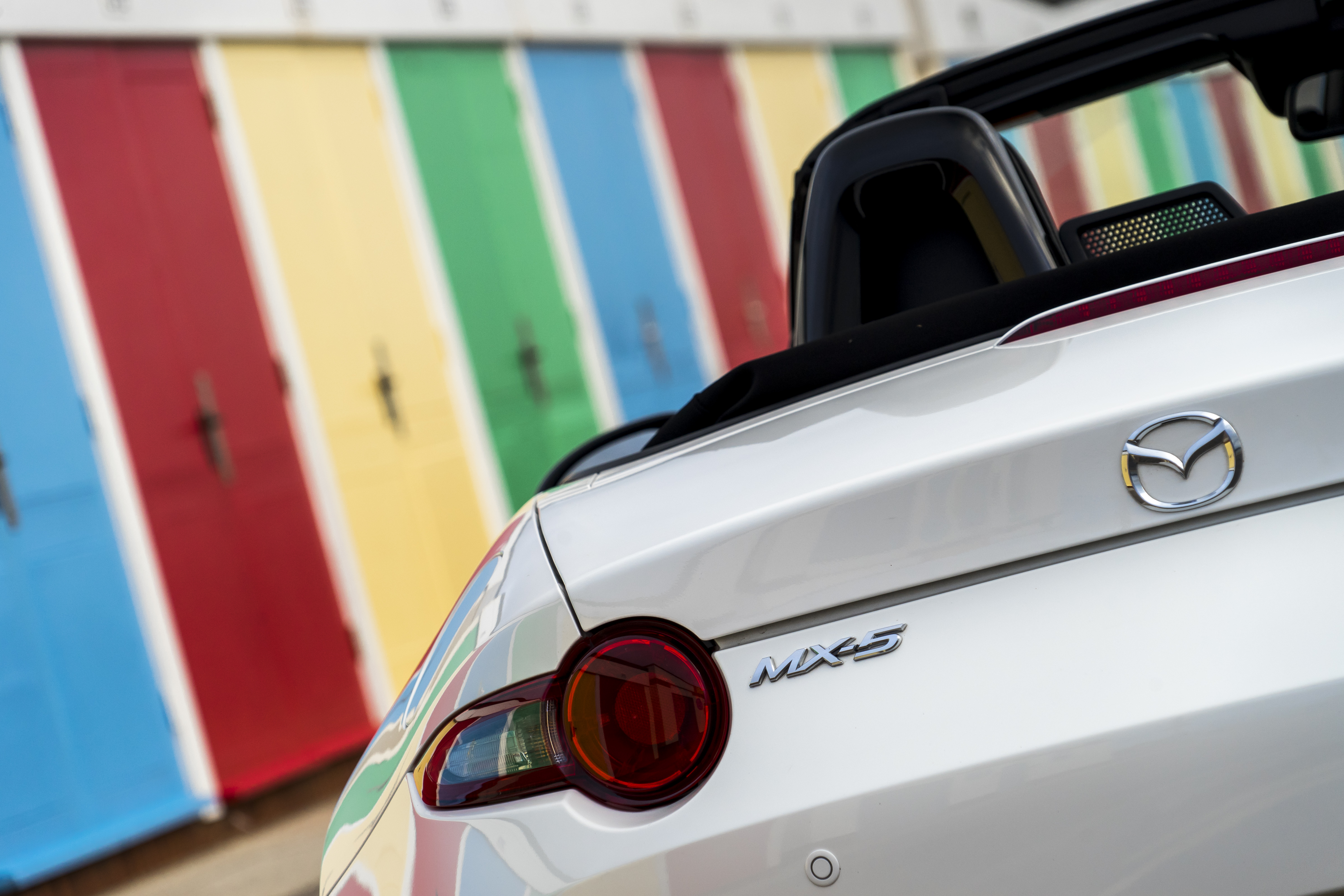 The Mazda MX-5 has been named Roadster of the Year by Auto Express in their annual New Car Awards. With the MX-5 convertible taking the title in both 2015 and 2016, and the MX-5 RF winning last year, this award for the whole range means this is the fourth consecutive year that the latest generation of Mazda MX-5 has secured this coveted title. 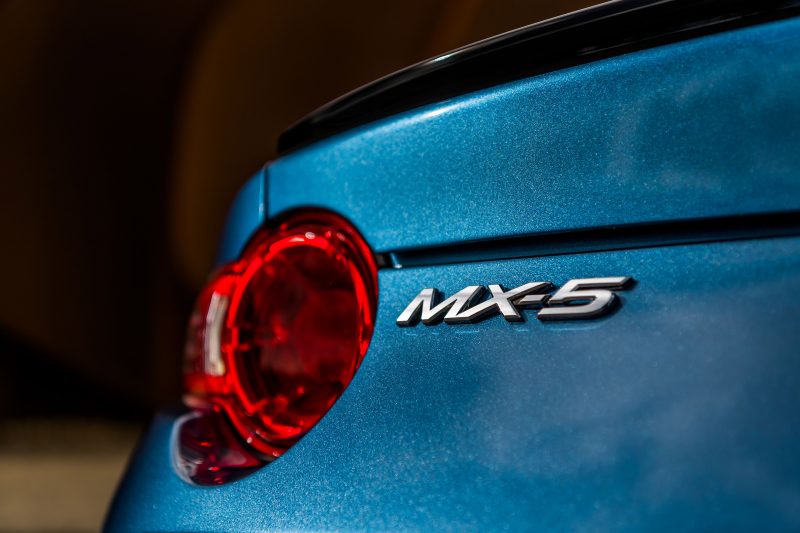 Commenting on the MX-5’s continued success, Sean Carson, Auto Express Chief Reviewer said, “the MX-5 is an iconic roadster. Unlike most cars which get successively heavier, the fourth-generation MX-5 is a featherweight, which means it offers superb dynamics and a rewarding driving experience. This is enhanced by the choice of responsive 1.5 and 2.0-litre naturally aspirated engines, and one of the most involving manual gearboxes on sale. It’s a delight to drive”. 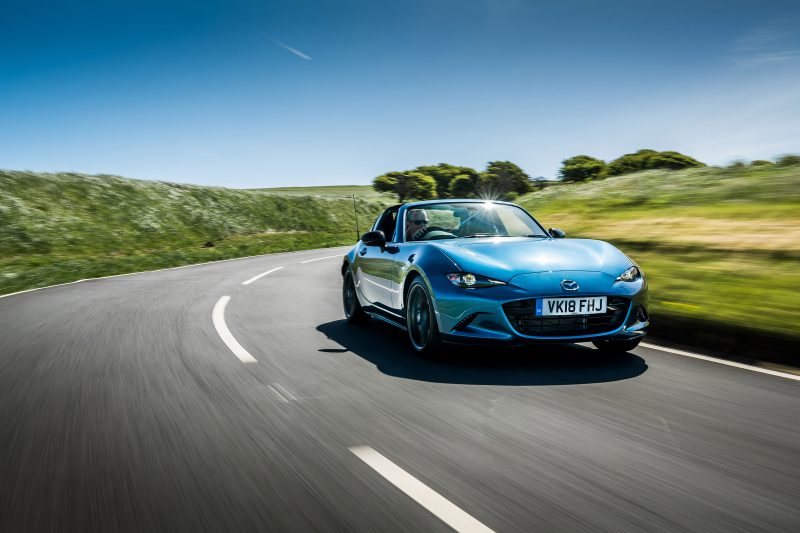 Adding, “There’s also a choice between soft-top and RF variants, with the former offering wind-in-the-hair thrills and enjoyment and the latter supercar-like looks thanks to the electrically operated targa style roof. Whichever one you choose there’s plenty of style to match the thrill on offer from behind the wheel served up by the precise steering and the sweetly balanced rear-wheel drive chassis. With all these attributes combined it’s easy to see why the MX-5 is the world’s best-selling two-seater roadster and an Auto Express Awards champion.” 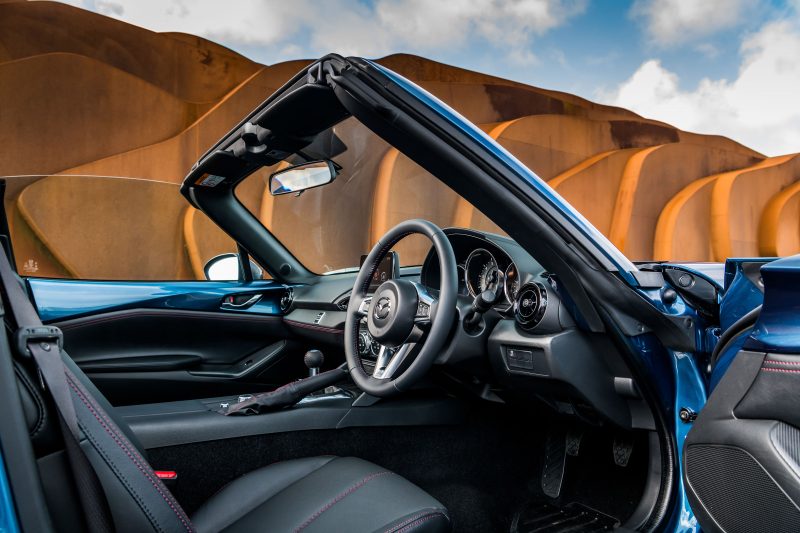 Having made its UK debut at the 2015 Goodwood Festival of Speed, the Mazda MX-5 is available in the UK from £18,995 (OTR). With a superior power to weight ratio, rear-wheel drive, perfect 50:50 weight distribution and more comfort and technology than ever before, the Mazda MX-5 is pure roadster. These dynamic proportions combined with Mazda’s KODO: Soul of Motion design philosophy ensures that the Mazda MX-5’s styling reflects its focus on driving pleasure in an unmistakably contemporary and dynamic way. 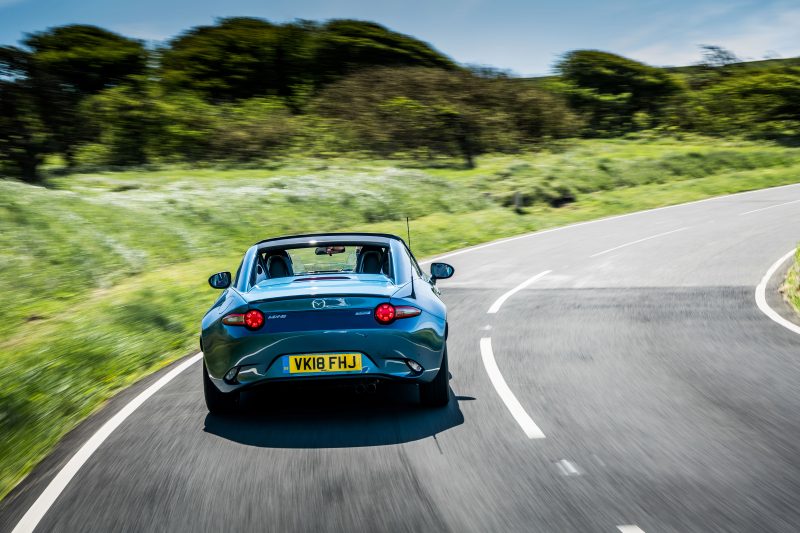 The Mazda MX-5 reaffirms Mazda’s dominance of the affordable sports car sector. Offered with a choice of two SKYACTIV-G petrol engines it comes with generous standard equipment and new levels of safety technology. 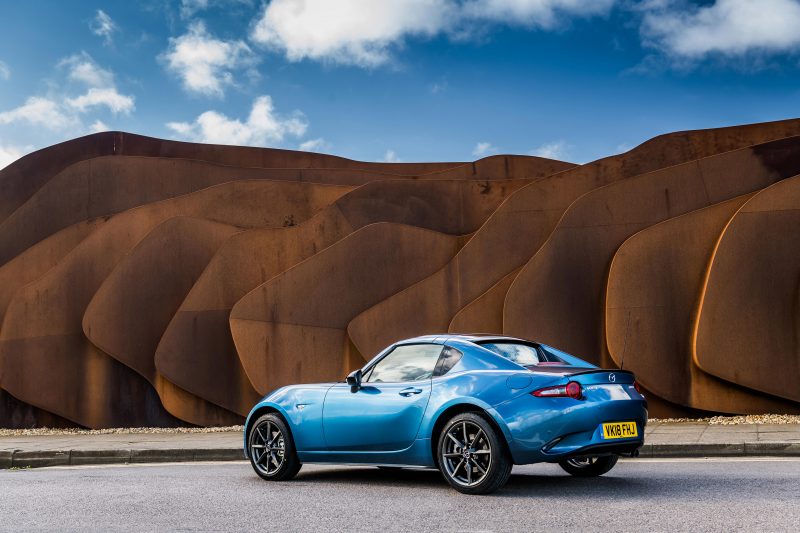 Maintaining the driver-focused ethos that has made the Mazda MX-5 the world’s bestselling two-seater sports car of all time, the latest MX-5 was conceived and developed under the concept of “innovate in order to preserve”. This engineering philosophy has allowed Mazda to maintain the agility, fun and engagement that has always defined the MX-5 while at the same time meeting ever-increasing safety and efficiency requirements, alongside improved refinement. 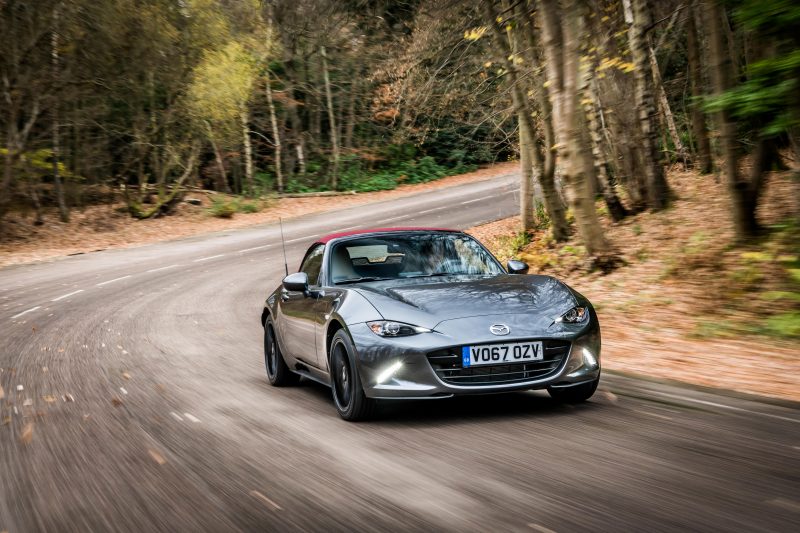 Jeremy Thomson, Mazda Motors UK Managing Director commented “Our engineers have created a sports car that incorporates our ground-breaking SKYACTIV technology, modern safety and superb efficiency with the driver focused enjoyment for which the MX-5 is loved. The MX-5 is Mazda’s brand icon and it embodies all that is great about our products. Its fun to drive character has strengthened the bond between Mazda and its customers for over 25 years”. 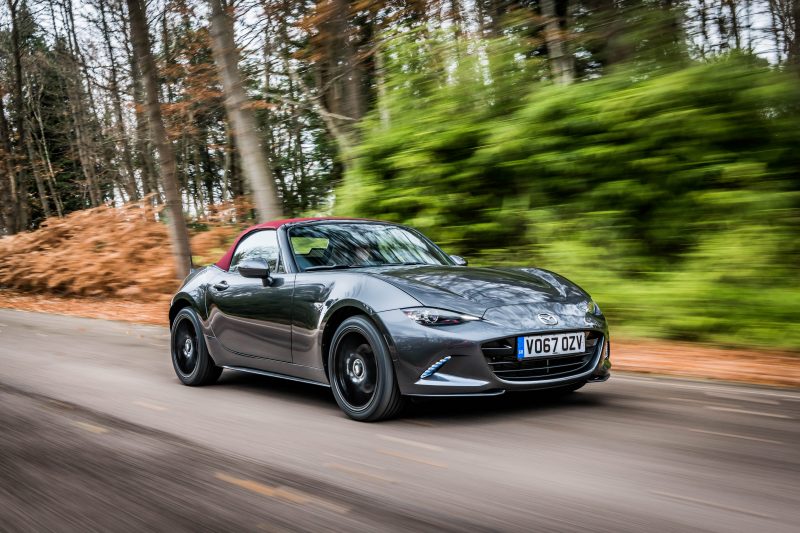 Adding, “It’s an interesting fact that when the MX-5 first launched in 1990, the 115ps Mk1 MX-5 cost £14,249 (equal to £31,687 in today’s money), yet 25 years later with vastly more standard equipment, the Mazda MX-5 costs from £18,995 meaning more than ever the Mazda MX-5 sets the benchmark as the one of the world’s best and most affordable sports cars. We are thrilled that Auto Express has named the Mazda MX-5 Roadster of the Year for the fourth consecutive year. And with the convertible Z-Sport and Sport Black RF special editions now in the line-up, we have an unrivalled choice of MX-5s in the range, which means that anyone wanting to drive a distinctive and stylish roadster can find what they need with one of our special edition models.” 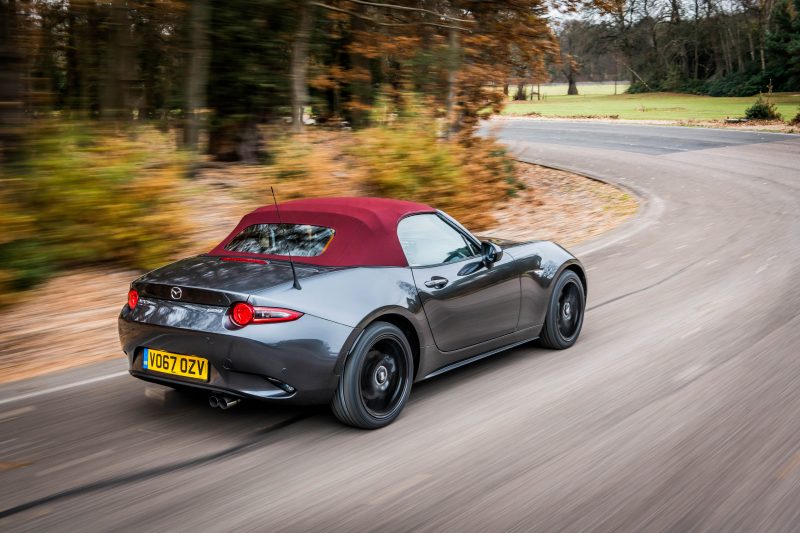