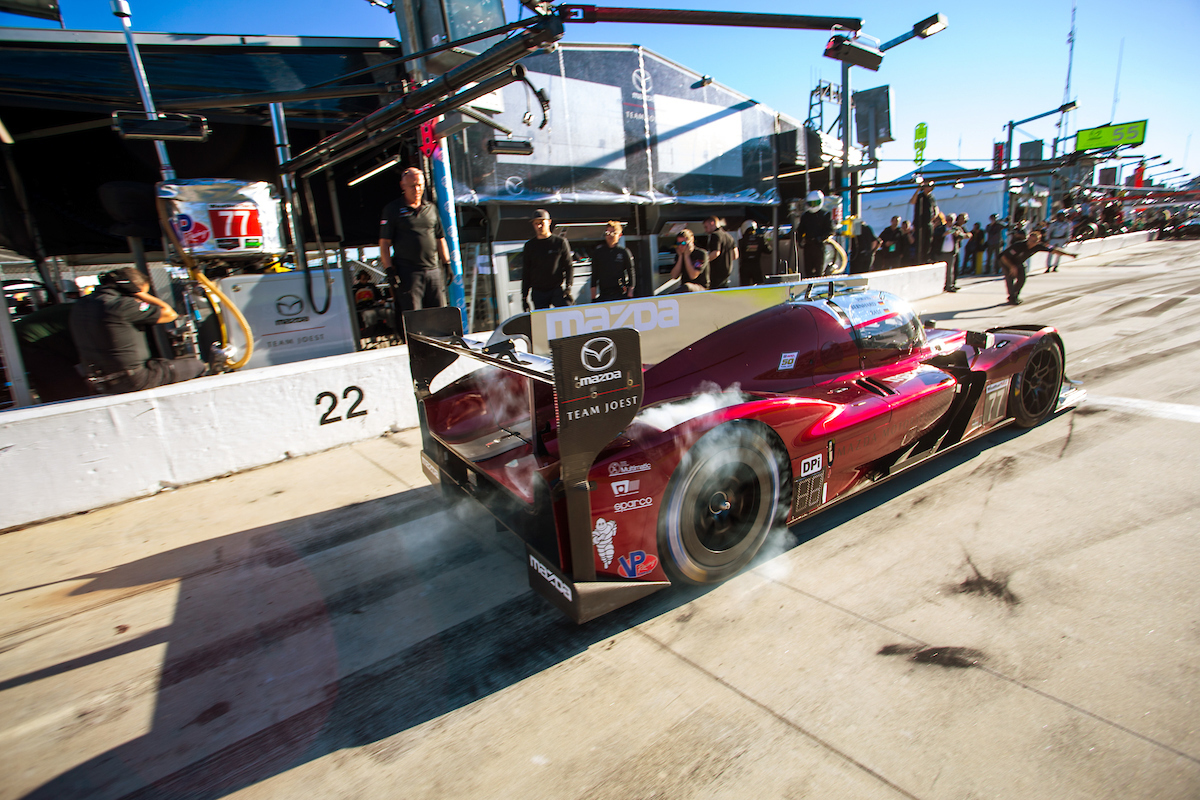 The links between Mazda North American Operations in Irvine, California and Mazda Team Joest go far beyond just the decals on the two Mazda RT24-Ps which will race in this Saturday’s BUBBA burger Sports Car Grand Prix at Long Beach.

While a large number of Mazda employees will attend Saturday’s race on the streets of Long Beach to support Mazda Team Joest, many of those employees have direct ties to the Mazda Team Joest program. The Mazda RT24-P, which races in IMSA’s Daytona Prototype International class, was penned by the designers at Mazda’s Research and Development center in Irvine, California, where Mazda’s consumer vehicles are also designed.

After leading in the first two rounds of the IMSA WeatherTech Sportscar Championship, Mazda Team Joest’s next opportunity for success falls in this Saturday’s 100-minute race. While the race is the shortest on the IMSA calendar, the narrow, unforgiving nature of the 1.9-mile circuit set near downtown Long Beach means passing opportunities are limited which will put extra pressure on the qualifying driver and on the team to execute their pit stops and driver changes to perfection.

“It is always a special event for our team to be the home team, and with Mazda North American Operations just down the road in Irvine, our drivers and team certainly have a little bit of extra motivation when it comes to this weekend’s race. Given the pace that both of our Mazda RT24-Ps had at Daytona and Sebring, we are confident that we can have a strong race in Long Beach. Qualifying and pit stops will be very critical here, given the nature of this tight street circuit, so we will need a complete team effort to have a successful race in front of so many Mazda employees and owners who will be watching the race.”

“Long Beach is a great street course, and I’m really looking forward to the race. We had a fast race car last year and I’m confident we will be fighting up front again! We only have 100 minutes to get the job done so it will be 110% the whole time. Mazda will have a huge contingent of supporters cheering us on which is also a great motivator.”

“I am super excited for Long Beach this weekend. It feels like a home race for Mazda with Mazda North American Operations based near the circuit. We’ve visited the offices this week, and after speaking with Mazda employees and learning that so many of them will be track side on Saturday, we definitely have extra motivation. I really enjoy the circuit – there is something extra special about a street course. We qualified third there last year so after a strong start to the season pace wise, I’m confident we can be at the sharp end again.”

“Like any street circuit, Long Beach provides an additional challenge in that you are instantly punished for making any mistake. And with such limited opportunities to pass, it makes qualifying really critical.  The qualifying performance from both cars this year has been very strong with pole position at Daytona and second on the grid in Sebring by my teammate Tristan, so we are definitely feeling confident. We’ve had a great week visiting with so many Mazda employees and are looking forward to racing in front of them and giving them something to cheer about on Saturday.”

Tristan Nunez
“I am always excited to race at Long Beach, with it being so close to Irvine which is home to Mazda North American Operations. It will be great to have so many of the company’s employees, who work so hard behind the scenes, at the track to support us. As far as the race itself, it’s always a challenging one. The track is very narrow which makes passing tricky, but I have no doubt this is going to b e a fierce race from start to finish. I’m looking forward to our first sprint race of the season.”