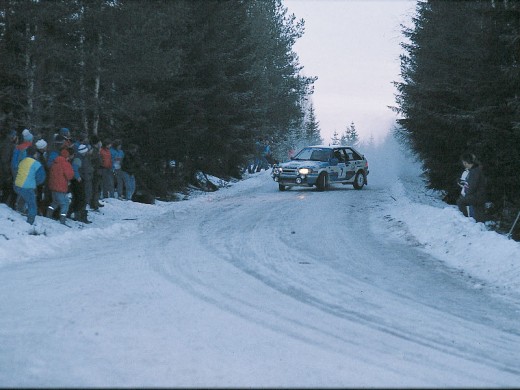 Mazda’s victory in the Le Mans 24 Hours and the racing accomplishments of rear-wheel drive sports cars like the RX-7 and MX-5 are famous, but Mazda has a little known history in the World Rally Championship.

Alongside circuit racing, Mazda competed in the World Rally Championship from 1985 to 1991. The vocal and sideways rear-wheel-drive Group B RX-7 was a fan favourite and it even scored a podium in the 1985 Acropolis Rally. However, up against now infamous four-wheel drive Group B cars like the Peugeot 205 T16, Audi Quattro Sport and Lancia Delta S4, the rear-wheel drive RX-7 was very much the underdog. 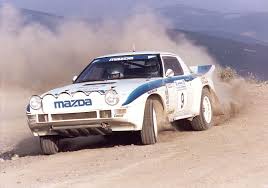 However, when rallying changed to Group A regulations Mazda was ready with an all-wheel drive contender. Powered by a 16v 1.6-litre turbocharged engine, the four-wheel drive Mazda 323 took on Group A contenders from Lancia, Toyota and Ford. However, in spite of producing 250bhp, the 323’s 1.6-litre engine didn’t have the power of the bigger 2.0-litre units in rival cars. Fortunatly, the dimunative size and nimble handling of the little Mazda played to its advantage, particualry on ice rallies. Something Timo Salonen highlighted by winning the 1987 Swedish rally. 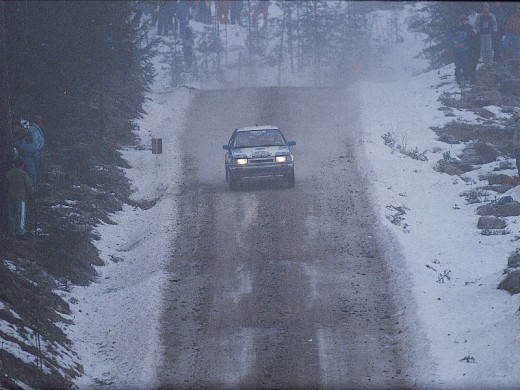 In 1989 Ingvar Carlsson repeated that feat when he took the win in Sweden. In what proved to be the Mazda’s most succesfull season, he added another win with victory in the New Zealand Rally, while local driver Rod Millen was second in another 323. At season end Mazda celebrated third place in the World Rally Constructors championship. Yet, despite rallying the next-generation 323 into the nineties, no more victories came Mazda’s way and in 1991 the company withdrew from the World Championship. 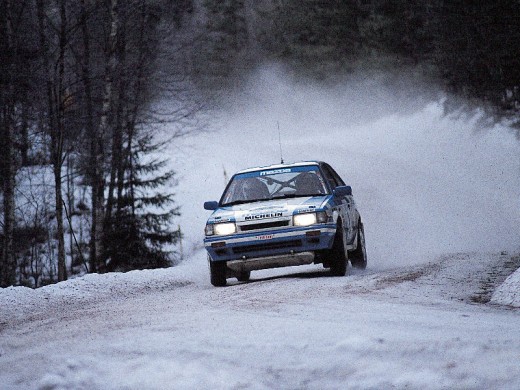 However in the hands of private teams and drivers, the Mazda 323 went on to be a very popular and succesfull car in Group N rallying. Today, the Mazda 323 remains a somewhat forgotten star in Mazda’s all-wheel drive heritage.