by: Mazda North America in Motorsport 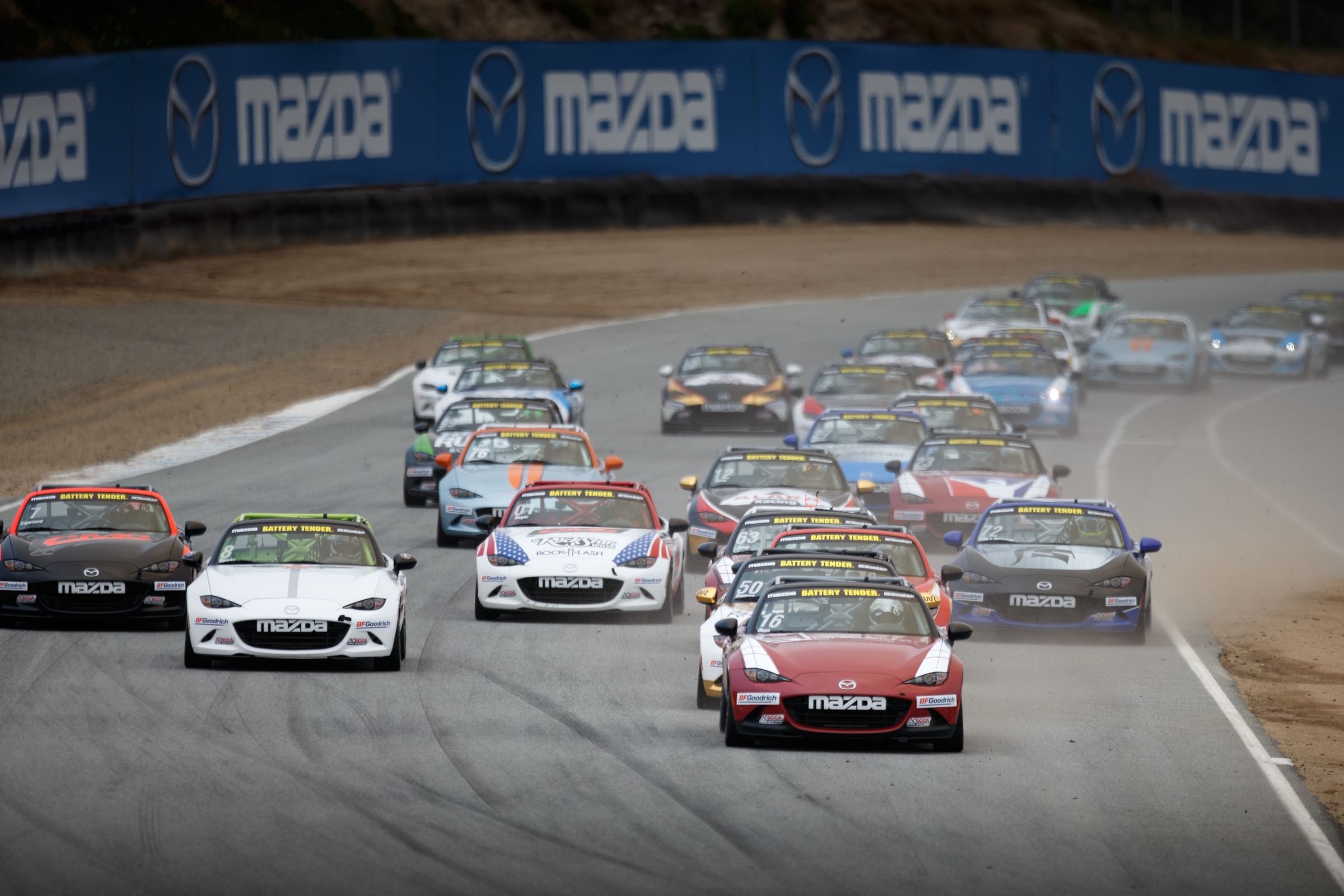 Previously known as the Global Mazda MX-5 Cup Invitational, this high-stakes challenge met success in its inaugural race last year, with 19 racers from the U.S., Japan, Australia, the U.K., Sweden, Poland, Germany and Switzerland competing. It was the first time in the history of professional MX-5 racing that Mazda Motorsports had organized a truly international race for some of sport’s best up-and-coming drivers. 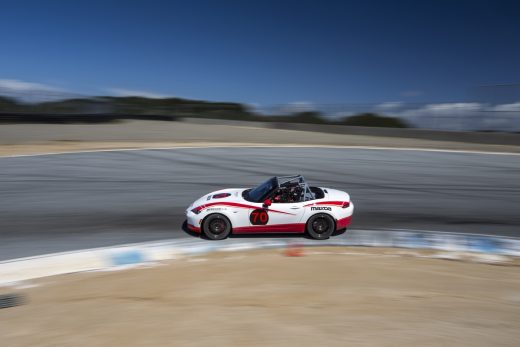 “Mazda MX-5 racing is known to be intense, from grassroots to professional levels,” said David Cook, business development manager, Mazda Motorsports. “The Battery Tender Global Mazda MX-5 Cup presented by BFGoodrich Tires is our signature spec sports car series within the U.S. It is our intention to make the Global MX-5 Cup Challenge the pinnacle of spec sports car racing in the world. Last year, our focus was to get this event off the ground and to showcase our brand-new car to racers and media beyond the U.S. Now, it’s about showing everyone what the top racers in the world can do in our Global MX-5 Cup car.”

Having delivered almost 150 Global Mazda MX-5 Cup cars, there will be ample opportunities for drivers to find or rent a seat to compete for the $75,000 first prize and get a head start on their 2018 season. Racers will need to have an INDYCAR license to compete, as it is the sanctioning body of MX-5 Cup.

The MX-5 Cup racecars start as complete MX-5 Miata road cars from the Mazda Hiroshima, Japan, factory before being transported to engineering development partner Long Road Racing in Statesville, North Carolina, where they are converted into a race car. The process includes disassembly of the production car, welding and paint of a full roll cage and interior and assembly of the racecar, adding more than 250 motorsports-specific parts. Other components of the car, including the Mazda SKYACTIV-G 2.0-liter engine are sealed to ensure even competition and a cost-effective platform.

The Battery Tender Global Mazda MX-5 Cup presented by BFGoodrich Tires is the signature spec series for the Mazda Road to 24 (#MRT24), the sports car counterpart to the Mazda Road to Indy (#MRTI). On both paths, Mazda-powered champions earn a Mazda scholarship to advance their career. The MX-5 Cup champion earns a $200,000 scholarship.

Information on the car is online at www.mazdamotorsports.com.

Mazda Motorsports boasts the most comprehensive auto racing development ladder system of any auto manufacturer in the world. The Mazda Road to 24 program offers a number of scholarships to advance drivers up the sports car racing ladder, beginning with the Global MX-5 Cup series and culminating with the Mazda Prototype team. The Mazda Road to Indy is a similar program that includes Mazda-powered categories of USF2000, Pro Mazda and Indy Lights. In grassroots road racing, more Mazdas race on any given weekend in North America than any other manufacturer. Mazda is also the title sponsor of the renowned Mazda Raceway Laguna Seca in Monterey, California. Follow all of the latest news at MazdaMotorsports.com, @MazdaRacing on Twitter, and MazdaMotorsports on Instagram and Facebook.

Mazda North American Operations is headquartered in Irvine, California, and oversees the sales, marketing, parts and customer service support of Mazda vehicles in the United States and Mexico through nearly 600 dealers. Operations in Mexico are managed by Mazda Motor de Mexico in Mexico City. For more information on Mazda vehicles, including photography and B-roll, please visit the online Mazda media center at InsideMazda.MazdaUSA.com/Newsroom.