Tackling a hillclimb in a standard road-legal MX-5 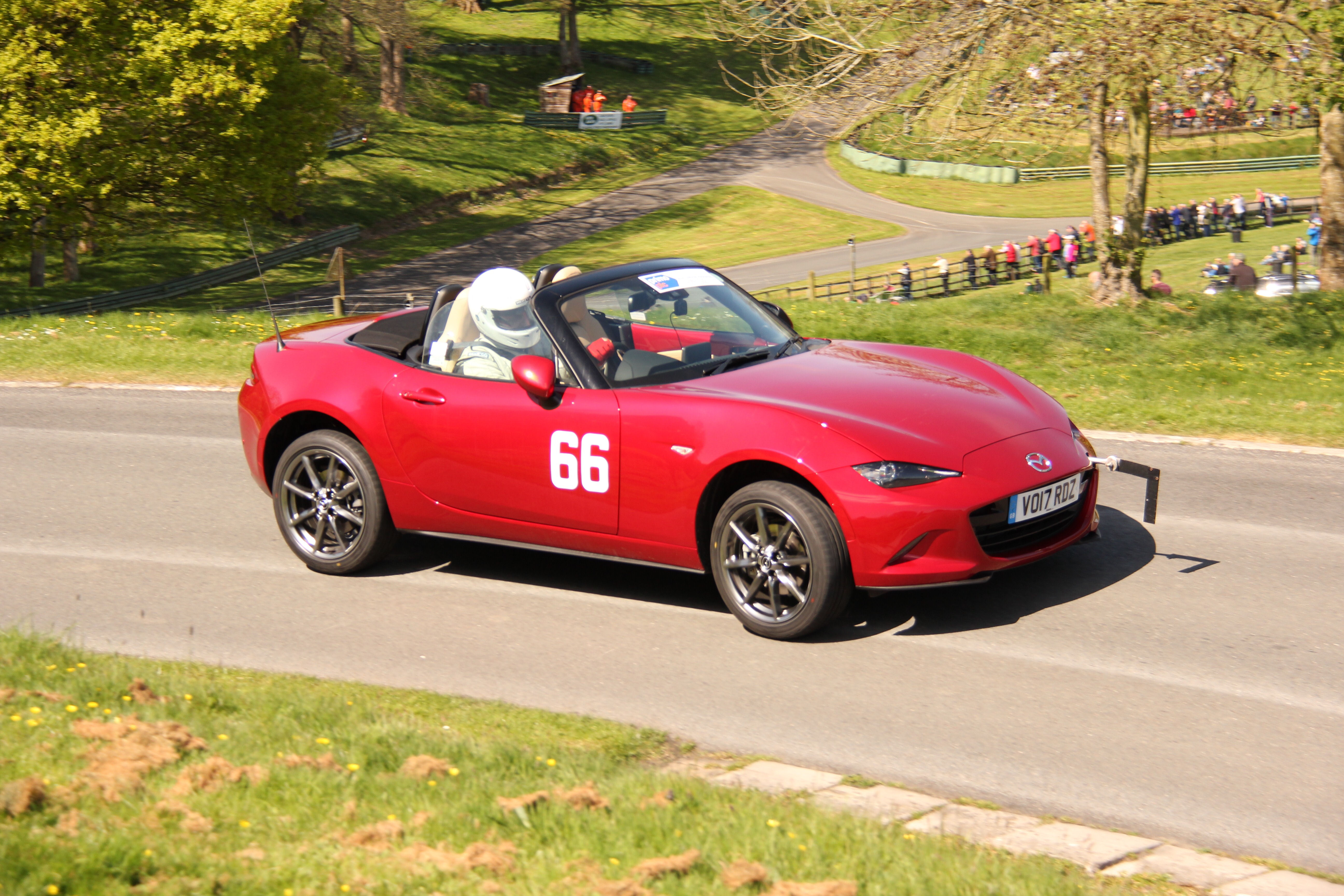 Today participation in nearly all forms of motorsport requires a modified car, yet the world of hillclimbing still allows for completely standard cars to take part. Competing one at a time against the clock, the tight turns of most UK hillclimb courses require driver skill and a nimble sharp handling car.

Perfect for a MX-5 then – motoring journalist David Finlay set out to find out in a 2.0-litre Sport Nav Mazda MX-5 convertible.

Different people take part in motorsport in different ways. Mine is among the more unorthodox.

For the last couple of seasons I’ve been competing in hillclimbs (where you drive against the clock up a narrow tarmac track, ideally quicker than everyone else in your class) in a variety of standard road cars. The project, known as the Multi-car Hillclimb Challenge, is sponsored by Primo plc Multi Vehicle Insurance and is partly intended to raise awareness for the wonderful Nationwide Association of Blood Bikes charity.

Mazda offered an MX-5 for the first event of this season at Prescott in Gloucestershire without even being asked, a generous act I hoped to be able to repay with a decent result.

The MX-5 in question was a 2.0 Sport Nav convertible, chosen because it had the best combination in the range of power, lightness and go-faster goodies, namely the uprated Bilstein suspension, limited-slip differential and front cross brace. In the spirit of the Challenge, it had no extra modifications. 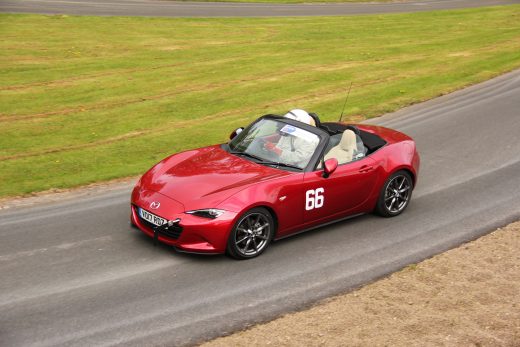 Other than competition numbers, a few stickers and a strut to break the timing beams at the start and finish lines, it was no different to a Sport Nav you could buy from your local Mazda dealer, as indeed you may already have done.

This presented a problem, because in hillclimbing’s Road-Going Series Production category you’re allowed to modify your car quite extensively. In the very popular up to 2000cc class there were several very non-standard hot hatches along with, to confuse the matter still further, a couple of Lotus Elises.

Against this opposition it would have been understandable if the MX-5 had performed quite modestly. Having driven at Prescott several times before, I reckoned that if I could get below 56 seconds on the last of my five runs I would consider the weekend well spent. This would probably equate to about 12th position, so that became my target. 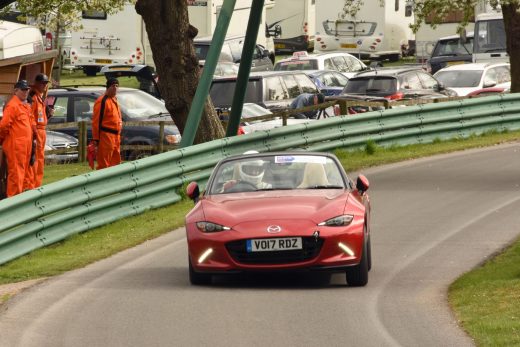 It soon became clear that I’d underestimated the MX-5’s ability in no uncertain manner. The very first run took 56.97 seconds even though I seriously muffed the start. The next lasted just 55.03 seconds, exceeding all expectations.

By the end of the event this remarkable little car had got down to a 53.51. That was good enough for seventh place, ahead of one of the Elises (also standard except for a safety harness, but still, you know, an Elise) and only 0.19 seconds behind the other, which had competition tyres. A friend in the same class reckoned that if the Mazda had been fitted with the same tyres but nothing else, it would have been solidly in the 51s and challenging for a podium position.

I had expected the MX-5 to be fun at Prescott, and it was certainly that. The fact that it was also so competitive was a big surprise, but also a delightful one which I’ll remember for a very long time. 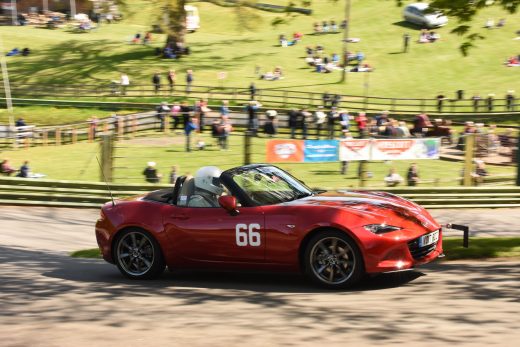 With thanks to Eddie Walder and Ian Dowding at Track Action Photography for the images.