by: Mazda UK in Mazda and you, Mazda MX-5, Mazda Range, Top Stories 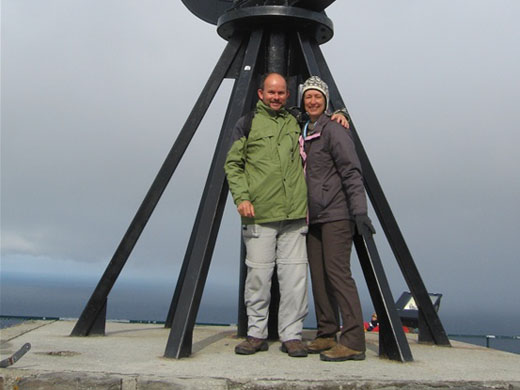 In January of this year, tragedy struck for Steve Coad. Jane, his beloved wife of 27 years, passed away after a year-long battle with cancer at the age of 54. In memory of her, Steve has embarked on an epic challenge to raise money for Cancer Research UK to help pay for vital research into more effective treatments for this terrible disease. Mazda decided to find out a little more about his inspirational journey.

‘Journey for Jane’, as Steve has dubbed his project, is a 6,000 mile road-trip beginning and ending at his home in Shropshire, and passing through the Netherlands, Germany, Poland, Lithuania, Latvia, Estonia, Finland, Sweden and Denmark in the process.

The route was inspired by holidays Steve and Jane took to Scandinavia in 2008 and 2011– they’d travelled up the coast of Norway including the North Cape – the Norwegian “Hurtigruten” shipping line journey and saw the Northern Lights and the midnight sun in Iceland, but had always meant to return to explore the rest of the Baltic coast. Sadly, Jane’s illness meant that never happened.

Steve said: “One of the tricks fate played on us in all this was that the day before we saw the consultant and learned that Jane’s drug treatment had stopped working, I took delivery of a new toy: my Mazda MX-5 Venture edition sports car. It was supposed to be our toy but Jane didn’t get to play with it much. I want to make up for that.” 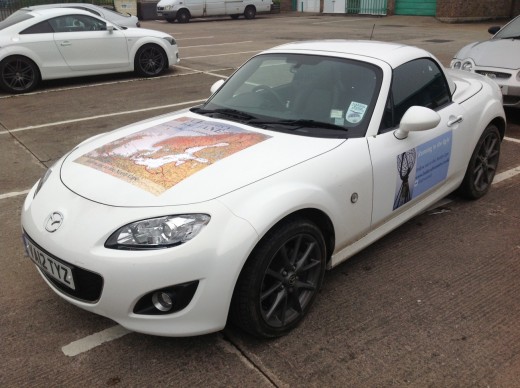 So, over June and July 2013, Steve is visiting all the places they’d dreamed of going to for the both of them in his MX-5 (affectionately nick-named ‘Cara’). He plans to raise £6,000 for Cancer Research – £1 for every mile of his journey – and to say a prayer for Jane in the most northerly chapel in the world in the process.

On July 1 he reached North Cape. Located right at the top of Norway, North Cape is generally regarded as the most northerly point of mainland Europe and effectively the half-way point of Steve’s journey (although he had already done 3,469 miles by that point).

As of Wednesday 10 July he had travelled 4,389 miles, passed through 10 countries and raised a fantastic £4,405. His last diary entry was from an island in the Baltic Sea, right by the border between Sweden and Finland. So he still has a long drive down the Baltic coast before he can cross back over into Germany, and pass back through the Netherlands on his way home.

His journey so far has included some truly breathtaking sights and some incredible experiences, including, bizarrely, coming across a mini-bus full of Thai Buddhist monks bathing in a river in Norway. 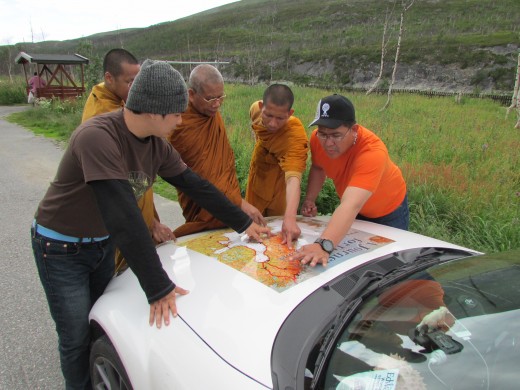 Steve concluded: “After 5,000 miles over all sorts of roads in some pretty wild and obscure places, both the MX-5 and the built-in TomTom Sat Nav have been an absolute delight and performed faultlessly. I simply couldn’t have done it without the Venture Edition features and have loved having the top open for at least three quarters of the way. The car has drawn a lot of admiring looks and started a host of conversations which have enriched the whole experience. The Saris Bones bike rack has also been an excellent solution and has worked perfectly.” 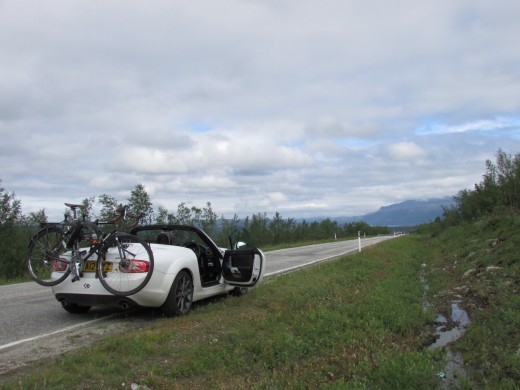 He is documenting his adventures on an online blog – and regularly posting photo and video updates, too. You can read about his experiences to date, keep track of Steve’s progress, and find out more about his challenge at http://www.balticadventure.co.uk. If you’d like to support him by making a donation, you can do so via his JustGiving page at http://www.justgiving.com/SteveCoad3005.