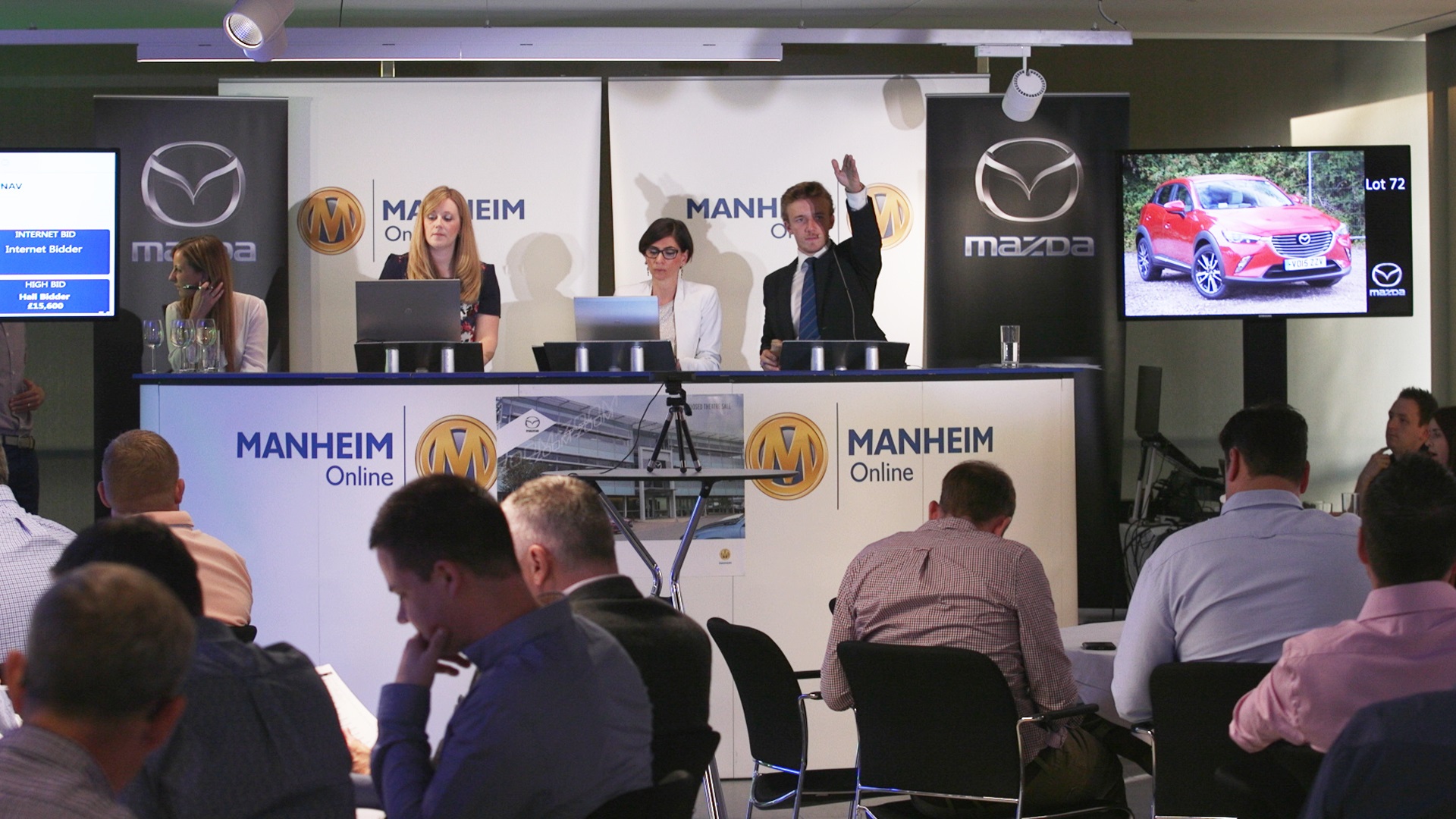 What happens to Mazda UK’s press cars when they are taken off the fleet? Mazda used car and remarketing manager Tamara Brown talks us through the first closed used car auction to be held by a UK car maker at its HQ.

“Mazda UK operates a lot of vehicles on various fleets, whether those are company cars for staff at our HQ in Dartford, Kent, demonstrator cars for fleet customers, cars used by the marketing department or cars that are loaned out for media reviews. Periodically we refresh these fleets and that means we have around 1500 cars that are replaced annually. These are usually very low mileage and when we’ve refurbished them they’re in excellent condition.

It makes sense to keep these cars in the Mazda network as our dealers know our product, they have Mazda used car customers, and quality used cars are always in demand. So with the help of our partners at Manheim, we auction them to our franchised dealers in what’s known as a closed theatre sale. That’s probably not unique in the car industry. But the sale we’ve just held certainly was: it was the first closed auction to be conducted at a UK car company’s headquarters.

We had 124 cars on sale and invited just less than half of the entire UK dealer network to the sale which included drinks and dinner. That meant we had 37 buyers from 64 Mazda locations across the country. Of course there was some healthy and generally good-natured competition between the dealers. And it was fascinating to see who bought what.

More than £2m of cars sold

Martyn Turnbull from Turnbulls Mazda of York bought six of the 23 nearly-new Mk4 Mazda MX-5s in the sale. He told me: “I’ve got a showroom where I display used as well as new cars and these will look like brand new cars. The market where I am is good for MX-5s. There are great roads nearby and York is an affluent city. I sold four Mk3 models in a day last weekend. The MX-5 is a car people are very instinctive about.”

As far as the money the cars make goes, some dealers said the prices were high. But they were prepared to pay them because the cars usually have such low mileage – the lowest was 970 ‑ and are in such immaculate condition. Alan Worboys from Sandicliffe Mazda in the East Midlands did admit: “There’s a lot of demand for CX-3s at the moment and I would say they’re all selling at over book price. But strictly speaking, they’re so new on the used market that the book hasn’t been written yet.”

It’s my job to set the reserve prices that the cars have to meet in order to sell. But it’s the auctioneer who gets the bidding going, in this case, Jordan Bilson of Manheim Auctions. He said: “I start prices low to gain a bit of interest. Then when the light on the screen goes green, the sale becomes ‘live’ and the car has achieved its reserve.” That tactic obviously worked because we sold 100 per cent of the cars that were in the catalogue for a total of £2,125,700. The usual rate for an auction like this would be a 70 to 75 per cent sale rate so I was delighted. 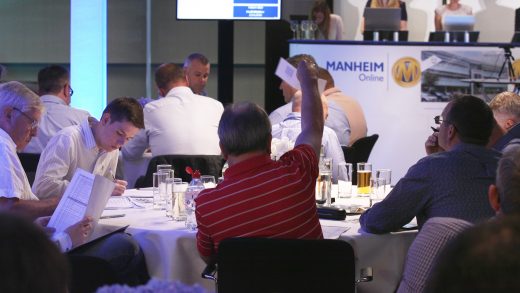 For Mazda to conduct sales like this has several benefits. It keeps these high quality used cars whose background we can verify within the dealer network. It also brings the dealers together. Dealers will swap new cars between each other but when it comes to used models they have very little contact so this enables them to meet up, have a drink and break down some barriers.

Of course we could just put the cars through a general auction. But then our dealers would be competing with the rest of the car trade and that’s a bit of an uneven playing field because independent dealers have lower overheads. The result of sales like this one is that prices stay strong and we can maintain the residual values of our cars. That isn’t just good for us; it’s also beneficial for existing owners of our cars.”