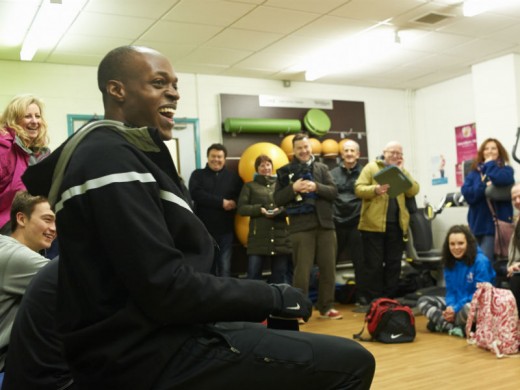 James Dasaolu is the reigning European Athletics 100m champion and the second fastest British sprinter ever. London-born Dasaolu is also a Mazda ambassador. Here he shares the defining moments in an athletics career that is very much in the ascendancy. 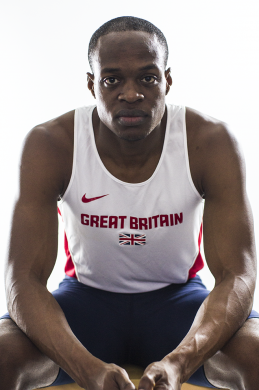 Getting my first Team GB vest: I didn’t start competing until relatively late so I didn’t get to go through the junior rankings. Becoming part of Team GB was an important moment for me because it was proof that I had a career in athletics.

Running 10.09: I won the 100m at a European Athletics meeting in Geneva in 2009. The time was a new personal best and it placed me joint second in that year’s 100m European rankings with Simeon Williamson, which was great. What I didn’t know was that injury would mean I was going to struggle to move onto the next level.

Going sub 10 seconds: In 2013, I dipped below 10 seconds for the first time. That 9.91-second time made me the second quickest British sprinter, after Linford Christie. That was a real step up because it enabled me to compete against the best in the world.

The 2012 London Olympics: Just making the team was a big thing for me. I didn’t do as well as I wanted to – I made it to the semis – but the atmosphere and experience were very special. I was born in Dulwich, south east London and grew up in Croydon so it wasn’t just the Olympics, it was in my home country and my home city too. The Olympics is the biggest thing in our sport and I’m proud to have taken part in it. At the next Olympics in Brazil 2016 I hope to get a medal but just being there will be an amazing experience.

Competing against Usain Bolt: I’ve raced against Bolt a couple of times, most notably at the London Olympics. He’s quite simply the best ever in our sport. Just being in the same generation and in the same races as him is an inspiration. He’s taken our sport onto new levels and made us all believe how far we can push the body if we all apply ourselves.

Winning my first medal: It was at the 2013 European Athletics Indoor Championships and in the 60m that I came second to win my first medal. I really only race for medals. Running quick times is great but you don’t get a medal for a British record or even a world record. The thing about medals is no one can ever take them away from you. You’re in the history books for ever. Fast times are nice but medals are better!

Winning the 2014 European gold medal: Setting a sub 10-second time and winning the gold medal in the European Athletics Championships have been the two stand-out moments in my career so far. I never let myself think about coming first until I’ve taken the finish and can see my name next to the number one on the screen. This gold was my first in senior athletics and now I’d like to use it as a stepping stone for the next phase in my career.