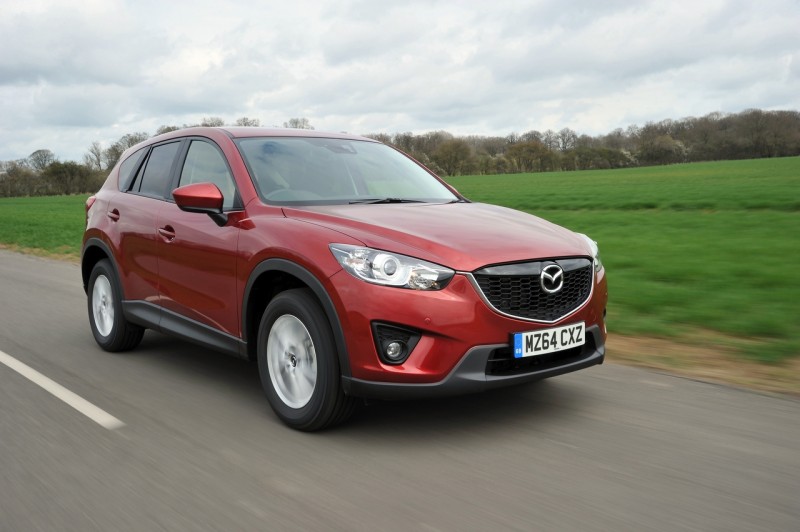 Britain’s biggest and best-selling car buyer’s guide What Car? has named the Mazda CX-5 compact SUV as Britain’s ‘best buy’ in the under £25,000 category. Scooping the title for a third year, the diesel 2.2 SKYACTIV-D 150 SE-L impressed the experts at What Car? with its practicality, value, economy and driver entertainment.

Explaining the £23,695 SE-L CX-5’s selection as a class winner, What Car? Road Test Editor Will Nightingale commented: “The CX-5 is brilliant value for such a capable SUV, the 150ps SKYACTIV-D is smooth and powerful; it’s one of the best four-cylinder diesel engines we’ve tried.”

Highlighting the CX-5’s excellent standard equipment What Car? Director of testing John Mcllroy wrote: ‘SE-L trim gets most of the kit you’re likely to want or need, including dual-zone climate control, Bluetooth, cruise control and even automatic emergency braking.’ Adding, ‘The CX-5 is seriously practical, too. The boot is huge and you can fold down the spring-loaded rear seats by pulling on the handles in the boot.’

The Mazda CX-5 was the first Mazda to feature the company’s innovative fuel-saving SKYACTIV technologies in engines, transmissions, chassis and body. Rethinking traditional engineering to defy convention and produce a remarkably efficient SUV that retains the driver engagement and precise handling that are an essential ingredient of every Mazda.

‘No other vehicle in the Mazda range demonstrates the value of SKYACTIV technology more clearly than the Mazda CX-5’ commented Mazda UK Sales Director, Peter Allibon. ‘It has allowed the company to build a compact SUV that delivers outstanding fuel economy and low CO2 emissions without compromising either performance or driving dynamics.’

For full details of the latest promotions and finance offers visit www.mazda.co.uk/offers/offers-overview/