Stefan Johansson in the Mazda MX-5 at Nürburgring 24hr race 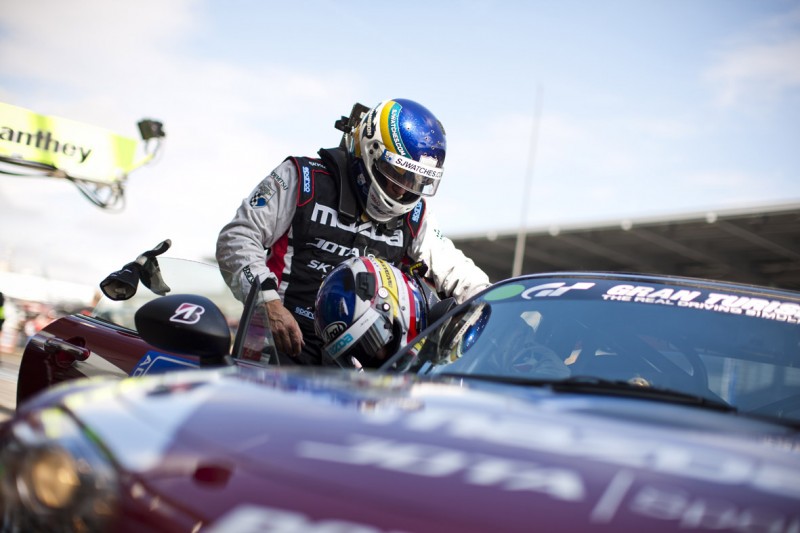 Frantic start at the Nürburgring 24hr race for Mazda

Former grand prix driver Stefan Johansson is a Le Mans winner and veteran of more 24-hour races than he cares to remember. But nothing prepared him for the mayhem of the opening laps of the Nurburgring 24hr race.

After qualifying fourth in the V3 2-litre production class, Johansson, who is sharing the Mazda MX-5 with Wolfgang Kaufmann, Owen Mildenhall, and Teruaki Kato, finished his 90 minute stint in 137th place.

“It was chaos out there,” he said. “I was hit by another car at the hairpin on the grand prix circuit, about the only part of the track where he didn’t need to try to pass me! It knocked me into a half spin and bent the rear suspension out of alignment. It means we now have to hold the steering wheel on partial lock to go in a straight line. It makes turning right quite difficult but the car’s really hooked up in a straight line!

“The first lap was really good fun. There were cars everywhere. It was a bit frantic but on the opening lap you can really make something happen. I overtook about six Toyotas and then of course they blew by me on the straight again. I’m used to being in the faster cars but in the slower cars like the V3 class it’s very different: you have to watch your mirrors as much as you’re looking in front.”