Nurburgring 10hr update: Mazda shunts but still in the hunt 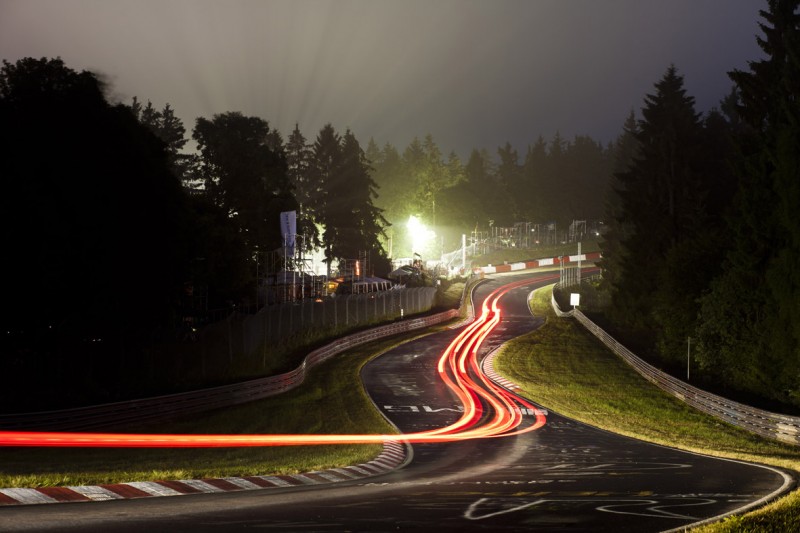 Mazda had a lively start to the Nurburging 24 race. With former grand prix driver Stefan Johansson at the wheel, the Mazda MX-5 sustained damage on the opening lap when a faster car hit it in the hairpin.

After qualifying fourth in the V3 2-litre production class, Johansson, who is sharing the Mazda MX-5 with Wolfgang Kaufmann, Owen Mildenhall and Teruaki Kato, finished his 90-minute stint in 137th place.

“It was chaos out there,” he said. “The car knocked me into a half spin and bent the rear suspension out of alignment which made driving a little difficult.” By a strange quirk of fate, when Kato took over he was hit by another car which corrected the rear suspension damage.

A strong stint from Mildenhall helped lift the Mazda MX-5 to 124th overall and fifth in class. But shortly after Kaufmann took the wheel disaster struck. The Mazda was hit from behind by a Mercedes SLS AMG GT3 which destroyed the rear suspension and damaged the front suspension. 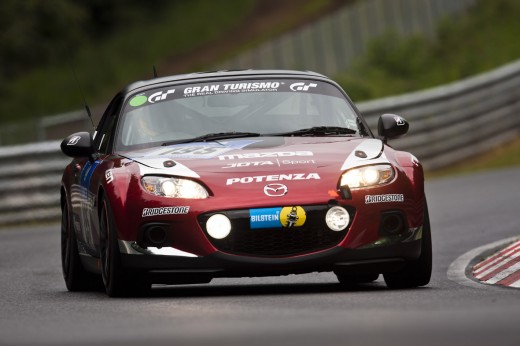 More crucially, during the crash Wolfgang’s foot slipped off the brake and obliterated the accelerator pedal. It meant the car had to be recovered to the pits on the back of a lorry and an hour’s worth of frantic repairs began for the Jota team. After rebuilding the front and rear suspension and repairing the rear lights, the Mazda MX-5 took to the track again in the hands of Johansson. But the hard work of the first five and a half hours had been undone. When the accident happened it had been in eighth place in class and 126th overall. When it rejoined the race at 11pm it was 144th.

Watch out for our second race report tomorrow morning. For up to the minute progress, go to: www.24h-rennen.de/24h-live/einzelansicht/ranking/page/show/5/