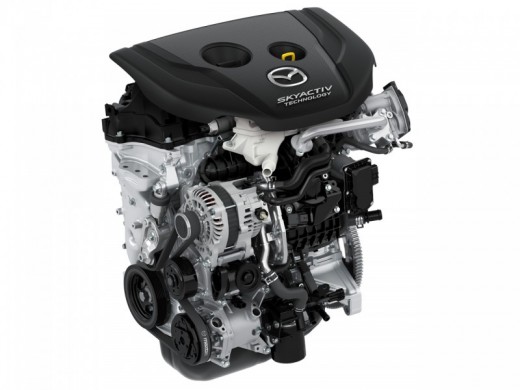 Mazda confirms its all-new Mazda2 will debut with the SKYACTIV-D 1.5, a brand-new 1.5-litre clean diesel engine, when the convention-challenging carmaker introduces its next-generation B-segment model, which will be initially launched in Japan.

First unveiled in March at the Geneva International Motor Show alongside the Mazda Hazumi concept (the basis for the all-new Mazda2), the SKYACTIV-D 1.5 shares much with its award-winning sibling: The SKYACTIV-D 2.2 clean diesel available for the Mazda CX-5, Mazda6 and Mazda3. The SKYACTIV-D 1.5 was developed in the pursuit of ideal combustion despite a very low compression ratio. As a result, the engine boasts outstanding dynamic performance from standstill to its unusually high redline..

New innovations for the small-displacement newcomer to the SKYACTIV range include an expanded homogenous lean burn range, even less mechanical resistance, and new insulation technology to counter the increased cooling loss associated with a smaller engine. So it’s exceptionally efficient and clean, delivering top-class fuel economy and emissions, and will comply with Euro 6 without needing pricey exhaust aftertreatment.

In addition to the SKYACTIV-D 1.5, the all-new Mazda2 will come equipped with the full line-up of SKYACTIV Technology, including the highly efficient six-speed SKYACTIV-Drive automatic and SKYACTIV-MT manual transmissions. It will also have the carmaker’s fuel-saving i-stop idle-stop and i-ELOOP brake energy regeneration systems. Mazda expects its new clean diesel-powered supermini to achieve the best fuel economy of any combustion-engine powered vehicle available in Japan*. The SKYACTIV-D 1.5 should be popular in Europe, too. The company believes the next Mazda2 will follow in the tracks of existing SKYACTIV-based Mazdas, among other things in terms of outstanding real-world fuel consumption and Mazda’s characteristic driving fun.