Five Mazda concept cars that made the world stare 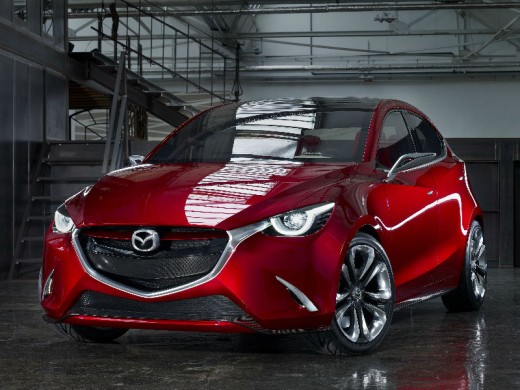 At today’s Geneva motor show, Mazda revealed the Hazumi, a new subcompact concept car that is the latest in a long line of attention-grabbing one-of-a-kind design studies.

The striking looking Hazumi previews Mazda’s next generation B-segment car, and its design shows how the company’s KODO – Soul of Motion design language is evolving to dramatic effect. At the same time, it introduces the next generation of safety technology, in-car connectivity and SKYACTIV engineering innovation, as Mazda strives to redefine standards in the B-segment class.

Here are five Mazda concept cars that made the world stare…

Reality. It clearly previewed the all-new Mazda6, which would go on sale at the start of 2013.

In December 2011, on home territory at the Tokyo motor show.

Enthusiastic, to say the least. The Takeri got the motoring media excited about the production version of the Mazda6, which would be unveiled in less than a year’s time at the Moscow motor show.

Top Gear magazine called its styling “pleasingly aggressive”, while Auto Express was wowed by the interior, comparing it with “sitting in a hi-tech lounge,” and concluding that the future production version would mean “buyers of a family car are in for a treat”.

Sure enough, drivers got what they were promised. When the Mazda6 went on sale, it was pleasingly faithful to the styling language and proportions that Mazda’s design team previewed with the Takeri concept car.

In March 2011 at the Geneva motor show. The finished Mazda CX-5 was revealed that autumn, at the Frankfurt motor show.

What Car? filmed the Minagi at the Geneva motor show, where it made its debut, and was impressed by not only the styling but Mazda’s new SKYACTIV technology, summing it up as “it’s light and efficient; Mazda hopes to improve fuel economy across its range by 30% by 2015”. Top Gear called SKYACTIV “cuddly technology which still responds to driving pleasure”. We couldn’t agree more.

Compared with the concept, changes for the showroom CX-5 were remarkably minimal. Sensible-sized wing mirrors and door handles replaced the delicate alloy items of the Minagi, and the interior design was made more practical (family car drivers don’t really want to spend hours polishing shiny alloy), but other than that the CX-5 gave customers what they were promised by the Minagi’s designers. 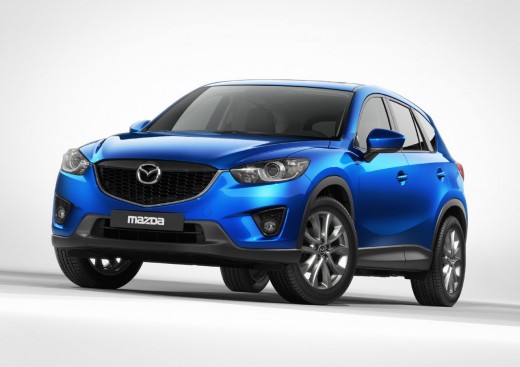 A combination of the two. The Shinari gave a tantalising glimpse of the future Mazda6, but its purpose was to introduce the world to Mazda’s new KODO – Soul of Motion design direction.

In late September 2010, in Milan, Europe’s most fashion-conscious city.

The new KODO design principles were warmly received; Evo magazine reckoned the Shinari was as handsome as an Aston Martin Rapide or Mercedes CLS. But there was a human-interest story behind the Shinari that captured the attention of the press: Ikuo Maeda, the man in charge of Mazda design and the Shinari project, was the son of Matasaburo Maeda, who designed the 1970’s era RX-7. ‘If there’s one thing I want to emphasise, it’s the new emotion you’ll find on future Mazdas,’ Maeda told CAR magazine during a preview of the Shinari.

Pure fantasy. The MX-5 Superlight was created by Mazda Europe to mark 20 years of production of the world’s most popular sports car.

It seems like only yesterday, but was actually back in September 2009, at the Frankfurt motor show.

Mazda wanted to remind drivers around the world that “less is more” – although MX-5 owners hardly need reminding. The press and public alike wanted Mazda to build it, but its stripped-out approach (it was 160 kilos lighter than a production car) was felt to be too extreme for the road. Autocar was one of the few lucky enough to put it to the test, and reported that “you could go on playing with your cornering line, on and off the throttle, for corner after corner; this thing’s a joy.” 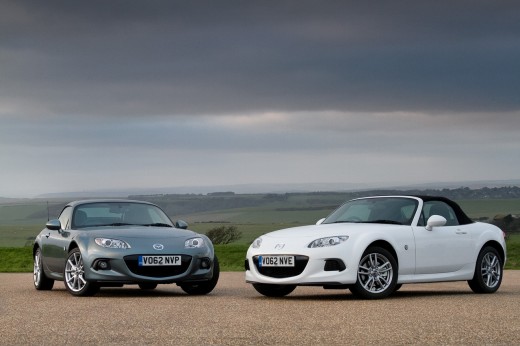 Every inch a fantasy – and oh, how every petrol head the world-over fantasised about slipping into the driver’s seat and powering onto a race track…

In early 2008, at the Detroit motor show. The name, Furai, was chosen because it is the Japanese expression for “the sound of the wind”.

As Peter Andre would put it, the reaction was pure “insania”. The world went crazy for the Furai. Its styling was the most extreme interpretation of Nagare, the styling direction that Mazda adopted from 2006 to 2010. “In the metal, the car looks out of this world,” declared Auto Express. Top Gear summed up the hot racing machine, which featured a 450bhp rotary engine, as “like hell, in a good way.”