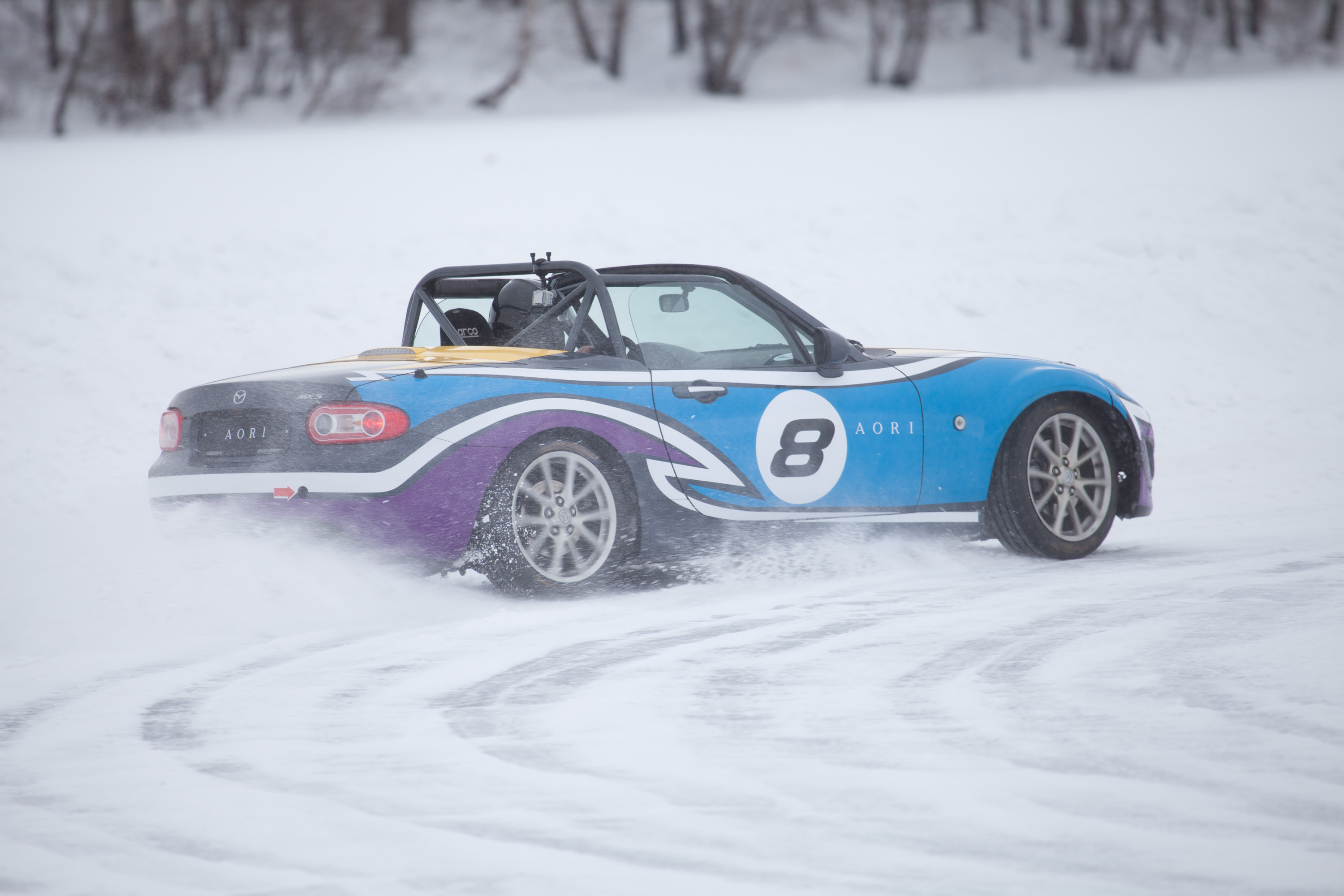 The Mazda MX-5 Ice Race is an international event for journalists to sample and demonstrate the handling virtues of a beautifully balanced roadster on a super slippery surface. Driving a car without a roof around a track carved out of snow on a frozen lake doesn’t sound like the most natural thing in the world. But it doesn’t take long behind the wheel to realise that an icy surface is actually the perfect environment to show how much fun a rear-driven front-engined car can be. 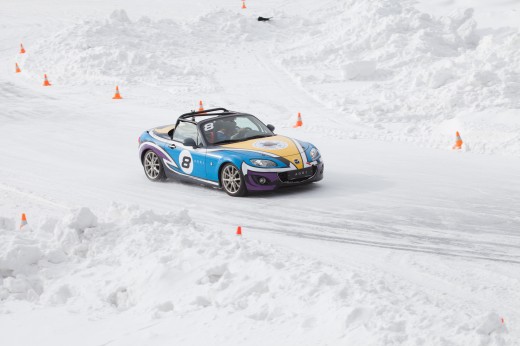 As one of nine teams of writers from around the world gathered at a frozen lake on the outskirts of the Siberian city of Ekaterinburg, British pride was being upheld by a team of four novice racers. Practice hadn’t gone well when the Team GB car was irreparably crashed into a snow bank. However, Mazda Russia managed to find a spare.

There is a light that never goes out

The format of the Mazda MX-5 Ice Race is for a qualifying session in front-wheel drive Mazda3s. How this goes determines the starting grid for a race in Mazda3s. The result of that determines starting positions for the MX-5 race. Qualifying went smoothly for all the teams. With Team GB’s Matt Joy at the helm of a replacement Mazda3, the Brits qualified eighth. Considering times for the four-minute lap from third down to ninth were covered by just eight seconds, there was still hope that Team GB could pull a decent race performance out of the bag.

That faint glimmer was extinguished when in-team confusion saw Team GB fail to get out of the pit lane before it closed. As a result the field had disappeared by the time the British Mazda3 entered the fray.

Both races in the Mazda MX-5 Ice Race were endurance events of 100 minutes. Each driver had to spend at least 20 minutes in the car. And the minimum time the car was allowed to spend in the pits was three minutes so driver changes were hardly conducted in a rush. It was the one element where Team GB excelled. Sadly that couldn’t make up for its deficiencies out on the track and the gap to the main pack was never closed. But at least the car finished. Sadly so did all the others and the plucky Brits, three laps behind the winning Russian car, were condemned to last place on the grid for the MX-5 race.

Down but not out

As any racing driver will tell you, confidence is half the battle. The other half presumably is some aptitude for racing. With the latter largely missing from Team GB, having faith in their own and the MX-5’s talents took on even more importance. With limited practice time it was in short supply on the ice. The result was the field pulled away imperiously from Team GB. By the finish the four Brits were three laps behind the winner which was once again Russia. However, they kept their MX-5 on the track. And it turned out the opposition had a slight advantage. 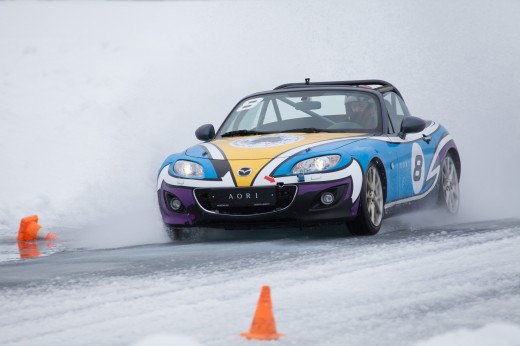 When it emerged quite how experienced some of Team GB’s rivals were, driver coach and professional ice racer Aleksander Sotnikov was impressed with the British team’s efforts. Or at least he said he was: “The fastest Russian guy is a journalist but he’s also a racing driver, and a very good one who competes at a high level on ice,” he said. “There is no shame being slower than him.” Perhaps not. But it would be good not to have finished last. 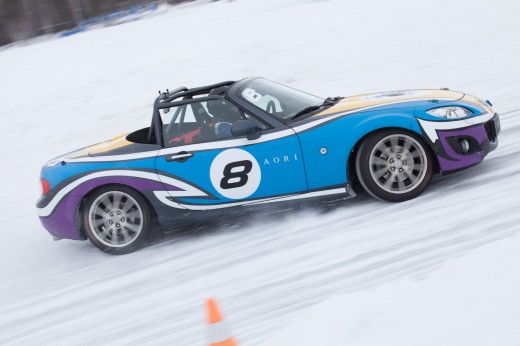