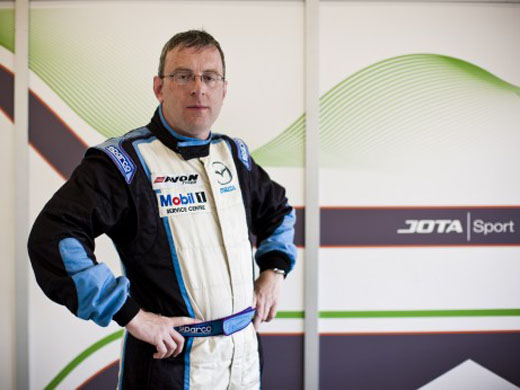 After a season racing the MX-5 GT4 in the British GT Championship last year, it was great to be back in an MX-5. Switching from the highly modified GT4 to the virtually road standard production car meant a reduction in lap time but not a reduction in fun.

Having done two 24 Hour races, countless sprint races, track days and passenger ride days – the production MX-5 is a superb advert for the durability of the world’s best-selling two seater roadster – but for me it’s the fun factor of driving it that really counts.

With a standard engine and gearbox it’s down on power compared to the other cars in the Britcar Production paddock, but with stiffened suspension and upgraded brakes, it’s a real hoot to drive. Strong in the braking zone, with good traction and a lovely balance in the quick corners – you can harass much more powerful full-race machinery into and through the corner. So with the informal atmosphere of the Britcar paddock, I was looking forward to the weekend, which consisted of a 30 minute qualifying session and a pair of 45 minute races, around the Silverstone International Circuit.

Joining me in the car for the weekend was experienced motoring journalist Richard Aucock, and having only contested one race before, he drove in all of Friday’s practice sessions – bringing his lap times down consistently without making any mistakes. One of the least intimidating race cars I’ve ever driven, Richard benefited from the vice free handling of the MX-5 production racer and was looking forward to the race action on Saturday. 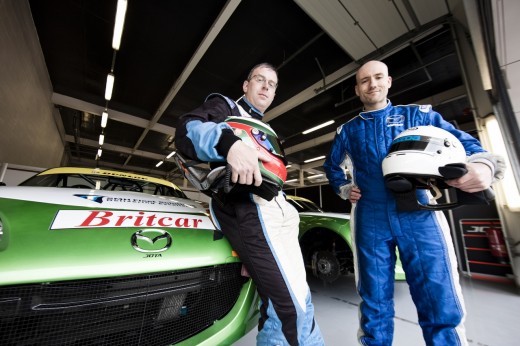 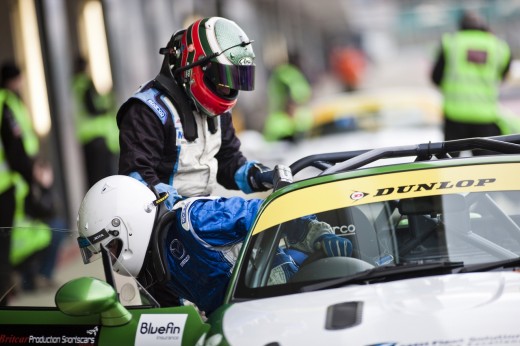 Qualifying was held at 9am on a slightly greasy track and after three smooth laps to get qualified Richard handed the car over to me, for my first experience of the Silverstone International Circuit, which uses the top half of the famous Grand Prix track, including the Wing pit complex, the famous Hangar straight and fast Stowe corner.

Also new for me was competing against, not with, my usual British GT co-driver Mark Ticehurst – who was sharing the other production MX-5 with journalist David Hooper. 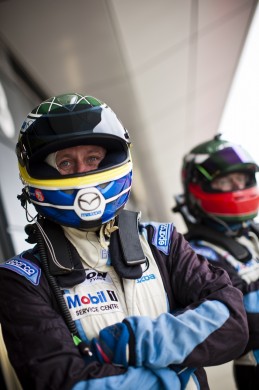 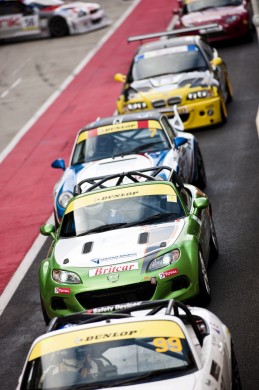 And after a close fought session we ended up being within two-tenths of a second of each other and lined up ahead of half a dozen cars from the more powerful classes.

The first of the two races saw the small Production Sports Car grid line up with the faster Production Endurance grid – making an impressive sight of over thirty cars rolling towards the green light.  But at the first corner a multi car accident saw Mark and I dive either side of the wreckage and come out unscathed – with Mark just ahead. At the next corner Mark was hit by a Honda touring car, which left his back bumper flapping, but we continued nose to tail, battling a gaggle of cars from other classes – including a SEAT Cupra R, a Porsche and other MX-5s.

At the end of the next lap I repassed Mark, only to be bumped off line by a SEAT and passed back by Mark. 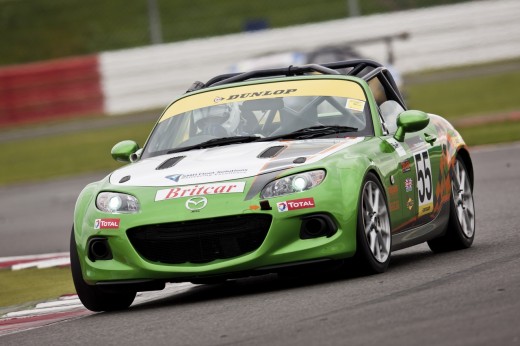 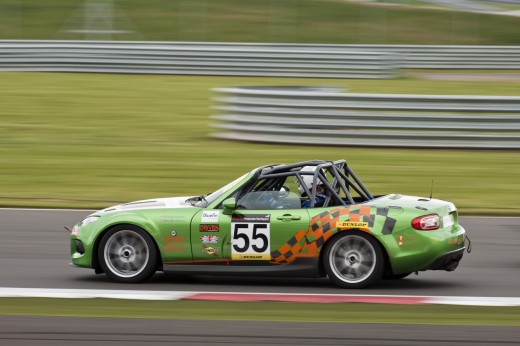 For the next 30 minutes I battled with an MX-5 Cup car and kept Mark in sight, as we both pitted to hand over to our co-drivers. After the stops Richard was running ahead of David, before David’s race came to an abrupt end against the wall, after he made a mistake and spun on the exit of Stowe. Richard crossed the line after a smooth drive to finish fourth overall in the race, just a few seconds from a podium finish.

With Race two just five hours away the Jota and Mazda Technicians worked miracles to get Mark and David’s car fixed in time for race two, while with the weather having taken a turn for the worst, our car only needed a switch to wet tyres, However, the slippery conditions played to the advantage of the well-balanced MX-5 and both Mark and I – ran comfortably in the top four – before handing over to David and Richard, who bought both cars home safely to end the day on a high note.  And most importantly, everyone went home with a smile on their face.