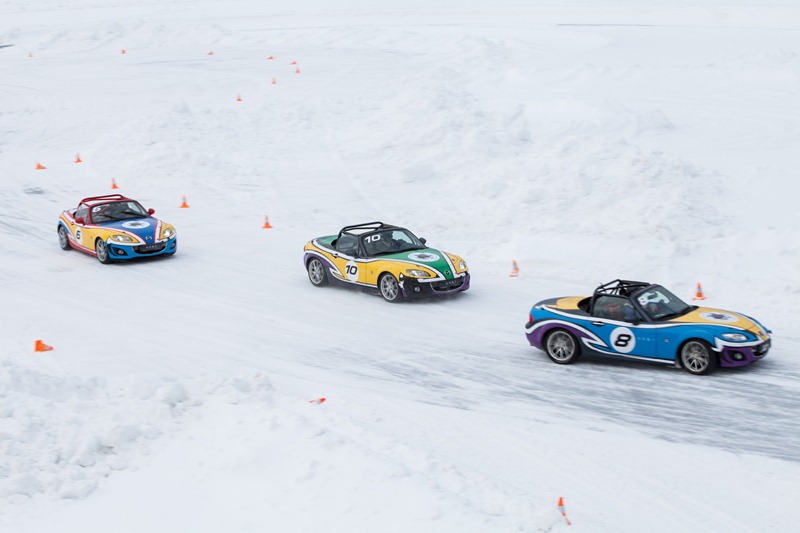 There have been numerous exercises by both Mazda and journalists to demonstrate the silky handling skills of the Mazda MX-5. But none is as graphic – or probably as much fun – as racing them on ice. In the now annual Mazda MX-5 Ice Race organised by Mazda Russia, teams of journalists from around the world compete for bragging rights and an impressive looking trophy on a frozen lake in Siberia.

The cars are Mazda MX-5 2-litre roadsters that are completely standard apart from having studded snow tyres, the seats ripped out and replaced with a single racing shell, the airbags disabled and a roll cage added. Writers from the UK, Australia, Croatia, Serbia, Italy, the Netherlands, Ukraine and Russia then compete on the slippery surface. A mini winter Olympics for cars then. But would Team GB fare as well as our athletes did 1770 miles to the south west in Sochi?

To Russia with gloves

At this time of year the temperature in Siberia is reliably below freezing. In fact, in mid-February it had been -40 degrees C. That’s cold enough to freeze the mercury in old-fashioned thermometers and turn even special cold-weather diesel to a useless gel. Although it wasn’t quite that cold, it was sufficiently chilly to enable ice racing.

The event is held on a frozen lake on the outskirts of Ekaterinburg, Russia’s third largest city. With ice 6m thick it’s possible to carve a track out of the fresh snow so cars can duke it out on the treacherous glass-like surface. The 4km-long track was a mixture of fast and very slow sections. “Conditions will change with every lap,” warned driver coach and experienced ice racer Aleksander Sotnikov.

Treading the line between triumph and disaster

The fine line between going quickly enough to be competitive and sticking it in a snow drift and wasting precious minutes for a tractor to rescue you is a fine one. It’s clearly one that the Russians and Australians know not to cross. The English team did cross it. A number of times. 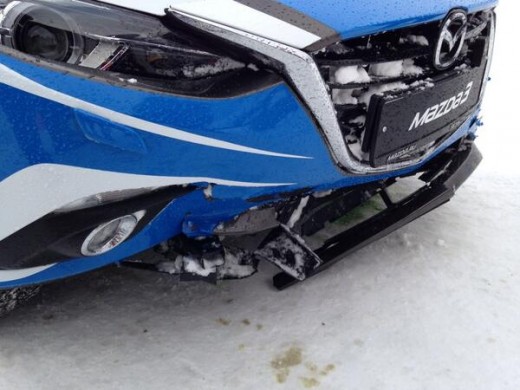 Unplanned facelift for the new Mazda3

Professional racing drivers know that danger can be a punishing mistress to flirt with. The British team of journalists Danny Cobbs, James Foxall, Matt Joy and Daljinder Nagra found out to their cost. One – and as it turned out final ‑ excursion into a snow bank on a particularly fast section of the track damaged the radiator. With a significant and unplanned facelift to the front end and green coolant leaking out, the Mazda3 was retired before turning a wheel in anger.

Team GB’s victory chances leak away… or do they?

The format of the Mazda MX-5 Ice Race is to have a qualifying session in Mazda3s, then a race in Mazda3s, the result of which decides the starting line-up for the MX-5 race. With a mortally wounded Mazda3, Team GB would have had to start the MX-5 race from the back. Thankfully, Mazda found a spare car so the race was on to see if Team GB could put a troubled practice day behind them. See how they do this next week.