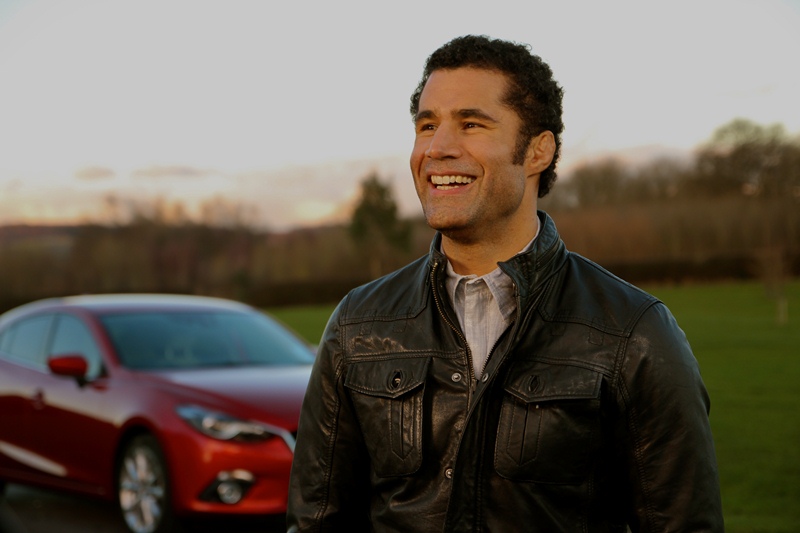 ‘Mazda’s heritage is littered with examples of how we take a different approach to making things better. Our current SKYACTIV philosophy, for instance, is unique in favouring sophisticated engineering and comprehensive weight saving over the simple turbocharging of smaller engines as a means of improving economy and emissions without sacrificing performance…

All our ‘Real Challengers’ share this common theme with Mazda; they’re all recognised as genuine challengers of convention who, each in their own unique way, have made something better in their field.’

Running from today (25th February) to 10th March, the campaign features a series of filmed interviews with 10 Real Challengers who have defied convention through demonstrations of outstanding courage, determination or innovation across the very broadest spectrum of human endeavour.

The remaining five films will go live between 25th February and 7th March, and will feature:

Mazda’s Facebook community will then be asked to choose between one of two challenges to be performed by Richard Parks himself at the close of the campaign -skeleton bobsleighing or a ‘graffiti challenge with help from the community’ type of activity, a film of which will be shown on 31st March.

Participants must use the new Mazda Facebook App to vote for Richard’s challenge, and this will automatically enter them in a draw giving one of them the opportunity to own an all-new Mazda3 for a year.

The competition starts when the App goes live today (25th February), and closes at midnight on 9th March. Entry is through the Mazda UK Facebook page on the ‘Mazda Real Challengers’ tab, accessed via Facebook or http://www.mazdarealchallengers.co.uk.